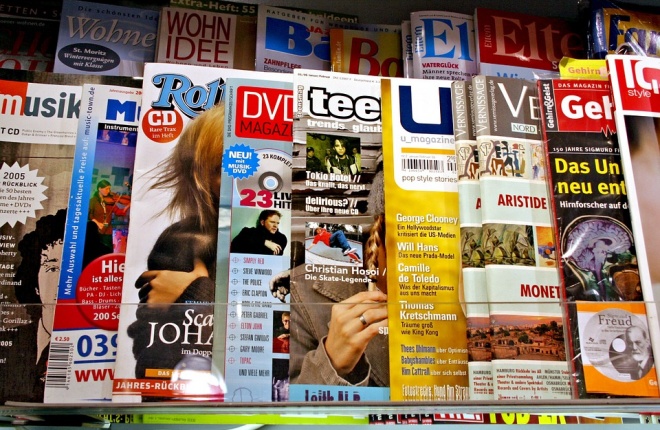 Online since 2007, Immobiliare.it is the leading Italian real estate website. One of the main problems for communicators dealing with companies like mine is keeping the brand on the minds of both users and reporters.

Statistics show that each of us searches for a house 4.2 times in life, but we could not let our customers visit our site only 4.2 times. We realised that it was crucial to develop an idea that would push users and media to browse on Immobiliare.it more often.

After a careful analysis of the Italian web scene, the communication team identified what could become a strong point. We wanted to transform the platform not only into a web search site, but also a news magazine with a special emphasis on real estate news and chat. This had never been done before in Italy.

To do so we decided to revamp a neglected section of the platform: News Immobiliare, adding an ad hoc category, “VIPs and Real Estate”. This was used to target tabloids, previously not interested in Immobiliare.it, but representing a very desirable audience given its large number of readers.

The budget was null, therefore the communication team took over the News section and hunted Immobiliare.it’s listings database for properties linked to celebrities, in order to create desirable content for the press and have the website indexed on the main search engines.

In a short time, the team found several estates linked to lots of VIPs, historical figures or even locations for important films such as The Great Beauty. Every property was presented with a 300-word post, rich in images that came from the website. Periodically an email was sent to inform the press that Immobiliare.it featured for sale the houses of Marcello Mastroianni, Catherine Deneuve, Federico Fellini or other celebrities. The email had a link to the post, one to the advertisement and some of the images, while others could be requested directly at the press office of Immobiliare.it.

Without having to recall, the section went viral in a short time and the tabloids drew from it independently. The echo generated by some news was such that media from France, UK, Germany, Poland, Austria, Brazil, Portugal and many other countries covered Immobiliare.it’s news. Media that are not usually concerned with Real Estate – such as Vanity Fair or even Playboy – mentioned Immobiliare.it!

Most of the articles published online featured the direct link to the advert, with great benefits for SEO, while the visibility given by newspapers, radio and TVs increased the appeal and recognition of Immobiliare.it.

Without any proactive media stimulation but for one email, from January to November 2015 News Immobiliare produced 1268 press features in  Italian media, more than a hundred in the foreign press and an incalculable number of mentions on social networks. The web visits on the page increased by 59%, the time per person by 65% and the generated echo was so loud that it pushed competitors to start similar sections on their platforms.

News Immobiliare is now an informative point for the press, a crucial section for content marketing on the website and accountable for the new re-launch of Immobiliare.it. Moreover this action, that we called It’s the gossip, baby!, made clear and evident that an effective cooperation between PR and Content Marketing is not only possible, but desirable.

They both benefited from the other’s action and they’re now much stronger.

Andrea Polo is communication director at Facile.it, a leading Italian comparison website. He formerly held the same role at immobiliare.it. He has more than 17 years of communication experience obtained working in-house at some of the most innovative companies including eBay, and Facile.it. Andrea is credited with many corporate and consumer public relation successes, both on a national and on an international level and has been awarded six European Excellence Awards.