Is clarifying and formalising the “official truth” the true purpose of internal communication? 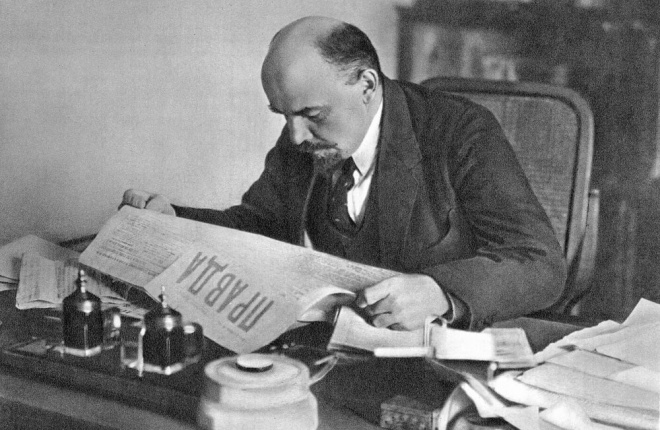 Back in the old days in Russia, in many cities and neighborhoods, at metro stops and bus stops, there used to be glass cases housing copies of the current issue of Pravda.

Pravda, which meant “truth” in Russian, was often mocked in the West by those who claimed that its name belied a lack of actual factual content. Yet, Pravda remained the country’s biggest newspaper, avidly read by purchasers and the souls who gathered around those glass cases.

While a whole industry has emerged to push a role for internal communicators as corporate cheerleaders, employee-wellbeing advocates and large-scale event planners in recent years, the role of working with stakeholders to analyze ambiguous issues, helping resolve them by framing coherent stories and defensible rationales, and integrating these stories into a coherent “official truth” is the most valuable role we play, in my view.

Of course, this turns the current thinking about internal comms on its head. It focuses on the role of the content itself rather than the needs of the reader, especially when it emphasizes bits of the official truth which have high impact on relatively small groups of people. But why shouldn’t helping small groups of people align common approaches to high-value problems be as important as stimulating high readership among large numbers of employees with low decision-making authority or influence?

Large organizations are often chaotic, with lots of agendas, leaders, priorities and initiatives, relatively few with a mass audience of their own. But when internal communicators have the license to work with stakeholders and create stories that address and clarify ambiguities, we have the ability to continually create and reinforce that corporate story, and in so doing, accelerate the resolution of business problems.

But these taunts criticize internal comms for excessive cheerleading and misplaced positivity rather than for taking on the serious business of helping stakeholders define the “official truth” and clarifying where employees stand and what they need to do.

In my view, our role should be much more Pravda-like. By focusing on clarifying “official truth,” we help leaders and employees know where they stand and what is expected of them and provide a clear starting point for further conversation. If that isn’t a proper focus of internal communication, what is?