To understand what people expect chief executive officers to say and do on the hottest social issues, why not ask one of the toughest audiences to win over: technology professionals? 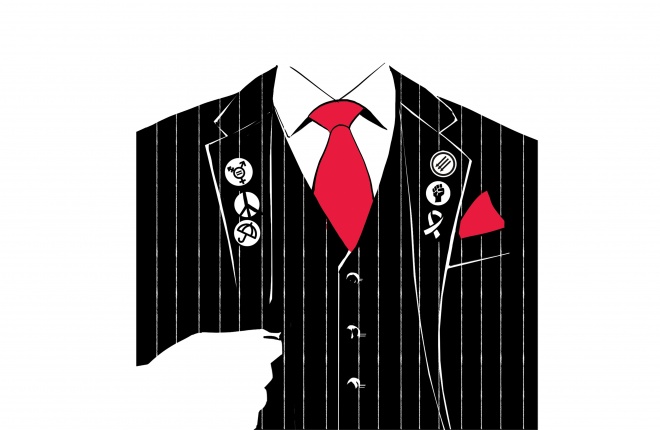 A recently released survey of technology professionals, such as software/application developers and software engineers, finds high levels of positivity toward CEOs who speak out on hotly debated current issues.

The research, commissioned by global communications and marketing services firm Weber Shandwick in partnership with KRC Research, surveyed 502 technology professionals working in a variety of sectors in seven global markets. According to CEO Activism in 2018: The Tech Effect, 82 per cent of tech professionals have a favourable opinion of CEO activists and 81 per cent think CEOs have a responsibility to speak up about issues that are important to society.

Why focus on the opinions of this employee segment? In every market and every sector today, these professionals are highly coveted for their highly specialised and advanced skill set. Our study, a first of its kind among this select audience, demonstrates that chief executive officers s are increasingly expected to take principled positions on societal issues by this group.

When survey respondents were asked how they recall hearing or seeing CEOs take public positions on hotly-debated current issues, global tech professionals most typically cite social media (56 per cent) and newspapers, television or radio (55 per cent). When asked why they believe CEOs take such a measure, they most typically say, “to build the company’s reputation” (42 per cent).

Importantly, tech professionals acknowledge that CEO activism is not without any risk. More than half (52 per cent) identify the top risk as criticism in social media followed by criticism from traditional media (47 per cent). Clearly, CEO activism is a slippery slope that can build reputation but also risk disapproval if not handled well.

Nearly nine in 10 tech professionals – 88 per cent – agree with the statement, “CEOs need to speak out when their company’s values are violated or threatened” and 78 per cent believe “Employees today expect their CEOs to speak out publicly on their behalf.” These findings reveal that there is an expectation for CEOs to represent the company culture and values in a very public and demonstrative way.

An example of a CEO standing up for its employees is EY Chairman and CEO, Mark Weinberger. In a message posted to EY’s website, he said the company communicated EY’s commitment to its employees in the wake of the U.S. administration’s 2017 immigration ban. “The strength of EY lies in our people, values and culture, all of which are built on a foundation of respect for all individuals. We have worked hard as an organisation to build a culture that values differences across all backgrounds, geographies and faiths. This commitment to a diverse and inclusive culture remains steadfast. It gives confidence to all our people that they belong as part of our EY family.”

The link between company values and CEO activism among tech professionals cannot be overlooked. The stakes are high when a large 79 per cent report that they would be more loyal to their employers if their CEO took public positions on current issues and events.

"The link between company values and CEO activism among tech professionals cannot be overlooked."

The survey presented respondents with a list of 19 current issues and asked them to identify which ones they feel CEOs and other business leaders should speak out on and express their opinion. More than two-thirds of respondents cite these issues as the most appropriate for CEOs to address publicly:

Gender equality is among the topics that CEOs have in fact addressed publicly during the past year. At the dawn of the #MeToo movement in early 2018, Daniel Ek, CEO of Swedish music-streaming company Spotify, told Politico, “#MeToo is a real thing. Personally, I highly recommend and support all the women that are coming forward with these stories and I’m appalled [at] how widespread this is. It’s giving me room to think and reflect on the fact that we have a lot to do as men: what kind of work environments and the level of standards we’re setting.”

As the CEO activism movement builds momentum, companies have a rare opportunity to make an impact on tech professionals, who can be a hard to attract and retain segment.

Although this tech segment acknowledges the risk of CEOs speaking up, they expect their leaders to be public advocates when it comes to issues that impact people’s lives. They also see CEOs who speak up as consciously building corporate reputation and doing what is right for society and the world.

Based on our ongoing findings from the series of research Weber Shandwick has conducted on CEO Activism over the past three years, Weber Shandwick recommends that CEOs and their companies consider the following guidelines to make the most of the CEO activism opportunity, whether they choose to speak out publicly or not.

With its roots in contentious political and social issues in the US, CEO activism is poised to go global. Indeed, many non-U.S. tech professionals – ranging from 55 per cent in Canada up to 86 per cent in Brazil – expect that more CEOs will speak out in the next few years. In the words of one Chinese tech professional we surveyed, “CEOs get maximum media attention and their views are widely broadcast.”

Weber Shandwick partnered with KRC Research to conduct an online survey of 502 adults who reported to be employed in one of the following professions: software/application developer, software engineer, web developer, database administrator, computer systems analyst, computer programmer, software QA engineer, network system administrator, business intelligence analyst or data scientist. The survey describes CEO activism to respondents as follows: “In the past year or so, some chief executive officers (CEOs, or top leaders of companies) have spoken out publicly and taken a stand on controversial issues. For example, CEOs have spoken up about social, political and environmental issues such as climate change, income fairness, same-sex marriage, immigration, gun control and discrimination.” The survey was conducted from May 9 – June 6, 2018 in the following markets: Brazil (n=50), Canada (n=50), China (n=102), India (n=50), Mexico (n=50), the US (n=100) and the UK (n=100).

For the full CEO Activism in 2018: The Tech Effect presentation, visit www.webershandwick.com/news/ceo-activism-2018-tech-effect

Chief reputation strategist at Weber Shandwick, Leslie Gaines-Ross is the architect of award-winning research into CEO and corporate reputation, CEO transitions, corporate rankings, online reputation, executive visibility, thought leadership, and reputation sustainability and recovery. Leslie is the author of two books, CEO Capital: A Guide to Building CEO Reputation and Company Success and Corporate Reputation: 12 Steps to Safeguarding and Recovering Reputation. Follow Leslie on her blog or on Twitter at @ReputationRx or @social4CEOs.