If not me, then who?

Faced with challenges in trust and transparency, communication professionals must remember that communications is not owned by any one individual, group or department, but is in fact a collective effort. 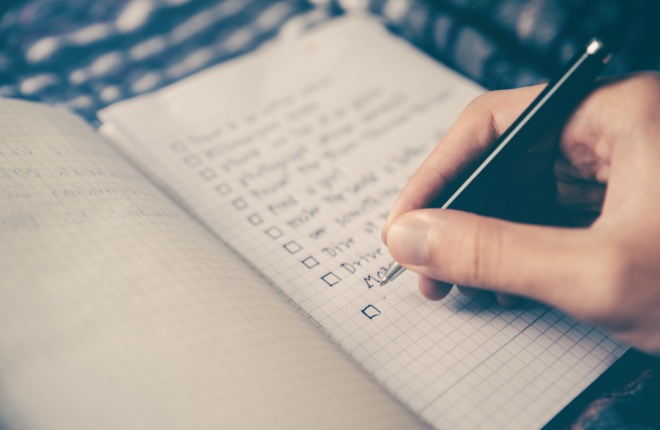 Photo by Glenn Carstens-Peters on Unsplash

It seems we as communication practitioners are not necessarily the only people – or indeed the right people – to respond to a communication challenge.

This may sound paradoxical – and even as though we are talking ourselves out of a job – but it is true. Organisational communications is a team game and we must remember the sports cliché, “there is no I in team”.

This argument proposes that we, as specialists in our roles, may not always be the right people to develop communication or indeed to deliver it. And this may even apply when we are dealing with the bread and butter of delivering corporate messages for our organisations. Why? Let us look at three themes explored in this year’s European Communication Monitor: trust, advocacy and transparency.

Trust in the communication profession

As communicators, we continue to live in challenging times, with plummeting trust levels in our profession. In several countries, trust in mass media and journalism is declining. This loss of trust might also be true for other communicators, especially those who communicate on behalf of companies and other types of organisations. This is a key challenge for the profession, as communicators need to be trusted by the people they work for, e.g. top executives and (internal) clients. But they are also dependent on the trust of journalists, bloggers, influencers and publics with whom they interact.

The 2019 European Communication Monitor is the first study to comprehensively explore the topic of trust in the communications profession across different levels, stakeholders and countries. The findings demonstrate that practitioners experience low trustworthiness, with the profession only trusted by two thirds of top executives (67.5 per cent), and by a minority of influencers and bloggers (47.5 per cent), journalists (39.1 per cent) and ordinary people (27.6 per cent). Generally speaking, the perception of trust levels in the profession is higher in northern and western Europe than in southern and eastern Europe.

Professionals are more positive about the perceived trust in their departments or agencies. A positive attitude either by executives in their own organisation or by clients is reported by 85.1 per cent, followed by 73.9 per cent who perceive trust from journalists, 70.1 per cent from publics and 68.4 per cent from influencers and bloggers. Interestingly, trust in communication departments is experienced significantly lower in government-owned, public sector and political organisations.

Professionals are the most positive about the perceived trust they enjoy personally. A vast majority feels trusted by their colleagues, bosses and internal clients, as well as by external stakeholders and audiences. On the personal level, hierarchy matters: communication leaders feel more trusted than professionals in other ranks. The data also reveals some gender differences: women report more trusted relationships with external stakeholders, but men claim to be on better terms with top leaders of their organisation.

Communication and public relations professionals are not the only spokespersons for organisations. Formal representatives like CEOs and board members, or marketing and sales people, as well as other employees and members of the organisation also play a role. External experts in the field, customers, fans and supporters, and even activists can also provide support. Knowing about different advocates and choosing or supporting them carefully is an important part of strategic communication.

This year’s monitor asked professionals how they experience the trust of the general public in different groups speaking on behalf of their organisation. Practitioners think that most other advocates are more trustworthy than themselves. They perceive external experts in the field (like professors or consultants) as the most trusted (70.3 per cent), followed by leaders of the organisation (CEOs, board members and top executives; 66.7 per cent), external supporters like fans or customers/clients (63.9 per cent). Other employees or members of the organisation are reported to achieve a similar trust level like communication professionals (61.0/60.6 per cent). Marketing and sales representatives are rated lower (43.2 per cent). Public trust in external organisations, such as activists who act as advocates for organisations, is perceived surprisingly low (31.6 per cent). Respondents working in non-profits rate public trust in external experts and supporters significantly higher than their peers in other organisations, and they also experience a higher level of trust in themselves.

Professionals do not perceive much distrust in advocates speaking on behalf of organisations. Only 4.4 per cent of them report distrust and the majority of 52.5 per cent thinks that ordinary people in their country trusts organisational advocates. But there are significant differences across Europe. The perception of overall public trust in advocates is lowest in Germany, France, Poland, the United Kingdom and Italy; and highest in Ireland, Finland, Norway and Sweden. 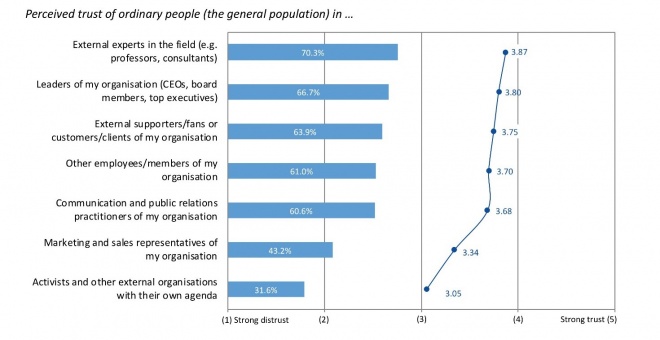 Challenges of building trust and transparency

Returning to trust, a key influencer of trustworthiness is organisational openness and transparency.  Transparency includes several dimensions: sharing substantial information, allowing stakeholders to participate in information decisions, providing information that holds the organisation accountable and being open. At the same time, transparent communication is often used as a buzzword and is difficult to achieve in practice. Many issues like strategies and internal processes are well-kept secrets, and others like political standpoints of the top management might have controversial effects when debated openly.

The 2019 European Communication Monitor asked communication professionals about the challenges they encounter when trying to build trust and transparency. The results show that enhancing trust with stakeholders is a key goal for practitioners in their daily work. When comparing different trust objects, enhancing trust in the organisation and/or its brands is mentioned most often (by 89.3 per cent). Enhancing trust on the institutional level of the market, business or sector ranks second (82.0 per cent) and enhancing trust in organisational leaders comes third (79.1 per cent).

Practitioners report that transparency, defined as telling what you know and disclosing contexts, is the most difficult to achieve and therefore the biggest challenge of trust-building communication. Most respondents (71.0 per cent) think that this is sometimes, often or always challenging. Being knowledgeable and being ethical are considered less problematic.

The study shows why it is hard to communicate transparently in the world of business and organisations. Practitioners find it most difficult to communicate transparently about the political stance of their leadership team (41.1 per cent think this difficult) and about internal processes and workflows (35.1 per cent). Being transparent about employees or members and top-level strategies is also tough (reported by 24.2/23.6 per cent). According to the respondents, it is much easier for organisations to be transparent about their purpose, mission and vision (only 7.7 per cent think this difficult) and about their products and services (10.9 per cent). An overall Transparency Index based on 10 different items shows that organisations from northern Europe find it less difficult to be transparent than organisations from other parts of Europe. 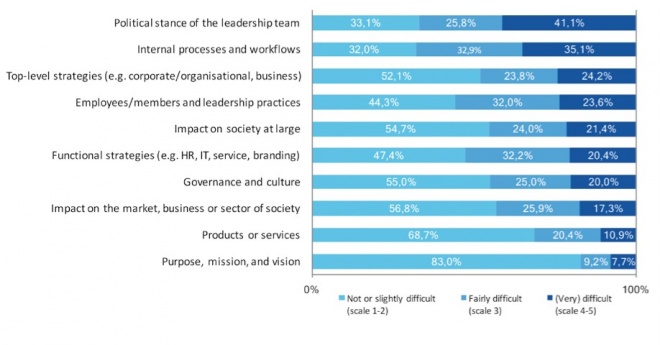 Figure 4: Transparency index for communications: Organisations from Northern Europe find it less difficult to be transparent 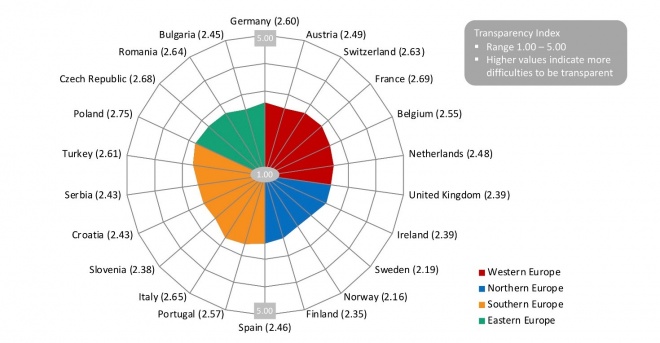 The 2019 European Communication Monitor results show that trust is an ongoing issue for strategic communication. Practitioners experience most trust on the micro level and least trust on the macro level. They feel most trusted by top executives and much less by the general public. The findings about public trust in different speakers are partly in line with previous research based on stakeholder surveys and public opinion polls. Communication professionals think that employees are more trusted than themselves, but not as much as the literature suggests. Practitioners have also, contrary to what the literature says, a strong confidence in the trust people have in leaders of their organisations. The results show that transparent communication is not easy to achieve for organisations, and it seems especially difficult to be transparent about strategies and processes used to reach organisational goals.

Once again, the European Communication Monitor sheds interesting light on some of the on-going complications of organisational communication. Constructively, it also reinforces that communication is not owned by one individual, group or department. It is a collective effort.

Ralph Tench is professor of communication at Leeds Beckett University, UK, where is also serves as the director of research for Leeds Business School. He is also the current President of EUPRERA (European Public Relations Research and Education Association).