Creating a movement through powerful storytelling 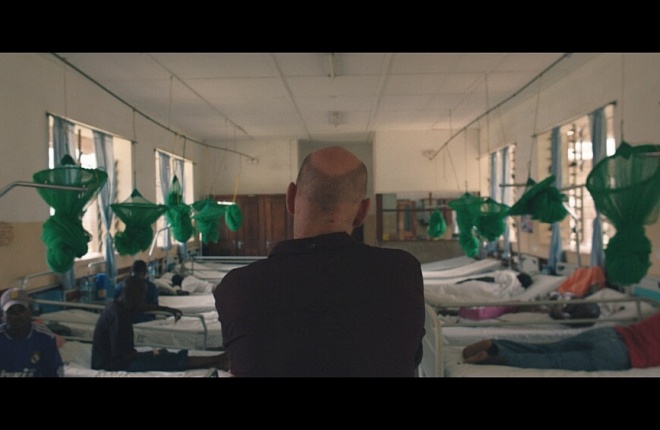 As a science-based company, DSM wanted to raise the profile of science and the positive impact science has on society. So it paid tribute to the lives and struggles of real scientists in a campaign strongly connected to the brand promise, purpose and business of DSM.

(Image: A still from DSM’s movie, Unsung Heroes of Science)

However, after a few years we began to notice that sustainability as such became an increasingly difficult area in which to differentiate our business as more companies tend to claim this domain. Furthermore we faced a growing mistrust of science among the general public which does not help the acceptance of the disruptive solutions we are developing as a company. So we started thinking about ways to address this problem.

DSM is a predominantly business to business science-based company, active in health, nutrition and materials. It is not a company in which we used to ask each other how stuff made us feel. Our communications used to be very factual and, to be honest, quite dull.

This, however, changed when we launched our new brand in 2011. We introduced our brand promise ‘Bright Science. Brighter Living’ and company mission: improving the lives of people today and of generations to come. We also affirmed one core value: sustainability. This brought a lot of energy into the organisation and added a sense of purpose to everything we were doing.

To do so, we went back to the core issues and determined what was really unique to us: we are committed to using our unique science competences to positively impact society.

In order to truly connect with our stakeholders, we decided to use storytelling to pay tribute to the importance of science and its impact on society.

We chose to make a film in which real scientists with real and inspiring stories were portrayed. What’s more, they were scientists who were in no way connected to DSM. The film was the centerpiece of the Science Can Change the World platform on which we shared stories of unsung heroes of science in greater detail and where we also invited people to share their ideas and leave comments.

Importantly, the campaign was ‘brought to you by’ DSM but was not (only) about DSM. 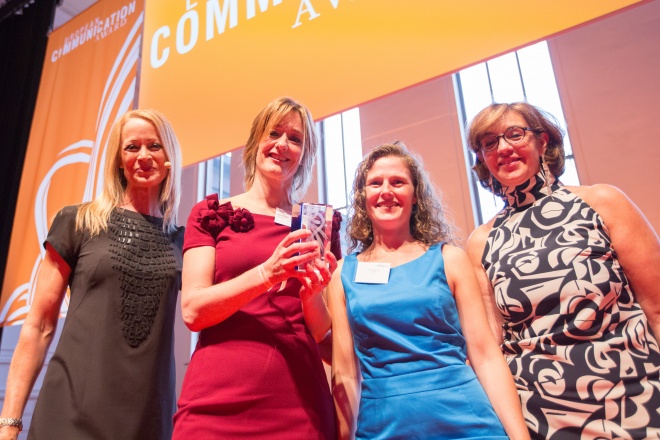 The campaign highlighted the difference that science is making to our global society and it does this based on several key points. The first being that we believe science deserves to be in the spotlight, and that there are scientists out there you’ve never heard of making a real difference to big societal issues. As one of the campaign’s messages put it, “Great inventions change lives – including those of the scientists that create them” and we wanted to show the struggle, sacrifice and tenacity behind every scientist’s success. By acknowledging that science is a team sport and that 99 per cent of scientific innovation happens outside DSM, we are walking the walk by putting the scientific spotlight on others. We also addressed not only the usual DSM stakeholders but a broader public.

The film was premiered during a global internal launch event which stimulated employees to share and comment on the film and campaign. The film was subsequently shown externally at over 30 science and society-related events and conferences. With a global seeding campaign and earned media/word of mouth approach, opinion leaders and influential bloggers were reached. This was followed by an owned media approach in which DSM boosted #brightscience.

“Storytelling and branding are vital to getting our message emotionally wired.”

The results exceeded our expectations, both from a quantitative and qualitative perspective: about five million movie views, approximately 40,000 people visited the campaign platform, and dsm.com/science received over 50,000 visits. Overall online sentiment was 100 per cent favourable, while DSM’s share of voice on science and society compared to its seven key competitors grew from 18 per cent to 45 per cent. Engagement with DSM owned channels (shares, comments, likes) was more than 33,000.

I would break down the key to this success into three elements: 1) the fact that the campaign stories communicated values, passion, emotion, higher purpose and not just a dry set of facts; 2) the fact that we developed an integrated on and offline campaign strategy; and 3) the underlying strategic message that clearly fitted with the values and mission of our organisation.

However, everything is a learning experience, and if I had to pick one element that we could have improved at the beginning, it’s articulating how this campaign moves the needle for our DSM businesses. In our follow up steps we addressed this by applying powerful storytelling to convey stories about our businesses.

As an example, watch the video “Chris Reutelingsperger shares the challenges he faced in scaling-up a waste free carpet technology” on DSM’s YouTube channel. Chris Reutelingsperger is the co-inventor of a circular economy breakthrough that makes it possible to reuse products again and again. So materials never go to waste and the materials’ loop can be fully closed. In the video, Chris talks about the struggle and financial risks it took to scale-up his invention to benefit society before his company entered into a joint venture with DSM.

This helped to engage with a prospect that was notoriously difficult to convince of our technology. Despite the fact that we worked with them for quite some time, it wasn’t until we showed them the video with Chris that we made exactly the desired emotional impact. This proves that communication, storytelling and branding are vital to getting our message emotionally wired into the key decision makers.

As global director of purpose and brand at DSM, the Dutch multinational active in the fields of health, nutrition and materials, Inge Massen is responsible for embedding purpose into all  aspects of the company, developing thought leadership on what it means to be a purpose-led organisation and leveraging the impact on stakeholders in close collaboration with the businesses, functions and regions. Furthermore, she is responsible for shaping and developing the DSM company brand strategy. Inge has 25 years of international experience in business-to-business branding, marketing and communications in a broad range of markets.