In the event of change

When it comes to communicating international climate conferences, is media coverage a help or a hindrance? 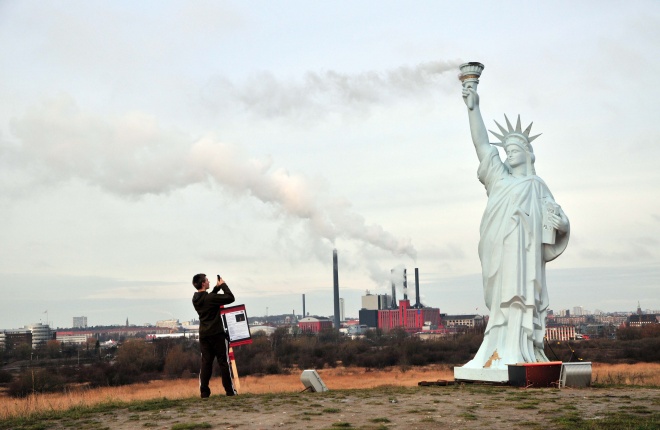 At the end of 2009, world leaders and national representatives from across the world gathered in Copenhagen for the United Nations Climate Change conference. The Bali Road Map, the outcome of the 2007 conference, had promised that a framework for future climate change mitigation was to be created in Copenhagen.

However, by the final day of the event, the international media were reporting on the stagnation of the negotiations. For example, the Associated Press wrote, “The U.N. climate talks were in serious disarray Friday, with delegates blaming both the US and China for the lack of a political agreement that President Barack Obama, China’s premier and more than 110 other world leaders are supposed to sign within hours”.

In the end, the 2009 UN Climate Change conference produced the Copenhagen Accord – a document that delegates agreed only to “take note of”.

As this example shows, climate change issues are far from resolved at major conferences. This is despite research findings becoming more assured – in 2014, the most recent Intergovernmental Panel on Climate Change assessment report declared high confidence that human activity is disrupting climate systems. But what role does media coverage play in the perceptions – negative or positive – of climate change conferences? Is the media just a passive recorder of the daily developments at such conferences, or do their coverage actively shape the outcomes of these events?

Professor Alison Anderson, editor in chief of the Routledge journal Environmental Communication, suggested in a 2009 paper that the lack of homogeneity and dominant sources of information in the media coverage of climate change is reflected in the unsettled nature of societal climate change perception. Considering the competition between multiple actors such as scientists, industry bodies, policymakers and NGOs in having their voices heard on climate issues, Anderson suggests the media “play a crucial role in framing the scientific, economic, social and political dimensions through giving voice to some viewpoints while suppressing others, and legitimating certain truth-claims as reasonable and credible”.

The actors involved in climate change policy and opinion are especially prominent during climate conferences. At Conference of the Parties (COP) 21 in Paris last year not only were 150 heads of state in attendance but other political figures such as governors and mayors joined as well. Also competing for media attention were those on the political periphery such as business executives and environmental non-governmental organisations (ENGOs).

According to a 2016 paper ("Who prevails in the visual framing contest about the UN Climate Change Conferences?") rom media and climate academics Antal Wozniak, Hartmut Wessler and Julia Lück, in the 20 years of increasing media attention before Copenhagen and even in the decreased coverage since then, UN Climate Change conferences and the simultaneous COPs have been a focal point.

Climate change is a tough topic for journalists as it lacks the short term impact and simplicity favoured by traditional news values. And although climate conferences provide journalists the opportunity to gather quotes from important players in the global climate debate,  focused coverage across one time period does not necessarily mean that significant climate news will continue to gather attention.

As part of a project called Down to Earth, a German research team recently looked at how the news from the UN Climate Change conference in Paris reached and influenced citizens. Speaking with Communication Director, the team’s Dr Imke Hoppe of the University of Hamburg says that other issues may be more significant in the media and in public attention during climate conferences. “At the time of the conference last year in Paris, coverage related to terrorism and immigration issues was high on the agenda of the audience,” she explains.

Although the concentration of climate coverage does mean policy breakthroughs and blunders can be overshadowed by other current affairs, the annual UN Climate Change conference has now become part of the yearly news cycle. However, the focus of the coverage has not remained static.

In 2012 Professors Risto Kunelius and Elisabeth Eide of the University of Tampere’s MediaClimate Project identified two broad positions taken by journalists when covering the conferences. The first of those constructed a discourse calling for a decisive, multilateral agreement. The second focused on a narrative of competing national interests. The academics argue that as this second position has gained prominence there was a change of tone following COP15 in Copenhagen, which challenged the realistic chances of a multilateral agreement and legitimacy of transnational organisations.

In contrast to COP15, COP21 in Paris has been hailed as a positive step forward in global climate negotiations, with the Paris Agreement representing a consensus of all 196 nations represented. As French president Francois Hollande stated during the close of the conference, “In Paris, there have been many revolutions over the centuries. Today it is the most beautiful and the most peaceful revolution that has just been accomplished – a revolution for climate change.”

But how does media coverage of the event translate into societal interest and perceptions?

Dr Hoppe explains that the results of a survey performed as part of the Down to Earth project suggested that most German citizens were using traditional media platforms to access information about the event.  “Many people gathered information about the conference via television. Over 50 per cent of those who had received information about that event more than once  a week were using TV,” she says. “Following television was radio with 35 per cent and newspapers with a little more than 20 per  cent. All online channels were reported by less than 25 per cent of participants, including online news providers, Google News and mail providers with 21 per cent, social networks with 16 per cent, and Twitter and blogs with only five per cent.”

The Down to Earth project found that media coverage did not translate into behavioural change. Coverage of the event had close to no effect on citizens, no matter which medium was used to access the news. There was also a lack of emotional response to the news reported by the participants, perhaps due to their attention being focused on other issues that were prominent in the media at the time.

UN climate conferences make for complex coverage given the various agendas being promoted by the vast number of representatives at the events. Although often side lined in mainstream coverage of public policy issues, ENGOs have a unique chance to influence the media agenda during COPs with journalists on tight deadlines looking to supplement the quotes from state delegates and other political actors. According to Wozniak, Wessler and Lück, global ENGOs such as Greenpeace or WWF bring both campaigners to organise public relations stunts and to mobilise supporters during conferences as well as policy specialists who are trying to engage with elite-oriented media and national delegations.

However, the same research does suggest that content from ENGOs serve mainly as “camera fodder” in the coverage of the conferences. Only 13 per cent of statements quoted came from ENGOs, with elite sources like national and intergovernmental political actors heavily favoured comment on the policy debate. The authors also point out that it is yet to be determined whether visual public relations stunts have any effect on the behaviours and attitudes of the public.

According to the Down to Earth project this approach fails to communicate the conference comprehensively. In focus groups held as part of the study, negative views of the coverage were also prevalent, with  disappointment expressed by those with interest in climate change issues. “Many participants described the same phenomena,” says Dr Hoppe, “being letting down by a big spectacle like a Conferences of the Parties – as if they are sitting in the audience but nothing is happening on stage,” she explains. “The stage seemed to be empty because the media does not translate what is going on behind the scenes in the backstage negotiations.”

One suggestion is that journalists should provide greater insight into the mechanisms behind the decisions made, particularly as a message of hope was able to shine through in Paris, despite the frustration felt with the media coverage.

“Journalists should provide greater insight into the mechanisms behind the decisions made.”

“The only positive media effect that we found was that people were more likely to believe that we can fight against climate change as a global community,” says Hoppe. “The memories of the conference in Copenhagen caused a lot of negativity. They said, ‘the topic is too huge. We can’t fight climate change’.

But we saw relief in participants following Paris and this helped show climate change as a topic that is not so negative and depressing. There isn’t a feeling of individual responsibility but more on a general level. There is the feeling that the challenge is not without hope. It is good to fight for it.”

1. WWF installs an ice sculpture of a polar bear in Copenhagen in 2009 that melts to reveal a bronze skeleton over the course of the conference.

2. Greenpeace immersed models of iconic manmade structures in the sea off Cancun in 2010 to warn against rising sea levels.

4. Brandalism places 600 fake advertisements through Paris designed by 82 artists to protest the role of advertising in promoting unsustainable consumerism.

Main image: a passerby takes a picture of an installation erected in protest against pollution, near the site of the United Nations Climate Change conference in Copenhagen, Denmark. Photo: Flickr/Neil Palmer (CIAT)