How communicators must adapt to ever-shrinking attention spans by building on engagement. 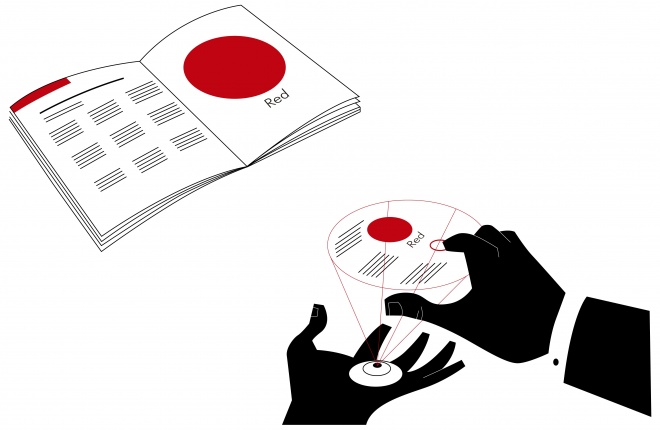 It is no secret that it’s harder than ever to attract the attention of people we want to influence, whether inside or outside the organisation. But are we really paying attention to ‘attention’? Frenetic change in digital environments makes that question more important than ever.

It is especially important for communication directors who are not only accountable for getting measurable results but also for communication team members who must deliver that effectiveness through considered use of multiple platforms. Yet never has it been less true that “if you build it, they will come”. That’s because in an age of info-glut where attention is arguably the most valuable currency in the media world people are wary of investing their time and energy into comprehending content they can’t quickly see will benefit them.

We are all forced to become ‘cognitive misers’, doling out attention in ways that minimises drain on thought processes – simply as a way of surviving the deluge of data that would otherwise swamp us.

But navigating content confusion is not the only challenge. Along with working out what to pay attention to (often done through use of handy mental short-cuts) audiences are less and less willing to spend time on material presented to them, even if it is relevant long-form subject matter.

A recent Pew Research Centre study of what Americans read on their smartphones showed that they were willing to read longer pieces – but averaged only 123 seconds per article in doing so, and tended to read only one longer story a month from a given website. All the rest were bite-sized chunks (so-called ‘snackable content’) on which smartphone users tended to devote about 60 seconds. A Microsoft Canada study also pointed to contracting human attention spans, suggesting that in 2013, in digital environments, they were around 8.25 seconds, roughly a second less that the focus an average goldfish can sustain.

While that study was not only widely publicised but also criticised by one commentator as made up, what does seem clear is that digital engagement is shortening attention spans, even if it might not be rewiring our brains, as other writers suggest. In the end, that change is what counts, not whether the attention lasts eight seconds or eight minutes. There is a counterpoint, though: according to the Microsoft study, at least for some people, digital engagement is sharpening their ability to process information in short bursts of high attention.

What does all this mean for communication directors who recognise that gaining attention is critical for affecting beliefs and behaviour? Exposure to information does not equate to influence, nor does a message sent necessarily mean a message received.  As digital environments evolve, communicators need often to recalibrate their understanding of how attention and influence are working. For example, visual communication can exploit the ‘picture superiority effect’, which suggests that pictures and relevant text are more memorable than words alone. However, a much greater emphasis on image-based messaging would challenge communicators’ familiar focus on word-messaging, including written news releases.

"Exposure to information does not equate to influence."

Meanwhile, as consumers make ever-more-intensive use of mobile technologies of all kinds, adaptive approaches are needed to connect with on-the-go audiences,  including those in the fast-developing world of ‘wearable’ devices. From fitness trackers to smart watches and more, wearable technology and the interconnected world of the Internet of Everything have been called one of public relations’ greatest challenges.

The technology company Cisco defines the Internet of Everything as “bringing together people, process, data, and things to make networked connections more relevant and valuable than ever before – turning information into actions that create new capabilities, richer experiences, and unprecedented economic opportunity for businesses, individuals, and countries”.

But in a future when just about everything is digitally communicating with everything else, how then would a communication professional advance a client’s interests and achieve influence? How do you persuade such highly mobile and networked audiences to stop and pay attention?

Of course, consumers do much more than make and receive phone calls, send texts and images, and update their status on social networking sites. They not only seek different forms of social connection; they also hunt for answers to questions.

Information foraging theory suggests they follow ‘information scent’ by looking for cues in the digital environment in much the same way that wild animals track down their prey. Searchers will make calculated choices and follow the path that gives them the clearest indication or strongest ‘scent’ that they are closing in on the information they want.

In markets where content pull succeeds more than content push, communicators may need to think of themselves as laying an information trail for audiences who will quickly move on if the scent seems to weaken. These notions may be alien to practitioners accustomed to a less fluid world, but shape-shifting has now become a core characteristic of the operating environment.

In this context, the future of professional communications might call not for nailing its flag to the mast of content alone, but to building engagement through facilitating dynamic audience interpretations of the material to which the members of its community are exposed.

But to win the opportunity to do so, it must first persuade audiences to concentrate a little longer than the average goldfish (whose memory – not the same as attention – may span up to three seconds).

Dr Chris Galloway is head of the public relations programme, including the master in professional public relations, at the Massey Business School. Chris joins many years of experience as a journalist and senior public relations specialist to his academic interests in issue, reputation risk and crisis communication. He has taught at universities in both Australia and New Zealand.