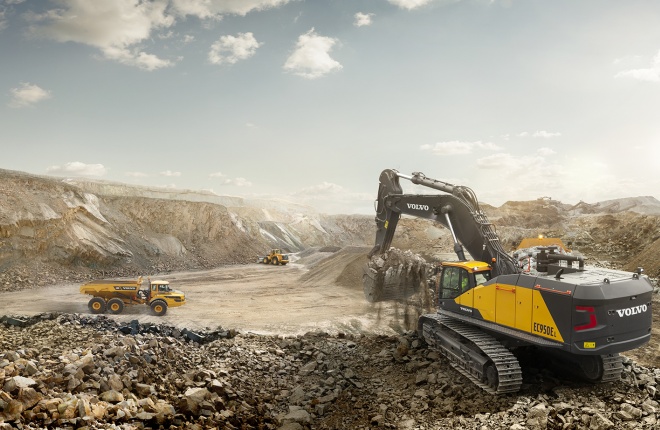 This resulted in a suboptimal strategic influence, with lack of visibility, transparency and collaboration. Counterintuitively, the solution lay not in reorganising the department’s structure, but rather getting to grips with its governance. The  result? In the same period the company has gone from industry laggard to industry leader in terms of profit margin.

None have the monopoly on issuing forth, and all attempt to meet their business objectives by cascading their messages to different audiences in different ways. This is complicated enough in a simple business, but magnify it into a global enterprise, add in regions, markets, subsidiaries and large acquisitions and it’s easy to lose sight of what is being communicated, to whom, by whom, why and at what cost.

This is the situation that Volvo Construction Equipment (Volvo CE) found itself in 2015. Not quite a modern-day equivalent of a riddle, wrapped in a mystery, inside an enigma, but it was clear that the process of communication within the company was in need of an overhaul.

The tool chosen to lead the shift to forming a high performing department was not a radical restructuring, but rather the introduction of a simple governance approach.

By enabling, encouraging and insisting on greater clarity and collaboration, the new governance aimed to encourage cross functional cooperation, better visibility of the numbers that matter and greater accountability, thereby delivering results that were beneficial to the overall health of the company.

Although responsible for writing intranet articles encouraging greater collaboration between functions, it was clear that the communications department itself was as wedded to a silo way of working as the rest of the organisation.

Across the company, there were multiple communication plans, with different functional priorities and very little alignment. Branding, marketing, corporate communications and public affairs all had their own plans and actions, but little visibility of what other departments were doing.

Everyone was trying to do their best, of course, but there was no overall view of what was being done. It was impossible to prioritise what was most important on a holistic scale, and new actions were continually being randomly added, which bloated the total communications budget.

This led to resources not being optimised, and a level of frustration and conflict within the function. It also made it hard to measure the impact all this activity was having on the success of the company.

"Everyone was trying to do their best, of course, but there was no overall view of what was being done."

The corollary of this fragmented arrangement meant that the communications function was not being properly recognised as a strong contributor to corporate success,  but rather as a series of useful, but non-strategic support departments.

To address these issues, the way communication activities were planned was turned on its head. This involved no organisational or reporting line changes, or even job scope changes. At its heart was the idea that communication themes should be cross-functionally agreed and governed centrally, but tactical plans devised and executed locally.

Having been given a mandate from the executive team, the job of the CPG is to decide how best to support the overall communications strategy and determine what the long term communication messages are for a rolling 18 month period.

With representatives from all relevant departments sitting on the CPG, this plan is then agreed cross-functionally.

" The job of the Communications Performance Governance is to decide how best to support the overall communications strategy."

The strategic direction and cross functional alignment this brings means that there is near-perfect knowledge of what messages the organisation is promoting at any point; across all functions, markets and regions. It also means there is universal buy-in to the plan, and the budget was protected, as the CPG acts as an approval gate for major communication initiatives, meaning there is no duplication of activities. (If the CPG approve a new project, a lesser one has to be cancelled or deferred, effectively prioritising resources.)

But perhaps more importantly, because there is a laser beam focus on the core messages, there is consequently a higher volume of events and written/video content supporting them, resulting in a greater share of voice and target audience awareness.

Once the high-level plan is decided, the operational/tactical execution of the communication plan is delivered by the differing departments, tailored to suit the various stakeholders of employees, society/media, customers etc.

This ‘govern centrally, execute locally’ approach means that the central themes of innovation, sustainability and customer success are tailored and executed by the people who know best – those on the ground, in the markets where the communications are to be delivered. And by knowing what each other is promoting, departments don’t conflict with each other’s efforts, but rather dovetail their activities to get the maximum exposure for the best use of resources.

Without question, the creation of the CPG has proven particularly effective in creating interfaces and structures for managing communications across the business.

One other important benefit of this new governance structure is that it supports the underlying purpose of the organisation. Sitting above the vision, mission and strategy is the ideal that Volvo CE should exist to be a force for good in society.

This purpose is expressed as ‘To build the world we want to live in’, and the CPG uses this as the directional guide for all communications, and ensures that is appeals to all stakeholders.

By having an agreed 18 month calendar of events, there is ample time to plan and organise, with less stress on the organisation and no clashes with other initiatives. Anyone wanting to hold an event has clear visibility of all major activities, and can schedule them at the most appropriate time.

The creation of the CPG has other benefits. For the first time Volvo CE’s executive management team has much better insight to the workings of the corporate communications function, and are able to see the business benefits it delivers, thanks to the higher profile afforded by coordinated actions and improved measurement activities.

This, as well as the fact that they lend their support to the plan at the outset, means that for the first time ever, the senior leadership team feels like they have skin in the communications game.

The benefits that more prescriptive governance is delivering to the communications department are significant. Far from seeing it as unnecessary meddling from headquarters, the greater clarity of objectives, simplicity of themes, visibility of other’s activities and accountability has been warmly welcomed by communications employees in the regions.

The introduction of a new governance mandate has been mirrored across all functions at Volvo CE with similarly dramatic results. With shared accountability it can no longer be the other guy’s fault.

This has resulted in individuals taking greater responsibility and given the company a clearer view of the problems, while the new governance shapes how solutions are executed cross functionally. The business benefits of this are real: the development of products and services that customers want and can afford, improved sales, greater market share and higher profitability.

The cumulative benefits of this methodical and thoughtful approach to business process reengineering have been significant. Just three years after the company began its transformation program, Volvo CE is no longer a weak performer among its peer group. In fact, in 2017 year-to-date, Volvo CE is the strongest performer, with a higher profit margin of any of its global competitors.

Focusing on how the various parts of the organisation work together may be less visible than dramatic corporate restructuring, but at Volvo CE it has proven to be a far less disruptive and effective route to take. And the communications department, thanks to improved governance, has played a leading and increasingly strategic role in that transformation.

Bill Law has been senior vice president, corporate communications at Volvo Construction Equipment since September 2015. Prior to his current role Bill held a position outside the Volvo Group, where he was director of corporate communications at global fashion retailer C&A. Bill is based at the company’s global headquarters in Gothenburg, Sweden. He first joined Volvo in 1998, where he held a number of senior communications positions in Europe, Asia and the Americas. Bill also sits on the board of the Volvo Ocean Race, the Volvo Museum in Gothenburg, Sweden and the Munktell Museum in Eskilstuna, Sweden.