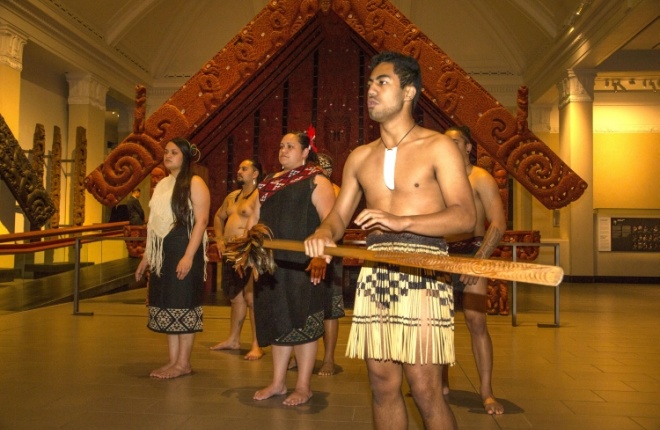 When Donald Trump was elected president of the United States on 8 November 2016, a diverse group of the world’s largest institutional investors was gathered in Auckland, New Zealand.

The event was the eighth Annual Meeting of the International Forum of Sovereign Wealth Funds (IFSWF), hosted by the New Zealand Superannuation Fund, a NZ$36 billion global investment fund set up by the New Zealand government to help pre-fund universal pension payments.

It was an interesting night. Delegates will remember sharing a historic moment together and were keen to share their views about what would happen next.

Organising conferences is not our core business. Our staff attend plenty and have keen views on how they should be organised, but we are a small investment shop by global standards, located a long way from the world’s big financial centres. So we had a lot to think about when our chief executive, Adrian Orr, was elected chair of IFSWF and agreed to host its 2016 annual meeting in Auckland.

Previous IFSWF annual meetings have been on a grand scale, in places such as Milan and Doha, with truly luxurious settings in magnificent palaces, historic museums or art galleries, and a high quotient of VIPs.

By contrast, New Zealand is a small, relatively young country. We don’t really “do” formality and are proud of our egalitarianism and relaxed approach. There is a famous story about World War II General Bernard Freyberg’s response to a high-ranking British officer’s complaint that the New Zealand soldiers failed to salute superiors: “Ah, yes, but if you wave to them, they’ll wave back”.

"New Zealand is a small, relatively young country. We don’t really “do” formality and are proud of our egalitarianism and relaxed approach."

Adding to our nervousness, Auckland is ‘enjoying’ a building boom, with much of the city’s business district being dug up for a new underground rail link and a major new commercial precinct being constructed. The conference venues that we might have used were surrounded by construction work.

Among the other challenges:

The 2016 meeting was an important one for IFSWF as an organisation. As chair, Adrian Orr aimed to advance the forum’s goals and achieve substantial work outputs from the meeting. In particular, he wanted to achieve progress on the implementation of the Santiago Principles on transparency, accountability and good governance, which are its founding principles. Following the Paris Agreement on climate, he was also keen to encourage discussion about the investment implications of climate change policy.

IFSWF members are a diverse group from every continent. Their organisations are vastly different in size and at different stages of development. It was exciting to bring such an interesting mix of people together.

The primary goal set out in the project brief was quite simple: to host a successful meeting and advance the Forum’s goals. The first point would be measured by the successful implementation of the logistics and programme. The second point was more nuanced, but essentially aimed to achieve an Auckland Communiqué from IFSWF with commitments on climate and the Santiago Principles.

As the host, we also wanted to leverage the event to enhance our own and New Zealand’s reputation, and to increase domestic understanding of sovereign wealth funds - without attracting protesters or adding to security risks. We also wanted our own staff to gain a better understanding about our global engagements and to network and share expertise with colleagues from peer funds.

We developed a multi-pronged plan to achieve our goals and to address the identified issues we:

For the first time in the event’s history, at our instigation, the conference content was structured around a theme agreed by the IFSWF board (previous conferences had been based on a series of unrelated discussion topics suggested by members). The theme was an ambitious one - Investing in a Climate of Uncertainty: The Sovereign Wealth Fund Response. The topic was a challenging one for some member funds. Our team worked closely with the secretariat and the Board to achieve buy-in for the topic.

The programme had a strong line-up of members and international speakers, includingthe former governor of the Reserve Bank of Australia, the Peterson Distinguished Scholar from the Centre for Global Affairs at Johns Hopkins University, and global leaders on sustainable investment and climate. New Zealand’s then- prime minister and minister of finance both spoke and a highlight was a session on indigenous New Zealand economic development, featuring Māori leaders.

The conference content and workshops also served to support the objective of advancing IFSWF’s work streams. Although they were a new development, the workshops were one of the highlights for many attendees. One of the workshop topics was divestment, with a case study on tobacco, featuring Dr Bronwyn King from the Tobacco Free Portfolios. The success of the programme reflected the substantial resources devoted to it, in particular individual liaison with all of the speakers, panel chairs and panel members.

The event, which ran over four days from 8 November, also included bilateral meetings held beforehand. Dinners and an excursion to Waiheke Island provided opportunities for networking and enjoying local entertainment and culture.

The Auckland Communique, which was released by IFSWF at the end of the conference, includes an agreement to explore the investment implications of the global commitment to curb greenhouse gas emissions for sovereign wealth funds and further commitment to the Santiago Principles.

Overall, about 260 people attended the conference, including members, observers and academics, commercial partners, New Zealand government and business representatives and NZ Super Fund staff. Twenty-five of the 30 IFSWF member institutions attended. This was in line with the 2015 meeting in Milan and ahead of our initial expectations. The global media were strongly represented and, working with the secretariat, we introduced a carefully managed media conference at the end of the meeting.

A key objective for the NZ Super Fund in hosting the meeting was staff engagement, with the goal of helping staff to build relationships with peer funds and to increase staff understanding of IFSWF. The project team developed a plan to involve staff members as buddies for member delegations or volunteers to undertake tasks during the meeting, and to manage participation in social events. The buddy and volunteer programme worked well. Delegation buddies either volunteered or were shoulder-tapped because of a language skill or because the particular peer fund was relevant to their work. We developed guidelines what was expected of a buddy. The buddies contacted their delegation before the conference and were on hand to give help or guidance if it was needed.

"A key objective for the NZ Super Fund in hosting the meeting was staff engagement."

The buddy system had a lot of benefits. It helped to make key delegates feel looked after on a personal level. It also gave us, as organisers, access to information and a ’soft’ form of security. If any security incidents had occurred during the conference, we would have had another channel of communication to delegates, in addition to the obvious ones available through the registration process. Our post-event survey and informal feedback showed the buddies and volunteers were widely appreciated by the member attendees, who were very impressed at our teamwork and organisational culture.

A major issue for us as organisers was cost. The costs of previous meetings had been met by the host, with no registration fees or sponsorship. We introduced both to partially defray the costs. We developed a detailed commercial partnership proposal, with a key principle being an agreed no-marketing policy. The proposal provided for a maximum of 15 commercial partners for the open conference sessions, each paying the same flat fee and receiving the same low-key benefits. We also introduced registration fees for the small number of non-member, private sector attendees.

The commercial partnership arrangements took time to develop and required careful management. It was not easy to achieve the right balance between the member-only, non-commercial nature of IFSWF and the needs of sponsors. There was positive feedback from the commercial partners, in terms of the process, quality of the meeting and the value of the partnership.

The conference came in well within budget. It did take up a large amount of staff time. A project team worked on it for a year, with an internal project manager working on the conference full-time. The success of the meeting was measured by a member survey sent out by the IFSWF secretariat, media coverage, informal feedback from attendees and debriefing sessions about the arrangements. The informal feedback was overwhelmingly positive.

At a strategic level, the meeting achieved and even exceeded its goals. As well as the constructive communiqué, which has been followed with substantive actions through the year since, the meeting succeeded in lifting the forum to a new level in its development as a global organisation.

The 2016 IFSWF meeting was a complex and high-level financial event, with technical subject-matter, multiple objectives, stakeholders and strategic challenges.  For the project team and our staff, we had the privilege of meeting wonderful colleagues from around the world in a friendly and fun environment. On a personal level, it was exhausting, exhilarating and exciting. But we were happy to return to our day jobs.

About the International Forum of Sovereign Wealth Funds

The International Forum of Sovereign Wealth Funds (IFSWF) is a voluntary organisation of global sovereign wealth funds committed to working together and strengthening the community through dialogue, research and self-assessment. It was formed in 2009 by a group of 23 leading state-owned international investors from around the world, following discussions with the G20, International Monetary Fund and the United States Department of the Treasury.

The Forum’s initial aim was to maintain an open and stable investment climate by setting and adhering to a set of principles around good governance and risk management frameworks, known as the Santiago Principles. The principles are designed to promote good governance, accountability, transparency and prudent investment practices whilst encouraging a more open dialogue and deeper understanding of SWF activities.

Main image: A Māori cultural performance during the gala dinner at the Auckland War Memorial Museum / Photo: The Guardians of New Zealand Superannuation