The top five priorities for internal communications in Asia 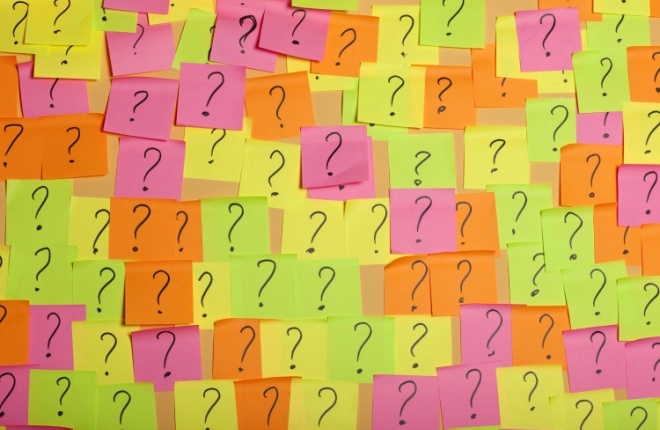 It is the age of the millennial.

Today, around one quarter of the Asian workforce was born between 1980 and 2000 and the proportion is only going to rise. It is a workforce that is technologically-savvy, less driven by financial rewards than its baby boomer predecessor, but also believes that its views are every bit as relevant as colleagues with 20 years’ experience.

It is a generation that is challenging the status quo, and seeking new ways of working. At the same time, employee engagement levels across the region are slipping. The most recent AON Trends in Global Employee Engagement report found that just 62 per cent of employees in Asia Pacific can be classed as engaged, against 65 per cent just one year earlier. However, Australia notably recorded a three point improvement over the period.

The report suggests that rewards and recognition programs are essential to good engagement. Against this background, at our recent internal communication Leadership Series round table in Hong Kong, we asked participants what they felt were the biggest challenges  within internal communications this year, and the overwhelming response was the need to Go Mobile.

Their top five priorities are

4. Building a culture of integrity and advocacy

Millennials, and the upcoming Generation Z, are smart phone savvy. They have grown up with broadband, smartphones, laptops and social media. Their lives – both personal and professional – revolve around their handsets, and every aspect, from finance to fitness, is managed via apps. They are entering the workforce with a better knowledge of technology than their senior colleagues.

But they are not alone in their addiction. Smartphone adoption continues to rise across the region, and this year, it is estimated that 3.7 billion Asians will own a smartphone. Malaysia has the highest adoption of messaging apps in the world; Singapore has the second highest smartphone adoption rate at 83 per cent of the population, closely followed by Hong Kong on 81 per cent; while the average Filipino spends six to seven hours a day on the phone.

It is no wonder that going mobile is seen as a priority among internal communication professionals. It also provides a new channel to engage employees who may work in remote locations or have minimal access to desktop computers during the working day. The challenge, however, is to create a communications strategy that exploits the advantage of a mobile interface. The two most popular activities on social media in Southeast Asia, according to professional services firm Deloitte, are photo taking and social networking. Simply distributing information in a format more suitable to a desktop or staff newsletter is unlikely to promote engagement.

But the need to go mobile and the ability to go mobile are, perhaps, two separate issues. In siloed businesses, much of the challenge for internal communication professionals relates simply to engaging with IT and working with them to address the issue. There can be reluctance among IT departments to allow employees to use their personal mobile devices for work purposes, believing that this can create vulnerabilities in the internal systems and potentially opens the door to cyber-attacks.

But at a time when smartphones are viewed as status symbols, insisting that employees swap to an IT-approved handset for work purposes could be counterproductive. Meanwhile, budgets are under constant pressure making IT spend unlikely. Thus, if going mobile is to become a reality, internal communication professionals must recognise that they need to start talking the language of IT professionals, and to listen to their concerns. Diplomacy may be key to negotiating small victories.

This drive to going mobile is also hindered by the lack of bandwidth (which is akin to the width of highways in road travel) in certain regions or countries. Exploiting its full potential requires high-speed broadband connections, so this is problematic. Downloading films, using social media or accessing intranets can be a slow process.

o put the issue into context, data from ITU suggests Europe has 144,315 bits of international bandwidth per internet user, more than six times that of the Asian Pacific and more than 20 times that of the less developed Asian countries. This is not a problem that internal communication professionals can solve. A range of factors are at play, including policy and regulatory frameworks, along with the need for governments to work with internet providers and facilitate the installation of necessary physical infrastructures.

LinkedIn’s Asia Pacific managing director recently said that, to accommodate these issues, they’re modifying some of their products. For example, in India they now have LinkedIn Lite, which is a revamped version of their mobile experience dedicated to low-bandwidth, pre-paid markets.

A new way of thinking

Going mobile means that the old rules no longer apply. Communicating via mobile requires new thinking. Email correspondence is not the solution. The rise of online news publications such as Buzzfeed has taught us that a tweet can be a story, that a relevant infographic is more impactful than 1,000 words of copy and that listicles – seven things you always wanted to know about X – are compelling click bait. Internal communication professionals are starting to think differently about how they deliver the corporate story.

It could be demystifying financial results for colleagues using simple infographics or sharing simple Q&A sessions with key managers. The need to do more with less is the reality internal communication professionals face – especially in APAC. It is a situation that is unlikely to change. It means that repurposing content becomes increasingly important, allowing one article to be used across multiple platforms in a manner that suits each individual channel. All internal communication should also be written as if for an external audience, thus if it happens to appear on a media outlet, embarrassment is avoided.

While much progress has been made in the past five or so years, working more closely with external – or even formally integrating – can help further the case for IC, and provide opportunities to demonstrate staff engaged around issues that, historically, they may have ignored.

Collaboration is also seen as a vital step for the future. But the jury is still out on whether enterprise social networks, such as Yammer and Jive, are the solution. To be sure, some companies have enjoyed success engaging global workforces via these platforms and they can offer tools that help to identify key influencers within organisations, who can prove to be valuable advocates. But Yammer fatigue also appears to be setting in. Where once it seemed fresh, the platform increasingly feels ‘monologue’ at a time where dialogue is required.

Workplace by Facebook is gaining in Asia or, more accurately, it is certainly being discussed. There are many advantages: people know and understand Facebook so intuitively they know how to use the platform. But there are teething problems. Like Facebook, Workplace uses algorithms to push popular content to the fore. CEOs may be dismayed to find their speech languishing at the bottom of the feed while imagesof colleagues’ cats dominate.

Workplace by Facebook has also been years in the making, and its functions can appear dated. They may solve the problem they were designed for, but other tools today may appear more adept. Just as they do in their personal lives, employees are seeking out app-based solutions to their work issues, often before management even realises that the issue exists. Such innovativeness can be disconcerting for management, who may feel a loss of control. It may also initially prove problematic for IT, but once they understand a suggested app’s potential, they could become powerful allies for internal communication professionals, explaining the pros (and cons) to the leadership.

With the right framework in place, internal communication professionals are able to create an environment where employees can share their finds. Some initiatives may work – passing the IT test for general implementation – while others may not be as lucky. But ultimately, this should lead to better productivity (as, after all, it was selected to solve a problem). Introducing enterprise social networks also bring with them discussion forums.

The hierarchal culture of Asia can mean that colleagues feel unable to be honest or opinionated on these. This is an area that internal communication professionals recognise needs to be addressed. If difficult issues are aired openly within the corporate family and management adopts an honest two-way dialogue, there is less prospect of them subsequently being aired in the media. These discussions are going to happen regardless, so the question remains: how do we empower employees in Asia to enter into a dialogue? Do we need to look at anonymous postings or do we allow senior management to use these platforms to share more information, thus appearing more transparent and open, and less vulnerable to attack?

The days of the boss being locked away on the executive floor, arriving and departing via their personal lift, are long gone. Employees expect to hear from their managers. But not every manager is a great communicator. The key is to find the solution that works for them, whether that is an open conversation at an appointed time when employees can ask the CEO anything (via email or the intranet) or a simple blog or podcast. Authenticity is the key at all times.

If they manage a social media feed, then it needs to be their words being heard. But it may be that a simpler solution needs to be found for more reluctant communicators. A CEO or finance director standing patiently in the queue waiting to get his morning coffee in the staff canteen can be far more powerful than a staged, glossy corporate video. It could be the one occasion when, for internal communication professionals, the picture – and what it implies – says more than one thousand words.