By
Marc do Amaral
Organisational 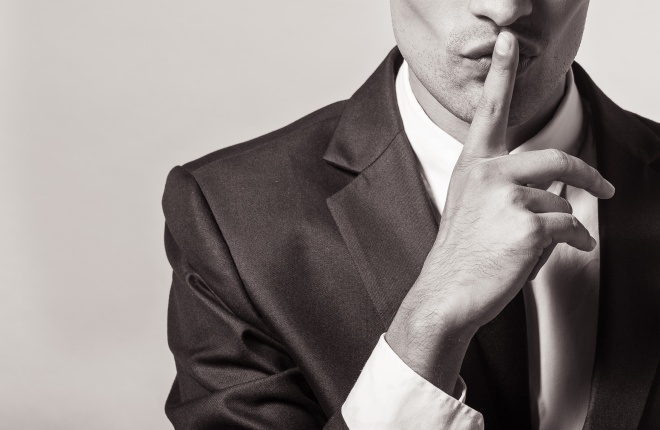 As human beings we do not always say what we think.

Evolution has taught us to be mindful about what we say, to whom we say it, and when and how we say it. Not speaking our mind is part of what makes relationships work. A certain measure of silence can make conversations a lot less annoying and meetings much more productive. In short, silence can be a force of good. But what about situations that require people to speak their mind rather than to stay silent?

Take Nokia: ever since the mobile phone was invented, one of the strongest brands on earth,.... until Apple introduced its first iPhone in 2007. Nokia’s leadership almost immediately understood they were in trouble. Smartphones represented an entirely new game, where software skills meant everything. Nokia did not have these skills. Rather than sharing their fears, Nokia’s leadership team chose to downplay the threat, externally and internally, asserting that the smartphone was never going to be more than a niche product. In doing so they put themselves in a position where they had no other choice than to continue investing in an extensive range of products which they knew would soon be obsolete.

At the same time Nokia rushed into developing a smartphone on which its future secretly depended. Middle managers were unable to cope with the rrelentless pressure and responded by reporting overly optimistic on progress, keeping top management in the dark about real introduction dates and the real quality of products.

What the Nokia case neatly demonstrates is that silence is not necessarily an evil that exclusively confronts fearful subordinates. Just like any emotions, fear is contagious and it can start anywhere, even or maybe especially, in the top of an organisation where the pressure is high. Like so many other giants that have perished in recent years, Nokia’s troubles may have been inevitable, simply the result of technological developments it could not have foreseen. On the other hand, who knows what could have happened, had Nokia not forced itself to bet on two horses and had it been able to confront the challenge with focus and coherence.

The pervasiveness of silence

We know from numerous well-known cases, including the recent scandals at Wells Fargo and Volkswagen, that silence is almost always one of the factors at play when corporate debacles happen. The case of Enron, the American energy company that failed so spectacularly in 2002, is by far the most extensively researched corporate meltdown of all times. By willfully instilling a climate of fear, Enron’s leadership was able to run a large-scale Ponzi-scheme for nearly a decade.

While we tend to see such cases as incidents, caused by the occasional rotten apple in the basket, research suggests that silence is in fact a far more common problem than we usually imagine. In a groundbreaking study Milliken et al. found that 85 per cent of a sample of employees from an array of industries had experienced at least one situation where they felt they could not speak-up. Almost a quarter said they generally felt uncomfortable to speak to their boss about problems or concerns.

Is silence an issue about which business communicators should be actively concerned? Or should the organisation’s communication climate be seen as a given? After all, shared perceptions about openness, trust, voice and supportiveness are largely the result of daily interactions in the workplace. Indeed, it may sound like a bad idea to raise an issue if it is clearly outside your circle of influence. Raising such a potentially sensitive issue might even upset management. Why take that risk?

A good starting point for further reflection might be to consider how top management looks at the role of communication. As a purely tactical function, representing the voice of the top, focused on crafting and distributing messages? Or as a trusted advisor on employee relations and organisational health?

Communicators with a tactical role will not even be expected to address the organisation’s overall communicativeness. Nevertheless, when silence is pervasive, day-to-day communications, including top-down corporate messaging, will be hampered. This means communication will not be able to do its job, i.e. to create understanding of and support for organisational policies. In this case there are really only three options: speak-up, accept that your role is pointless or leave. If you select the first option, a good beginning could be to look for natural partners such as HR and line managers who might have a stake in improving the communication climate.

Communicators who are seen as trusted advisers may obviously play a far more active role. The challenges they confront when addressing communication climate and silence are sizeable but so are the potential rewards. If the climate is right, people will interact far more effectively. The organisation will learn faster. Unethical practices will come to light earlier, reducing operational and reputation risk. An organisation is nothing more than a network of people who interact with each other. How can internal communication not be strategic?

Marc B. do Amaral is a Netherlands-based corporate communication strategist specialising in employee communication. He is the founder of SPUP, a consultancy that helps organisations to improve the effectiveness of team and organisation-wide conversations. He is also a keynote speaker and guest lecturer.