How to convey conviction

Want to build trust in a media interview? Ditch the facts and answer the questions you’re asked 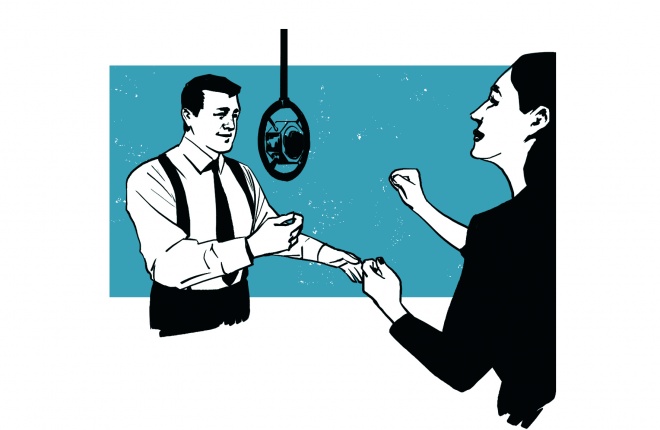 At a wedding a few years ago, I sat next to a moral philosopher who asked me if I was ethically comfortable teaching people to dodge questions (i.e. lie) for a living.

While I’d like to clarify that I don’t actually do this, she was clearly referring to the media training techniques of bridging and blocking that many politicians and business leaders overuse and abuse to stay out of trouble and avoid answering the kinds of questions which generate bad headlines.

Although these are a tiny part of the media training process, they are also the most noticeable and cynical bits when used badly in interviews. And it is impossible to overstate just how much audiences hate interviewees who won’t answer a direct question on television or radio (print is a bit different).

Part of the reason is that the traditional  approach of adopting one main message and bludgeoning it through with military discipline doesn’t always sit well in today’s restless digital environment when anyone with a smartphone can instantly pull up and cite an online record of every overused soundbite or evasion as evidence of a dishonest chief executive officer or inauthentic NGO executive director.

This is not to discredit these techniques because they are essential when deployed in an emotionally intelligent fashion. Messaging and control are still important but so is being as direct and honest as possible, particularly when seeking common ground with an audience.

As always, part of the reason lies in the neuroscience. In her book ‘The Influential Mind’, neuroscientist Talia Sharot argues that people wishing to win trust and, ultimately, influence stand a much better chance of success if they don’t try and assert their own control but seek to strengthen the agency of the person or audience with or to whom they are speaking.

Macron vs. May: who do you trust?

So, contrary to what former US defence secretary Robert McNamara famously once quipped, when on screen it is far better to respond to the questions that are asked, not the ones you wish you’d been asked, because it shows that an interviewee or speaker is comfortable enough with being challenged and takes their audience seriously.

A notorious example of this not happening comes from last year’s impromptu general election campaign in the UK when prime minister Theresa May was asked by an National Health Service (NHS) nurse in a live television debate if it was ‘fair’ that she hadn’t had a pay rise since 2010.

Just the words ‘nurse’ and ‘NHS’ should have been enough to set anyone’s emotional intelligence alarm bells ringing but, instead of adapting to the situation she found herself in, Mrs May delivered her prepared soundbite of “there isn’t a magic money tree” which, as you can imagine, went down less than well with the audience and wider public.

Contrast this with the style of French president Emmanuel Macron, who often receives gushing headlines in the non-French press when he does interviews, particularly in English. He has clearly decided that being as frank as possible is more important than staying out of trouble in the short term and often ends up getting headlines that might have made less self-confident interviewees shudder.

For example, in a BBC interview in January he agreed that there was a very good chance France would have voted to leave the EU if it found itself in similar circumstances to those of the UK. Predictably, the British media highlighted this but it didn’t cause him any long-term damage and it’s part of the bigger Macron brand of radical candour that overrides the aftermath of any single interview.

Now, to be clear, answering the question does not mean always mean being as blunt as Macron. But it does mean finding a form of words that show you have listened to and are acknowledging the question in your answer.

The language of listening

The second quality for interviewees who want to build trust is to demonstrate cognitive empathy by using language that shows they are actually listening to and sensitive to their audience’s concerns. This can be hard to do when speaking through the medium of a journalist, blog or opinion piece and can’t get instant feedback.

But leaders who are genuinely interested in building trust ditch the management jargon and overly polished soundbites and use a lot of beta verbs and nouns that demonstrate that they are actively trying to tune in to what their audience is thinking and doing.

For example, when Uber’s (then) new CEO Dara Khosrowshahi was dealing with the crisis that led to the taxi app company being banned in several countries, his open letter of apology to Londoners focused on how the company would “listen” to and “look” at what the city expected of them. Using the language of perception and reception is important in every day communication, essential in a crisis and was (and still is) noticeably absent from Mark Zuckerberg’s public communications around the Facebook data scandal.

If we turn the lens onto the construction of interview proof points it feels redundant to even have to argue that facts aren’t enough to persuade an audience that you can trust them. Relying on data and facts alone to win an argument has always been ineffective (ask any chemical company) way before the ‘post truth’, ‘fake news’ era that produced the shock results of Brexit and Trump.

This is because human brains tend to discredit evidence that contradicts our strongly held views, meaning that it can actually be counterproductive to try and win over hostile audiences with fact checking or myth busting evidence.

Communicators who are effective at building trust speak from a wide variety of evidence sources including the ‘thick data’ of personal anecdotes and stories. This helps to them to seem more human to their audience as well as prepare the emotional ground to introduce tough subjects.

"Communicators who are effective at building trust speak from a wide variety of evidence sources including the ‘thick data’ of personal anecdotes and stories."

Although Ms Nooyi claimed she never goes as far as this, she did admit to increasing her quota of swear words and hitting the table with her fist every now and then to show displeasure.

Of course, all anecdotes and stories are really chosen to create a sense of curated authenticity and there is nothing wrong with using a prepared approachprovided spokespeople understand that they need to vary their toolbox, or face being criticised when a quick search on Google reveals that the wonderful, spontaneous story they were using to connect with their audience turns out to have already been told on ten different occasions.

And it goes without saying that all this messaging needs to be supported by appropriate body language. Here I would say that the most important qualities are still eye contact, poise and energy. The most trustworthy spokespeople are the ones who seem the most comfortable in their own skin and don’t try to make up for shortfalls with overly rehearsed mannerisms or gestures that seem artificial.

Ultimately there is no magic formula to building trust on or off the screen. This is because trust is an emotional reaction that is often given involuntarily and the process of trying to create it can be messy, subjective and irrational. But the most important thing an interviewee can do is to try to present the best possible version of their real self and to find ways to show their hum their audience in a meaningful way while also retaining their own sense of control.