Innovative inquiry: how the right questions make all the difference 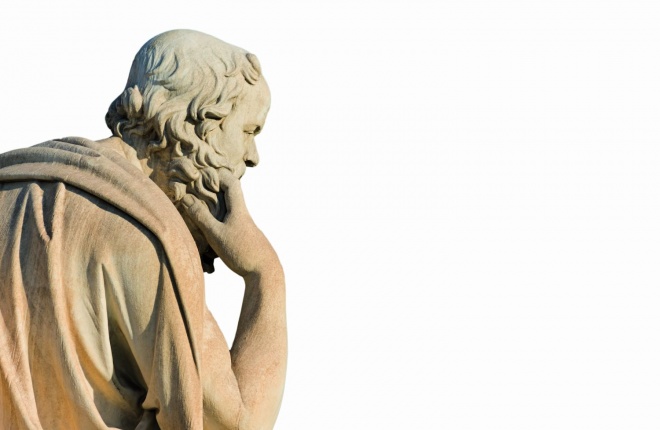 Forget technology for a moment; to innovate, ask your best questions. For unless a firm’s strategy for positive change is well-thought out and clear, the most powerful tech will fail to realise its potential.

In fact, the very nature of questions makes them invaluable to innovation. With its etymological roots in the Latin, innovatus, (literally meaning ‘into the new’) innovation is, by definition, forward-looking. Similarly, questions are in the business of pushing beyond what is already known. In contrast, answers are fundamentally conservative. Established on previous experience and the knowledge we have to date, they are silent when it comes to finding ways to go ‘into the new’. Answers tell us what is, questions make room for that which might be.

But not just any question will do. We have probably all been in meetings where ineffective questions were asked. Perhaps they were not even questions. The utterance of a colleague may have technically ended with a question mark, but it was really a thinly veiled assertion of their own view, not an expression of authentic curiosity. Such pseudo-questions can be easily asked, even with the best intentions. But they have little value where innovation is concerned.

As a philosopher who helps leaders address complex challenges and refine strategy, I have identified four components of the kinds of questions that get new thinking going and support innovation. What I call Innovative Inquiry involves questions that are:

It must be said that asking questions is not always comfortable or safe. In fact, it lead to the death of one of the most famous questioners, the Ancient Greek philosopher, Socrates. In his pursuit of knowledge, Socrates questioned the social practices and beliefs of his fellow Athenians, which ruffled some feathers to say the least. As a result, accused of polluting the minds of the youth and failing to worship the local gods, he was condemned to death. But before dying, Socrates famously asserted that the unexamined life was not worth living; that he would rather question received wisdom in the pursuit of the truth, than live a life that was a comfortable charade.

The story of Socrates and ancient Athens remains relevant to innovators and their organisational cultures today. A 2015 Merck study titled State of Curiosity affirms what many of us have experienced: it’s not always easy to ask good questions at work. Surveying workers in 16 industries, Merck found that while 65 per cent of respondents said that curiosity was essential for discovering new ideas, virtually the same percentage (66 per cent) felt unable to ask questions on the job. When asked what inhibited their inquiry at work, the top three reasons respondents gave were: a top-down approach, low financial support and limited time.

The cultural inhibitors of inquiry identified by Merck suggest that before firms can expect their people to employ questions and innovate effectively, a culture conducive to inquiry must be cultivated. On this point, leadership is key. Unless leaders, and the culture they encourage, value new thinking enough to invest resources in it (e.g. providing time to explore new ideas and giving access to training in skills such as critical reflection) workers might be forgiven for keeping their honest, bold, non-judgemental and vital questions to themselves. And those same workers should be forgiven for being slower to innovate. Asking a good question in a threatening environment is simply not practical, or likely.

The good news is that it is never too late to take steps to cultivate greater practices of innovation by embedding effective inquiry in your organisation. And it is well-worth it. To amend Socrates’ aphorism: unexamined work is a wasted opportunity. To start making the most of the opportunity to innovate, therefore, the first questions firms might need to ask include: ‘Are we making time for questions during meetings?’; ‘How could we incentivise effective inquiry?’; and ‘How safe do I/we feel asking questions that really matter?’.

In a 1946 New York Times interview by Michael Amrine entitled “The Real Problem is in the Hearts of Men”, Einstein made his now famous claim that we cannot solve our problems with the same thinking that created them. In fact, what he said was:

“Our world faces a crisis as yet unperceived by those possessing power to make great decisions for good or evil. The unleashed power of the atom has changed everything save our modes of thinking and we thus drift toward unparalleled catastrophe.”

Innovation is increasingly relevant because received wisdom and traditional ways of working seem so ill equipped to respond well to the complexity, change and instability indicative of our time. To innovate socially, politically as well as in business, we do not just need new (or old) tech. We need new ways of thinking, and new thinking begins with good questions.

Dr. Brennan Jacoby is a philosopher and the founder of Philosophy at Work (www.philosophyatwork.co.uk), a consultancy delivering facilitation, training, writing and talks for the sake of helping others think better so that they can do better. Originally from Detroit, US, Brennan holds degrees in philosophy from Macquarie University, Sydney, Western Michigan University and Spring Arbor University. His doctoral research analysed trust and betrayal, and explained what it means for individuals and institutions to be trustworthy.