Building trust and brand awareness in a fast-paced technological environment such as automated driving requires calling on internal and external channels – and access to global markets is a distinct advantage. 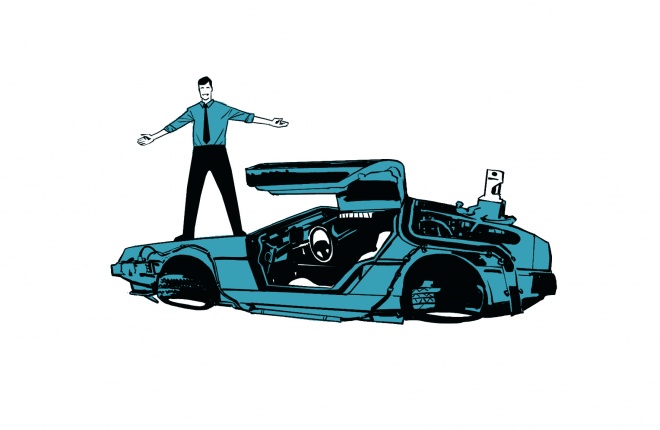 We have all experienced those moments in the car when we would rather be doing anything else other than sitting in a traffic jam, twiddling our thumbs while gazing out of the windscreen at the rear braking lights of the car in front, hoping that the traffic will eventually move on.

Well, the future is already looking much brighter with automated driving just around the corner. Or was it “autonomous or just “assisted” driving?

You have probably heard all of those words being used at some stage, but there is a significant difference between them. A first stage is the assisted driving with functions already in series production, such as electronic stability control, emergency braking or lane departure intervention. The next stage is automated driving, where the driver still needs to keep an eye on everything, and the third stage is autonomous driving, where the vehicle does everything, without the driver having to oversee anything.

Our slogan “Safe and Dynamic Driving towards Vision Zero” has been supported by a global communication campaign SensePlanAct since 2014. And the direction is clear: the future of mobility leads to fully automated driving. Integrated active and passive safety technologies and products that support vehicle dynamics are providing for ever more safety and comfort.

Electronics are becoming increasingly more intelligent and thus create the best conditions for the realisation of our Vision Zero, the vision of accident-free driving. For us in the division it is therefore essential during the development of new products to consider all possibilities of networking. And this is true not only for products but also for the necessary cooperation and teamwork within and beyond the business units.

As a result of networking individual components and from the perspective of our system approach we develop products and system functions along the chain of effects that form the foundation for automated driving.

The terms Sense, Plan, Act define the fields in which C&S products significantly determine driving as such. As a slogan that stands out, SensePlanAct stands for a continuous chain of effects that connects all the products and runs like a golden thread through all our activities.

We very visibly convey this thread to the place where everything Continental develops and produces comes into play: on the road.

In order to communicate the slogan and underlying objectives internationally, we use a universally understandable visual language. It focuses on three icons that are formed from this golden thread: the "eye" icon stands for products that are responsible for the perception (Sense) of the vehicle state and its environment, such as our innovative sensors for pedestrian protection, wheel speed sensors, cameras, or short and long-range radars.

The "brain" is a symbol used for the derivation of possibilities for action and necessary decisions (Plan), as they are made by various electronic control units. "Foot and Pedal" are depicted as the final icon representative of all those innovations that lead to an action to be performed (Act), that is a direct intervention in the control of the vehicle.

The combination of the three icons by the golden thread finally establishes the causal relationship of all products within a continuous chain of effects.

As head of communications at the automotive supplier Continental, I had to face up to the challenge of finding a clear path of communicating the benefits of automated driving.

We originally started out campaigning for our safety technologies, promoting our vision of accident-free driving. What started out with promoting electronic stability control (better known as anti-skid technology), then developed into the promoting of the autonomous emergency braking assistant.

This started some years ago and the response has been tremendous. The push/pull strategy is paying off nicely, with take-rates of safety technology on the rise at a fast-growing pace. This has been flanked with public relations and social media activities, in order to build awareness and trust in the technologies. 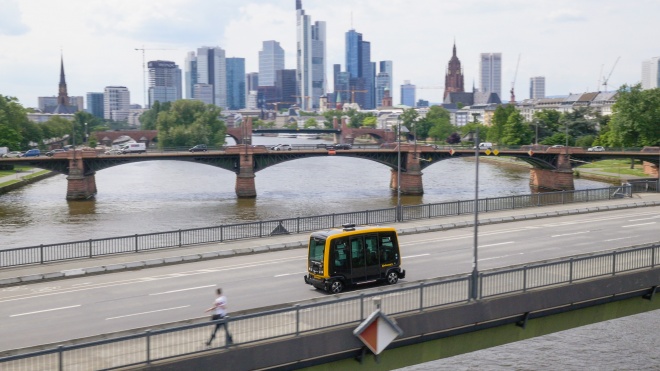 Building trust and awareness in the automated driving technologies was also an important aspect of our activities. Beside that we decided to launch an unbranded website named 2025AD.com where a holistic and unbiased view of all developments around automated driving, including legal, political and technological aspects.

The site continues to be a reliable source of information on all topics around automated driving. In addition, we have also recently launched a China version 2025AD.cn which has been extremely well received in the market. Here, we want to push the understanding and the benefits that automated driving can bring to a society where growth in number of vehicles is still tremendous. Furthermore, we adapted our websites into English, Chinese and Japanese.

So, will automated driving be a game changer? Well, it is definitely on the way to becoming one. The fast advancements in the technologies surrounding automated driving are bringing about a number of new companies, especially start-ups, whose vision it is to change the way we get from one place to another.

With the growing population of our planet, there will be more and more pressure on using intelligent ways of mobility, seamlessly combining different means of transport, in order to get from one place to another.

The additional revenue pool for the automotive market is expected to increase significantly. A McKinsey studied recently estimated that it at USD 1.5 trillion. This is a fantastic opportunity for our company to continue to grow and to develop technologies and services that will accompany this development.

While Continental is at the same time at the forefront of technological development when it comes to automated driving (for example, we will be the first automotive supplier who will bring solid state lidar into series production), it is also important to address our target audience within the automotive industry to ensure that we maintain our position as one of the leading technology companies in this field.

As a global automotive supplier, one of our advantages is that we can develop technologies and features around the world at the same time, incorporating market specifics from an early stage onwards.

So, while our engineers are testing features on the highways in the US, our engineers in Japan and Germany are performing similar tests, but each with a different focus: the US engineers would be looking into typical driving maneuvers such as overtaking on both sides of the vehicle, the Germans would be testing automated driving at high speeds on the German autobahns and the Japanese country roads, tunnels and night driving. This was something we were keen to promote as a distinct advantage throughout our media channels: local development with a global approach.

The general public, however, seems to embrace this new technologybecause it can see the clear benefits of it. Whilst filming our self-driving car (Continental Urban Driving Experience – CUbE), people came up to us asking what it was. Once we explained to them what we were doing, they were excited about the future prospects it could bring. This included both the young and old.

Nicole Orgnon is vice president communications and member of the management board of the Chassis & Safety Division at Continental, a role she has held since 2011. As such, she heads up external, internal, product and on-line communications for the division. She also coordinates external press work within the Automotive Group and is a member of the Global Communication Leadership Team at Continental AG. In this function, she reports directly the president of the Chassis & Safety Division.