Democracy is the key

Too many Europeans do not understand the beenfits of the EU. Time, then, for clear statements 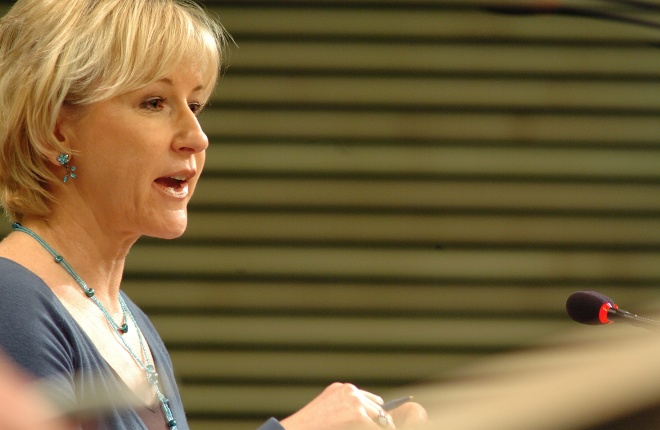 When I accepted the job of new European Commissioner in charge of the communication strategy and institutional relations, I knew it would not be a piece of cake. For years the EU has been perceived by European citizens as a remote, complicated and boring 4th dimension.

Since 2004, Margot Wallström is one of five Vice Presidents of the Commission and European Commissioner for Institutional Relations and Communication Strategy.She has already experienced a long and varied career, not only in politics. In 1979 the educated bank clerk was elected into Swedish parliament for the first time, but quit after seven years. In 1988 the Social Democrate had her first comeback, being appointed as State Minister for Church, Women and Youth in the Ministry of the Interior. After the defeat of the Social Democrates in the 1991 elections, Wallström left and became managerial head of the regional television TV Värmland. In 1994 she reappeared on the political stage, becoming Minister for Culture and later Minister for Social Affairs. In 1999 Margot Wallström was nominated as EU Commissioner for Environment.