Let us not give in

How do political communicators convey complicated arguments in a world of increasingly polarised rhetoric? A plea for deeper political engagement. 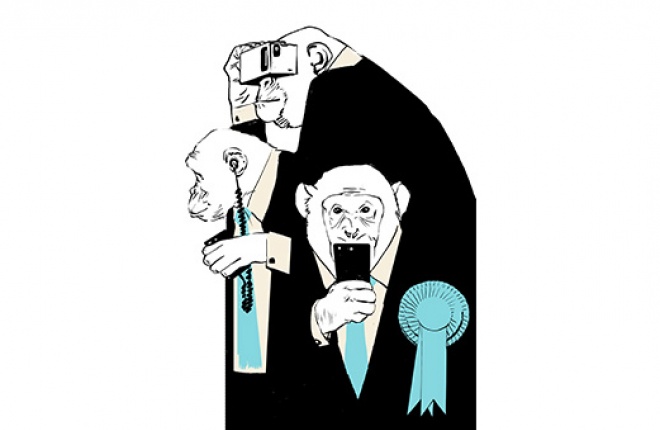 The list is long. Donald Trump in the US, Viktor Orban in Hungary, Jaroslaw Kaczynski in Poland, Nigel Farage in the UK, Marine Le Pen in France, Frauke Petry in Germany, Norbert Hofer in Austria, Matteo Salvini in Italy and Geert Wilders in The Netherlands.

These are just a few of the many politicians who have disrupted the status quo in democracies in the US, in Europe and beyond. Across these diverse countries, the pattern is the same: traditional parties of government are under increasing threat from new forces from the far left to the far right. Despite differences, the vision they portray of our society is one of fear and darkness. Closed societies in which the nation state is the solution to all problems, walls are being built again and foreigners – especially refugees – are seen as invaders. Being different is considered dangerous. Integration and inclusiveness are seen as giving up on our national traditions. Long-fought for achievements like abortion rights or gay and lesbian rights are under threat. A politics based on feelings rather than reason or even the truth.

The truth brings me back to the purpose of the article – how do we communicate politics in the new post-fact world?

While we have seen nearly 60 years of peace and democratic consensus in Europe since the signing of the Treaties of Rome, we are now entering in a new phase. Across the liberal democracies of the western world a new breed of politician and political groups is on the rise. These present a far graver threat than just splits between left and right; instead, they threaten the structures and freedoms that our democracies are based on. As Sigmar Gabriel said after the US elections: “The real ‘clash of civilizations’ is not Christianity against Islam but the assertiveness of the liberal and social democracies against the reshaping of our societies through authoritarian, nationalist and chauvinist movements”.

Already during the US election campaign, the German newspaper Die Zeit stated, “Clinton defended three achievements, which are today in danger in all societies of the West and threatened by authoritarians: a global order based on freedom, rational politics and an open society”.

How and why have we reached this stage? What are the reasons behind this new paradigm? And how can it be that a “man with omnipotence fantasies, who insults disabled people, who preaches hate, who wants to expel millions of migrants and to renegotiate important trade agreements, will now govern the most important country of this world” as Der Spiegel writes? Of course, there is wide ranging agreement that the US vote and other recent election results are mainly votes against the “existing establishment and political elite”.

Yet, while this is true, I agree with leading left-wing politicians as much as with international institutions like IMF or OSCE about the reasons for this. The underlying problem is the growing societal divide and inequality between rich and poor. The widening gap between those who have seen the benefits of globalisation and those who feel left behind.

The appeal of the populists

Whereas the rise of Donald Trump in the US and the Brexit vote in the UK relied mainly on older voters – the so-called “angry white men” – the economic crisis in the Eurozone has overwhelmingly affected young people. As Elio di Rupo, president of Belgium’s French-speaking Socialist Party and former Belgian prime minister, writes: “The European youth is particularly affected by the current crisis. Austerity has made them poor and rendered their future cloudier. Today, there are 4.5 million young people unemployed in the EU, and in some countries, 50 per cent of young people are jobless”.

Many of this “lost generation” are particularly open to the language of the populists and their simple answers. Anne Muxel, research director of the French National Centre for Scientific research, has looked at voter behaviour among the youth in France and concludes: “[The FN] appears particularly convincing for struggling young generations, which see themselves as the losers of economic globalisation. It is therefore unsurprising that the working class youth finds in the programmes of populist parties an outlet for its social issues and its worries and doubts about the future.” This growing inequality could thus open the door to developments we have not seen since the 1930s. It is especially true for young people, who are becoming victims of post-fact communication.

The growth of post-fact politics

As The Economist writes, “politicians have always lied”. However, not all politicians do and not all in the same way. What we are now seeing is mainstream, ‘serious’ candidates running campaigns based primarily on lies or falsehoods. Analyses of recent campaigns – for example Brexit in the UK, the referendum on refugee quotas in Hungary and the AfD campaign in Germany – have shown this. Moreover, the best example in this respect is again Trump.

The Trump we saw and heard during the US election campaign is a different Trump than the one we see after the election. His recent statements on ObamaCare and NATO sound much more moderate than his earlier aggressive stance – for which millions of voters elected him. While of course I am relieved by this seeming change of heart, I would feel betrayed if I was a voter that had elected him based on his campaign promises that he is know rowing back from. The fact-checking website PolitiFact found that, in 2016, a huge 78 per cent of the claims made by Donald Trump were “mostly false” or worse.

These are not exceptions. Populists today believe that the truth no longer matters. The entire concept of populists winning power is based on their concept of fear. They want people to be scared and portray assertions that “feel true” rather than actually being so. As The Economist writes, for populists such as Donald Trump, “feelings, not facts, are what matter in this sort of campaigning.”

The technological transformation of the media accelerates this trend. The various successful election campaigns we have seen over the last years, have indeed been driven – and decided – by social media engagement. The most famous example is Barack Obama’s Yes We Can campaign and Trump’s famous Twitter account. As one of Obama’s campaign advisors has said, many people trust their friends more than professional media outlets and thus campaigns are mainly run online. This rational is of course followed by populist politicians, too. And it is clear that simple answers, even if not true, circulate much faster and seem more convincing to many, especially those feeling neglected and left out, than facts coming from more accurate sources.

As The Economist writes: “Post truth politics has also been abetted by the evolution of the media. The fragmentation of news sources has created an atomised world, in which lies, rumour and gossip spread with alarming speed”. The recent allegations about algorithms and the possible impact that Facebook had on Trump’s election victory accelerate this debate even more.

So how can those of us who believe in a politics based on reason, facts and fundamental principles fight back? Communication is a major part of the answer.  We must continue to defend our open societies, even if they are much more difficult and complex to explain than the simple lies of the populists. We must find a way to communicate politics in a simple language and in a way that people feel included. Firstly, we cannot simply ape the language or policies of the populists – as some formerly centrist politicians like Nicholas Sarkozy propose.

Angela Merkel understands this. As she made clear following the massive defeat of the CDU in the elections in Lower Saxony in September 2016, “if we also start to escalate in our rhetoric, it will only be those populists who win, as they can express messages even more simply and clearly... If we start basing our language and our logic on those who are not interested in solutions, we will lose our orientation”.

“Populists today believe that the truth no longer matters.”

So if copying the populists is not a solution, what is? For me the proposal by Die Zeit newspaper is the right approach: “To counter this, mainstream politicians need to find a language of rebuttal... Truth has powerful forces on its side. Any politician who makes contradictory promises to different audiences will soon be exposed on Facebook or YouTube”. However, using moderate language is not the only answer. First, we need a political response to win people’s trust back and reconnect with those who feel left behind.

As Sigmar Gabriel stated after the US elections: “Especially we as Social Democrats have to draw our conclusions from the terribly successful Trump campaign. Because it shows how important it is to also take care of the people, for whom our party has been founded 150 years ago. Whoever loses the workers in the Rust Belt cannot be saved by the hipsters in California”.

To stand firm and clear on a political conviction can also be successful, without the use of hateful  language or false information. The recent developments in Poland show that populists cannot win when confronted with popular opinion and a well-organised opposition. When parliament began working on further restricting the abortion law, they were met with huge protests, mobilising a large part of the population and repeating a realistic and moderate approach.

So I am rather optimistic that in the long run there might be truth in what Thomas Schmid concluded in Die Welt newspaper: “Populists can insult and downgrade modern society and their defenders. However, they cannot take them over”.

For me the basis of our fight back must be to not give in to the lies or rhetoric of the populists – but to analyse the problems we face and to provide solutions based on our own values and captured in our own language. If we do this, we will win back voters from the populists. Even more so after the US elections, I have my fingers crossed.

Utta Tuttlies took up her current positon as head of press and communications/ spokesperson for the S&D Group in the European Parliament in 2010. With 194 members from 28 countries, the S&D Group is the second largest political group in the European Parliament. Previously, Utta was head of communications and public affairs for the Association of Commercial Television in Brussels. Before that, she worked as a political consultant in Brussels and as a media relations advisor in Germany.