The voice of reason

Is it time that communicators become the corporate conscience? 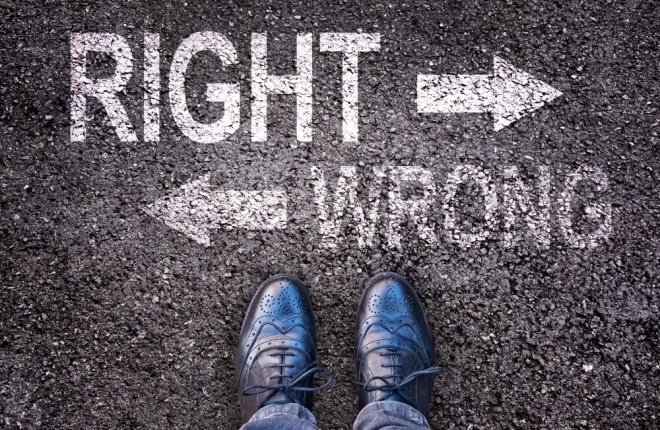 One was delivered by Dr Stephan Feldhaus, the head of communications at Roche. The other was by Dr Kendi Kinuthia, a Kenyan national who lectures at Leeds Business School, UK. Both talked about the need for communicators to lead on issues relating to ethics and matters of conscience.

The point Dr Stephan was making during his presentation is that there's no one better placed to advise business leaders on what is ethically right and wrong.

Whilst there are others in an organization whose role it is to advise on actions and their validity, such as the legal function which is focused on what is legal and illegal, none can talk about what stakeholders view as ethical with as much weight as communicators.

Our job is to understand the views of all of our stakeholders in relation to organization activities, and to help our business leaders appreciate how these views and expectations affect the corporate reputation.

"There's no one better placed to advise business leaders on what is ethically right and wrong."

However, old habits die hard as they say. There have been a slew of articles in the Fleet Street press on lobbying in the UK Parliament by agencies on behalf of their paymasters. It’s not for nothing that often the media, and the communications industry by extension, is quite literally called propaganda by most Arabs.

For me, communications is the bridge between the internal mechanics of the organization and different publics externally. Our job is to build and protect reputations. The best way we can do that is by behaving ethically on a personal level, and by encouraging our organizations to do the same.

It could be argued that many of the recent crises we’ve seen, be it with Volkswagen and the emissions misrepresentation or Facebook’s misstep with its Safety Button, could have been negated if communications had stepped in and guided the company’s leadership back on course.

"It could be argued that many of the recent crises we’ve seen... could have been negated if communications had stepped in and guided the company’s leadership back on course."

This notion of a corporate conscience applies even more in a region such as the Middle East, where many large corporations are government owned and are therefore unlikely to be legally responsible for any shortcomings.

And yet, the likelihood is that stakeholders, especially those from the public, will be talking about corporate failings on social media long before any traditional media coverage (again, partly due to government ownership of the media in the Middle East).

We need to change the debate around communications and its role as an ethical voice within an organization by taking the following steps:

My own experience leads me to believe that there’s a growing momentum behind the need for communicators to become the voice of reason in their respective organizations, but there’s still a long way to go for us to become the conscience of an organization.

With all of the recent failings at the likes of FIFA, VW and other corporations, the need is there and growing for communicators to be brave, to stand up and say that certain actions should not be taken for the good of the company's reputation.

Communicators need to act as the corporate conscience and guide their business leaders for the long-term good. Some communicators, visionaries such as Roche's Dr Stephan, have taken this approach.

Will you be bold enough to do the same?

Alex Malouf is the vice-chair for the Middle East Public Relations Association. He is a marketing communications executive who has spent the last 10 years in the Middle East and lived across the region, in Saudi Arabia, Bahrain, Lebanon, Jordan, Syria and the United Arab Emirates. A journalist by training, Alex's experience spans corporate communications, media relations and outreach, content development, crisis/ reputation management, and digital and social media.