What happened to social media influencers?

Disco music died in the 1980s and now social media influencers begin their downfall in 2019, what happened and what can marketing & communication professionals do?

By
Jonathan Graham
Digital and Data 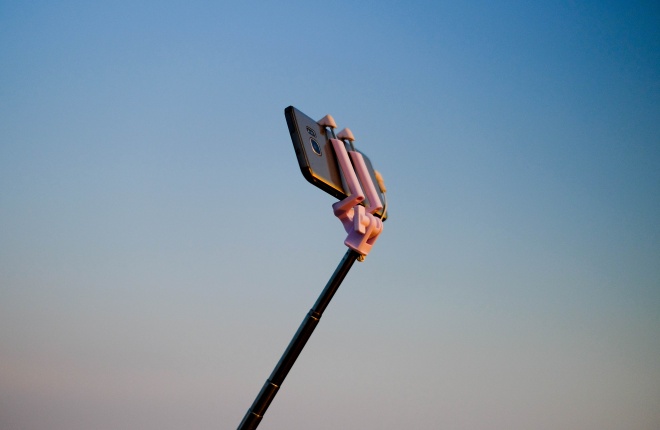 Disco music’s death began 40 years ago on July 19, 1979 during the Disco Demolition Night promotion at the Chicago White Sox baseball game in the United States.

Ticket holders brought disco records to the stadium and after the baseball game, DJ Steve Dahl from WLUP radio station, blew up disco records which in turn started the “Disco Sucks” backlash that essential destroyed the genre of disco music[i].

(Photo by Steve Gale on Unsplash)

Fast forward to 2019 when HULU streaming services premiered “Fyre Fraud” on 14 January and Netflix premiered “FYRE:  The Greatest Party That Never Happened” on 19 January. The documentaries cover the 2017 Fyre Music Festival which was cancelled and currently the subject of numerous lawsuits.

How did these documentaries become the catalyst to disrupt social media influencers as a legitimate advertising/promotion channel? According to the documentaries and earlier reports[ii], millions of dollars were spent with influencers to promote Fyre Festival. Fyre was billed as a two-week luxury music festival- the most unfortunate of the ticket buyers made it all the way to Great Exuma island in the Bahamas to find the venue not ready and all acts cancelled.

With little to no attention to identifying posts as an advertisement or sponsorship, top social meida influencers were called out for fraudulent promotion including top models Haley Baldwin Bieber and Kylie Jenner[iii]. The blatant negligence of influencers was dismissed easily by the influencers themselves—one model, Bella Hadid apologized for her involvement by stating on Twitter, “I feel so sorry and badly because this is something I can’t stand by, although of course if I would have known about the outcome, you would have all known too.”[iv] Bieber claimed in a television interview she donated her undisclosed proceeds to a undisclosed charity.[v]

Many influencers are not taking their role seriously and as a result, continue to propagate false advertising on their online social media platforms. When celebrities or influencers do not label posts clearly as paid/sponsored content, it gives the impression the celebrity uses or has a positive experience with the good or service.

While the EU has Directive 2006/114/EC concerning misleading and comparative advertising, the directive is recognized as hard to enforce as cross-border lawsuits present their own challenges because of cost and international law procedures. One action that is actionable is a proposed a ban on “misleading marketing practices such as concealing the commercial intent of a communication, the identity of a trader or material information on the consequences of the reply to a communication.”[vi]

Credibility, trust and authenticity are lost with the current model of influencer marketing. EU guidelines on advertising rely on the influencer to declare a post to be an ad or sponsored post. This is no safeguard. Until influencers meet heavy fines and legal action will the seriousness of the situation be established.

“You cannot make business decisions on social media influencers. As a professional photographer and graphic artist, I look for expertise when purchasing new equipment or finding out about innovative techniques for my profession, said Ilija Buschmann, owner of IB Photography, Stuttgart Germany. “I use industry magazines and websites for business-critical information- when I see social media posts from influencers, I am skeptical. These influencers are usually not experts and most of the time it is obvious they are paid or sponsored for such posts.”

Instead of relying on influencers, companies should use social media to engage in two-way conversations directly with their customers and markets. Hosting and promoting industry/topic experts is good way to engage on social media.

Engage through credible channels, work on an influencer program that directly connects with your customers. Keep your integrity and step back from social media influencers as a key engagement strategy. Use real experts and develop qualified spokespeople—your company is full of experts that could provide meaningful interaction with your customers that is transparent and credible.

Also, look at the progress of traditional media outlets. Print advertising and direct mail see increased rates of returns through innovation and better targeting. With multi-channel TV and radio increasing, there are more targeted channels to align with your brand.[vii]

Just like publications and broadcast outlets are responsible for their content, social media apps like Instagram and Twitter should share responsibility and legal consequences of misleading and dishonest promotions on their platforms. This need to be sorted. But until then our task is clear -- focus on our customers and clients in providing credible, trustworthy, authentic marketing and communication programmes.

[ii] Richardson, David. (2017, May 4) Blame the Fyre Festival fiasco on the plaque of celebrity influencers. Retrieved from WIRED. https://www.wired.com/2017/05/blame-fyre-festival-fiasco-plague-celebrity-influencers/

[v] Baxter-Wright, Dusty. (2019, February 8). Hailey Baldwin reveals what she did with her Fyre Festival fee Cosmopolitan, Retrieved from https://www.cosmopolitan.com/uk/entertainment/a26249475/hailey-baldwin-fyre-festival-fee/

[vi] EUR-Lex. (2012, July 2). Communication From The Commission To The European Parliament, The Council, The European Economic And Social Committee And The Committee Of The Region:  Protecting businesses against misleading marketing practices and ensuring effective enforcement Review of Directive 2006/114/EC concerning misleading and comparative advertising. Retrieved from https://europa.eu/!Kd97qK

Jonathan Graham is senior manager of global communications for TE Connectivity’s Industrial business in Darmstadt, Germany and serves on the executive committee of the Sustainability Green Printing Partnership. In his role at TE, the global leader in sensor and connectivity solutions, he manages external and internal communications. For SGP, the leading sustainability certification for the printing industry, he leads the marketing activities and chairs the SGP Foundation. Jonathan has a master’s in journalism from the University of Mississippi in the United States.