Why CSR will catalyse the evolution of corporations

Three trends communicators should be paying attention to 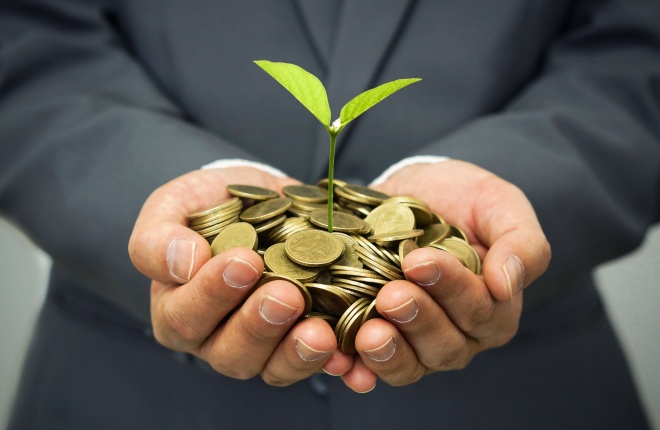 Though corporate social responsibility (CSR) was once sneered at as public relations activities fuelled largely by extra company dollars, it will someday catalyse the next step in the evolution of the world’s corporations.

Globalisation has made businesses realise that social relevance is crucial to stay marketable. CSR practices in turn, have transitioned from well-meaning gimmicks to a profitable code of chivalry among corporations. Profitable because reducing energy use, greenhouse gas emissions, water waste and garbage production can generate savings as can green products in sales. This is the Holy Grail of sustainable businesses – to profit from doing good things.

1. Millennials will dictate movement. Sure, they might be rowdy and raucous, but they’re the most highly-educated and socially-aware group in history. Millenials will soon have the power to influence the production and demand for green products and services.

Many corporations are greening supply chains and ensuring equity across both production and distribution cycles. There’s a steadily-growing demand for green products – sustainably sourced soy, palm oil, wood, paper, name it. A 2014 Nielsen Global Survey covering 60 countries found that 64% of online consumers in the Asia-Pacific region were willing to pay more for products and services with commensurate social or environmental impacts. That’s two-thirds of the online market – and their numbers are swelling.

In the next decade, Millenials will start helming some of the world’s top corporations. Today’s employee volunteerism drives like teaching, tree-planting and rural development will pay dividends. The youth make up a fourth of Earth’s population – let their energy be the rocket-fuel to take corporations to the next level.

2. Social media will be the main battleground. Yep, we’re already familiar with social media strategies, but social media might evolve in ways we can’t yet imagine. Facebook and Twitter for instance, became significant game changers. Communicators must learn to react well to organic social media trends. We’ve all seen the Oreo Super Bowl Ad, a sweet example of playfulness and timing – but many other companies promote sustainability through the web, like Walmart’s Green Pinterest Page.

With the growing tendency of audiences to spend less time spent digesting posts, communicators must learn to tell hard-hitting ‘stories’ in three sentences or less. Images will have to be stronger and more innovative to pop above the clutter. Communicators shouldn’t be afraid to experiment, invest in paid features and make mistakes. Bushwhacking a thorny trail hurts, but you might get to name it when it’s established.

3. CSR campaigns will last longer and be more aligned with global development goals. Gone will be the days of one-off gimmicks. More strategic, multi-year drives will be the norm. Vigilance from watchdogs, better ties with the government and more transparent operations will see CSR drives supporting critical issues like climate change solutions, disaster risk reduction, poverty alleviation and so forth. By concentrating on fewer but more strategic goals over a longer period, in-house expertise is developed – and having both the knowhow and resources to change the world is a game changer.

“Communicators shouldn’t be afraid to experiment, invest in paid features and make mistakes.”

Climate change is possibly the most significant SDG to address. We’ve literally been baked by the hottest years in human history. According to the National Oceanic and Atmospheric Administration, 15 of the warmest years yet recorded occurred since 2001. Last year was the hottest year since 1880 – and this year is ‘hot’ on its heels. If we don’t cap global temperature to within 1.5 degrees Celsius of pre-industrial times, many of the world’s ecosystems – forests, freshwater bodies and coral reefs – might crash. Fortunately, more corporations are delving into renewable energy and energy efficiency. Asia is seeing more wind farms, solar parks and small-scale hydropower plants. Climate adaptation has become a selling point – ‘flood-proof subdivisions’ are marketed in the typhoon-prone Philippine isles. Communicators should share The Stories That Protect and market green ideas to the public.

Of course, CSR shall evolve regionally as each country develops a unique CSR culture. India and the Philippines are into health and development, while export giant China is investing in greener supply chains. Whatever the thrust, CSR should someday drive corporate operations from for-profit to for-the-greater-good, the next step in the evolution of global businesses.

Working to make a company bigger and better? Feels great. Working in a company that makes the world better? Man, I’d do that for free.

Gregg Yan is the communications and media manager for WWF and Earth Hour in the Philippines. Outside WWF, he leads the Best Alternatives Campaign and helps mentor young trailblazers through the ASEAN Youth Leaders’ Association. In 2013, he was recognised by Reader’s Digest Asia as one of the most trusted people in the Philippines. Gregg co-leads the CSR Working Group of the Asia Pacific Association of Communication Directors and is founder of Best Alternatives Campaign.