Military history and me 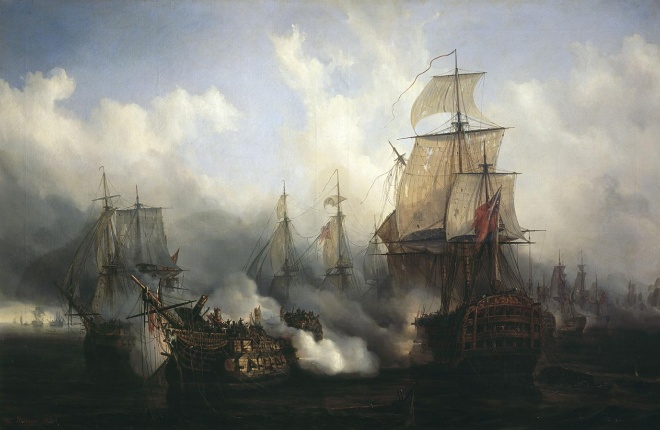 Like most boys, I played soldiers when I was a kid, making my own assault rifle or sword from wooden pieces and some rope.

Later my dad took me to see The Battle of Midway; the first movie on a big screen in hi-fi sound – I still remember the rumble of the airplane engines from the opening scene.

At the same time I grew up with terrible stories from the real war. My grandfather did not talk much about it but when he did he always ended with “those were terrible times”. I became fascinated with the history of war and read every single book on the subject I could find. The military world became very real to me when I did military service in 1991. I joined the navy and spent most of my time at sea and signed on for four years of active reserve.

Today, military history is my hobby. Not the factual story but the human experiences behind it. Some of my favourite books like The Silk Roads by Peter Frankopan or The Price of Admiralty by John Keegan tell us how people in difficult circumstances and with huge responsibilities make the decisions they make.

And every single biography of a military leader – be it Nelson or Rommel – or book on the topic of military leadership like the excellent The Mask of Command (again by Keegan) stresses the crucial role communications plays.

"“Even after a battle like Trafalgar,  communications was crucial.”

Time and again the role of communications is central in these stories. Be it as a propaganda tool to prepare the public for a war or as an operational prerequisite for a perfect coordination of troops on the battle field. Even after a battle like Trafalgar, communications was crucial and it took at least four courageous men and more than three days to deliver the news of victory to a desperately anxious Britain.And if we look at what Sun Tzu  has to say about it in his classic The Art of War we can, for example, make the link to current internal communications practices. He states that “If words of command are not clear and distinct, if orders are not thoroughly understood, the general is to blame. But if his orders are clear, and the soldiers nevertheless disobey, then it is the fault of their officers.”

Those of us in internal communications will understand the message here: focus on the middle management and train them to be effective communicators. The great Chinese classics have always said that it’s better not to fight, that the clever man achieves his ends without violence, that a battle delayed is better than a battle fought.

Let’s try to follow that advice as much as possible by keeping communication lines open at all times. •

Philippe Borremans is an independent public relations consultant specialising in crisis communications and reputation management. He is one of the founders of Reputation & Co., a network of senior communications consultants active in Europe and Northern Africa. Previous to his current role, he was strategy director at PR Media, a Casablanca-based public relations agency with offices across the Maghreb region. Before moving to Morocco, he was chief social media officer and CSR coordinator at Van Marcke Group. Between 1999 and 2009 he held several communications positions at IBM, including corporate and online communications. Throughout his career, he has worked both in-house and in agency. Philippe records and publishes his weekly PR podcast Wag The Dog FM and is a regular guest lecturer at business schools and universities in Morocco.