What does it mean to be authentic in business?

When it comes to consumer perceptions of authenticity, companies must move beyond big brand promises and platitudes and be as they wish to be seen. Research from FleishmanHillard reveals how European companies engage authentically 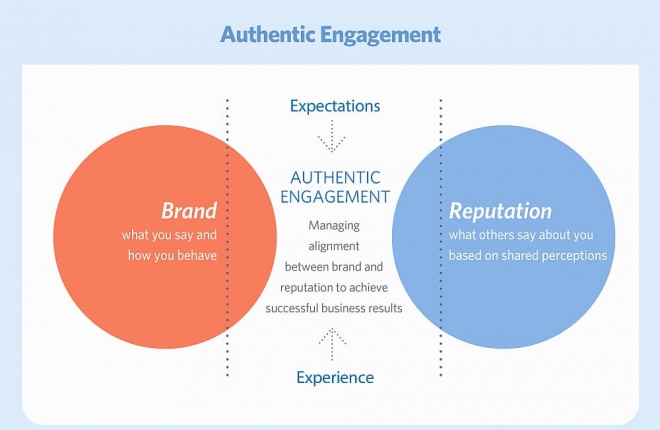 Recent examples of corporate misbehaviour have undermined consumer trust in the brands of some of the world’s largest companies.

The Volkswagen emissions crisis reverberated far beyond the automotive sector. A business that seemed immune to market changes, synonymous with reputational integrity and impervious to criticism was exposed for its business ‘irregularities’. As an example of German engineering prowess and as representative of a  manufacturing sector previously held up as the bastion for success, that gap between customer expectation and the actual experience was shown to be immense.

In the UK, the Public Accounts Committee’s (PAC) investigation continued into the tax practices of the multinationals. As Google stepped up to take its place on the benches, it was clear that the debate was not simply a regulatory one. Over recent years, the PAC has been heavily influenced by perceived negative public perceptions of tax avoidance. There is a massive blurring of lines between how a company acts and whose responsibility that is. Questions have been personal as well as professional and there is an expectation for companies to pay. How the company conducts itself is critical for audience perceptions.

"There is a massive blurring of lines between how a company acts and whose responsibility that is."

This all goes to demonstrate that management decisions are no longer seen as the preserve of the boardroom. Old habits die hard; many companies remain reluctant to either communicate regularly (outside of the mandatory financial results) or to be fully transparent in their business practices. Yet FleishmanHillard’s research into authentic behaviour shows just how fundamentally important this is. In a more demanding world, our research proves that there is no separation between a company’s brand and its reputation. And in fact, until the two are properly aligned no business can be seen as truly authentic. While companies are spending extraordinary amounts of time and money on their corporate narrative, they are missing the mark on what matters most to their audiences. The Volkswagen example shows that consumers are thinking increasingly about the company behind the products they are buying and using.

So what actually matters in Europe?

Our research is split into nine drivers of reputation that fall into three categories: management behaviours, society outcomes and customer benefits. Focusing on those drivers allows us to examine what the priorities are for audiences in each of the sectors we surveyed. It also allows us to see that overall there are certain trends:

Consumer expectations are shifting – the former focus on customer benefits (innovation and value being the most important) is becoming less important in shaping reputation than in the past. Consumers are increasingly more concerned with society outcomes, including how a company treats its employees, how the organisation looks after the environment and how it works with the community it is in. There is an increased expectation for companies communicate about management behaviours: (how company is run, how it performs and the nature of its communications). The research, however, shows that the gap between expectations and what they see companies delivering in this area is growing.

Walking the line between messaging and narrative

We have all been witness to an over-trained spokesperson who fails to fully engage with the public they are trying to talk to. Our research shows that it is more important than ever for organisations to focus on the comprehensive story that will resonate with the company’s wbusiness practices. When companies are seen to fall short on that reality they are seen as insincere and ultimately inauthentic. Sweeping messaging platforms can leave an audience baffled and bored so it is vital therefore that any communication is peppered with true anecdotes and real life examples that demonstrate that this is not simply management speak.

"Our research proves that there is no separation between a company's brand and its reputation."

Communicating regularly is imperative to a successful business reputation but it needs to be focused. Not every sector is the same, and each market will have different priorities. As this is the case it doesn’t make sense to communicate in a scattergun way about each of the nine drivers but instead have a strategy that is aligned to your audience priorities.

At FleishmanHillard, we use the framework of nine drivers to help companies develop their corporate narrative in a way that is aligned to audience expectations of their behaviours. We can then analyse which of the nine drivers is the priority and develop a campaign focused on these.

The role of the leader

In the not very distant past, company leaders were unknown beyond their core business-to-business audiences. Thanks to an ever-pervasive media with a growing appetite for a leadership perspective, that has completely changed. Leaders are now as much a part of a company’s authenticity as the organisation they represent and they are expected to deliver against that expectation far more quickly than ever before.

"Leaders are now as much a part of a company’s authenticity as the organisation they represent."

A leader that has effectively built their reputation in the media and social space is more able to use that reputation to move the company to a better situation when a crisis hits. Too often we think about putting our leadership forward in terms of the risk and vulnerability involved but what should actually be considered is a lack of consumer contact with a company’s leaders creates a vacuum that is hard to fill. It is critical to pay to attention to these gaps in how we tell our leadership story in the coming year. With so many companies betraying their brand promise, our audiences are demanding to know more about the people who lead them and how they lead.

Who are the real influencers?

It’s an intriguing point. When you think about how a company really implements change, and how the enthusiasm might grow about that change, for example, it’s all about the employees – they bring about the strategy, they talk about the strategy – they are the strategy. And yet when it comes to the sources consumers see as important, only one in five think company employees are an important source of information. However, if we think about what actually influences perception of companies we see that knowledgeable peers are the source most people trust; mainstream media also plays a role but companies themselves are also seen as an important source of information in a complementary way.

Regardless of what the media would like us to believe, celebrities and social media are regarded as less influential sources.  Clearly this is an ever changing situation but it is interesting to appreciate that companies need to nurture their employees, not just as a workforce, but also as a channel for spreading the word, and as a valuable resource.

Employees are ambassadors for what your company represents and should be seen that way. Our research shows that whilst employee care isn’t the largest focus of consumers for any sector it is gradually increasing as a factor in what people think about – Apple, for example, has in recent years had questions asked about its employee policies and Amazon’s care of its employees has been under much scrutiny, particularly in the UK.

For a company to be seen as authentic, this needs to be both something that is a focus internally and externally. An employee strategy has to go beyond just ambassador employer brand programmes. We need to take a holistic view of the entire employee experience and treat them with as much sophistication as we do our customers. The approach to internal communications and engagement should take into consideration the entire employee experience from the search and hiring process, onboarding, employment and even through retirement.

John Saunders is president and CEO of FleishmanHillard, the firm’s fourth since its founding in 1946. As the former regional president of the firm’s Europe, Middle East, Africa region, he oversaw a network of agency and affiliate offices. Among his previous leadership roles, John was regional director of Europe from 2004 to 2011,and managing director for the firm’s Dublin office, which he founded in 1990. A former radio journalist, John served as president of The International Communications Consultancy Organisation and has been a member of the Europe and Central Asia Committee of the World Economic Forum.