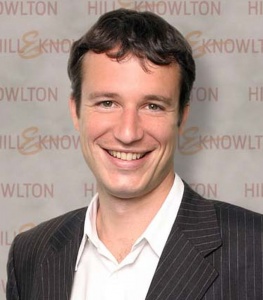 Christopher Burghardt has been appointed head of policy and communications, EMEA, for ride-sharing app Uber.

He most recently spearheaded First Solar’s growth strategy in the region since 2012, successfully leading the company’s entry into emerging markets, such as Turkey and the Middle East. He originally joined First Solar as Vice President of Public Affairs for Europe, Middle East and Africa, in
September 2009. Although he subsequently transitioned into a business development role, he continues to actively advocate for renewables in Europe and has played an important role in positioning solar energy as a critical driver of the region’s energy transition.

Burghardt is a dual German-Belgian national and earned an MBA in Finance from the Wharton School of the University of Pennsylvania, an MA from the College of Europe and a BA from the University of Sussex and the Institut d'Etudes Politiques of Aix-en-Provence.

Uber Technologies Inc. is an American multinational online transportation network company headquartered in San Francisco, California. Uber is the subject of ongoing protests and legal action from taxi drivers, taxi companies, and governments around the world who are trying to stop Uber from operating in their areas. These groups say that Uber presents unfair competition to taxis because the company does not pay taxes or licensing fees; that it endangers passengers; and that drivers are untrained, unlicensed and uninsured.