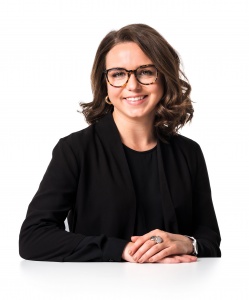 Led by CEO Ursula Burns, VEON provides communications and digital services to 210 million customers in ten emerging markets and is listed on the Nasdaq in New York and Euronext in Amsterdam.

At Portland, Elise was an Associate Director and member of the firm’s leadership team for the international disputes practice - overseeing issue management, litigation communications and global campaigns on behalf of clients. Previously, she was a consultant at APCO Worldwide.