When it comes to managing a crisis, what’s most important: prevention or cure? Two recent case studies suggest their own answers. 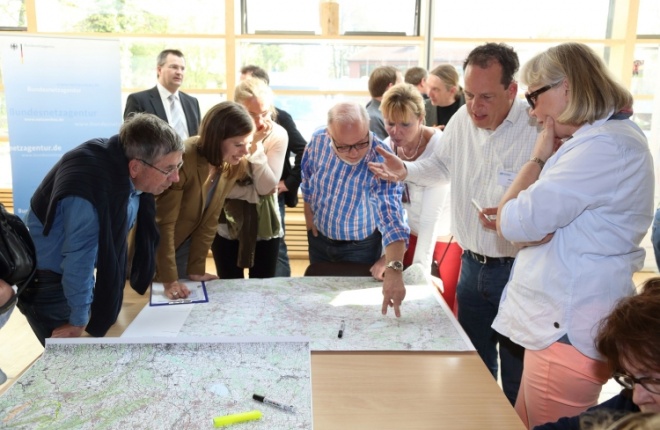 Following criticism from the public, SuedLink held Info-marts along the site of their planned powerline corridor

Few events cause more disruption to an organisation’s status quo than a crisis. Whether originating from outside the company or within, a crisis raises fundamental questions about the organisation’s operations, direction, strategy and relations with the wider community.

For this special issue on anticipation and disruption, Communication Director looked at two recent case studies highlighting two very different examples of crisis handling by two very different organisations: but which nevertheless share important perspectives on how to anticipate and react to critical emergencies.

Atea, a Nordic IT infrastructure company headquartered in Oslo, faced its crisis in April 2013 when a strike by 80 employees over a tariff agreement triggered a larger sympathy strike at regional power companies that are customers of Atea. The combination of a strike and the region’s power supply was a perfect storm of crisis as fears of power shortages and blackouts spread across Norway, reflected in headlines such as “Norway strike seen risking power blackouts, export cutoffs” from Reuters. In fact, more than 500 pieces of coverage in just four days put considerable pressure on Atea and the company turned to Burson-Marsteller for assistance with messaging, government relations, media relations and monitoring, and internal communications.

Morten Pettersen, CEO of The Nordics at Burson-Marsteller, led a team answerable to Atea’s CEO. He describes the team’s approach to anticipating crisis as “well prepared”, noting that “crisis planning and training represents the minimum level of preparedness. As a professional crisis communication agency, we have advanced tools for monitoring and identifying crises before they escalate.”

In identifying the threat posed by the strike and profiling which audiences had to be communicated to the most urgently, the team undertook extensive stakeholder mapping and analysis, developed preapproved messages for every possible media and political contact or turn of events, and carried out training to ensure that the crisis management was efficient. In the background was a constant time pressure, with the crisis lasting for an entire month (an eternity when a reputation is under the spotlight). For Morten Pettersen, the timeframe was the most challenging element, describing it as a “long lasting high intensity crisis”.

In the face of this intensity, Atea and Burson-Marsteller’s crisis response took on a two-part strategy. The first was to take the heat out of the coverage by refuting negative comments about Atea with facts. This called for a round-the-clock monitoring of all comments and coverage in both traditional and new media and speedy reaction through pre-agreed and consistent communications.

In the second phase, Atea persuaded politicians and media that the strike lacked legitimacy because it received only low levels of support among employees. Burson-Marsteller made sure that supportive employees were heard in the media.

The work soon showed results. Political parties spoke out against the strike and pressure on the unions grew. Atea gained public support and won several positive media stories. When the dispute was brought before the National Wages Board in October 2013, Atea won on all counts, the first time in Norwegian history that a company had won this kind of dispute.

From Leipzig’s city tunnel, Cologne’s subway line and the infamous Stuttgart 21, many major infrastructure projects in Germany have met with opposition, criticism and protests. Given this context, any new project in Germany would be well-advised to anticipate high levels of opposition and disruption. That certainly applied to SuedLink, a powerline to transport renewable power 800km from north to south Germany and “Deutschlands größtes Netzausbau-Projekt”, according to Der Spiegel.

Thomas Wagner of the transmission system operator TenneT and community relations manager for the SuedLink project, admits that it was clear to them that the project would face “issues, concerns and to some extent criticism from the general public”. Which is why TenneT was eager to face this challenge head on with a proactive communication plan, paying equal attention to traditional as well as social media in order to respond to opinions as they arose. As part of their pre-emptory issue management, TenneT also discussed with environmental and consumer protection NGOs to understand which issues were particularly pressing, and with regional multipliers from politics, the media and civil society to help identify where lines of conflict could emerge.

However, Wagner admits that, when plans for the corridor of the powerline were published, “the protest was much greater and much more emotional than we had envisaged.” 10 citizen groups immediately formed to oppose the project and the Bavarian state government demanded a moratorium on the construction of new transmission lines. “To put it bluntly,” says Thomas Wagner, “our communication seemed doomed to failure before it had even begun.” Time for an urgent re-think, which, like Atea and Burson-Marsteller, had to take place under considerable time pressure.

TenneT had to respond to this challenge and did so with info-marts. The team developed detailed information and maps and in three months conducted 22 info-marts along the planned transmission corridor. With a team of up to 20 experts on hand to answer questions, the public was invited to participate in the route planning with comments and suggestions, either in personal discussions, via questionnaires, on large-format maps or by telephone and online. With more than 3,000 statements received during this dialogue, roughly half of them comprised suggestions for optimising the corridor. In this way, says Wagner, “the dialogue significantly contributed to improved planning.” Accompanying the public info-marts, TenneT also held discussions with local and regional politicians.

The right approach in a crisis, according to Wagner’s analysis, is to speak on equal terms with your critics, to understand their points of view. “Local citizens have very individual fears about their health, environment and property values. Only personal discussions can help to address these concerns. That entails considerable  effort and time but this is the only way acceptance can be gained. In personal dialogue on equal terms!”

The results of TenneT’s crisis handling were positive, with media analysis showing 80 per cent of articles as neutral-to-positive: “excellent for such an emotive issue”, says Wagner.

But to what extent does he credit those early planning stages? “It is important to be prepared, such as by means of a comprehensive stakeholder and issues analysis,” he says. “But not everything can be planned in crises. Some dynamics are hardly foreseeable. Here it is important to be present as a team and – based on what can be prepared in advance – to respond quickly and accurately.”

With hindsight, Wagner judges his team’s initial approach as “still somewhat conventional: we wanted to provide information about the project and then gradually commence the personal dialogue.” However, his team soon learnt that “traditional ‘frontal’ information formats – with experts on the podium and the public below – do not work.”

The lesson learned at Atea and Burson-Marsteller, meanwhile, was the need for “a better understanding on how difficult it is to get the media to drift away from their default perception, which is to support unions against employers.” Even in the red-hot heat of crisis, it seems that valuable conclusions can be drawn that help the organisation anticipate and manage the next emergency – from whichever direction it appears.

David Phillips is editor in chief of Communication Director.