Converged communication forms are a product of today 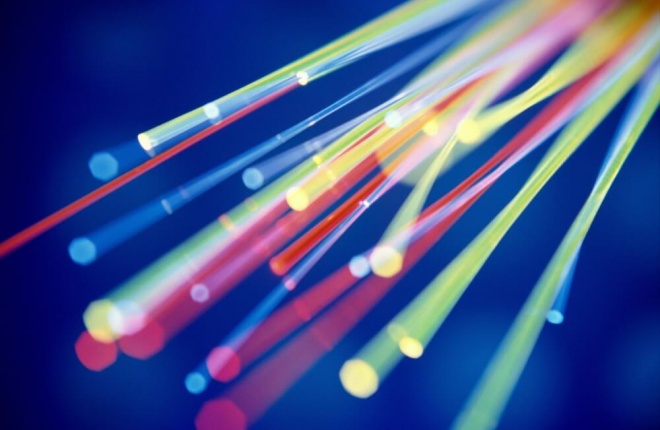 R/GA is among the world’s top ad agencies when measured either by annual billings or creative awards. Historically, many of those awards and associated revenues came from highly creative 30-second spots on television.

So, I was surprised when I learned the agency founder had been predicting the imminent death of 30-second TV spots for several years. In fact, the agency has adjusted its core focus in anticipation.

Will Turnage, senior vice president, technology, told me “traditional digital” advertising such as banners and pre-roll inserts in video clips “will be around for a while, but like TV spots, they too are slowing down in response rates”.

But why am I telling you this? As a corporate communicator, ad agencies are not your purview. In fact, communicators and advertisers have historically viewed each other as historic competitors for ad dollars. The answer is that ad agencies, PR firms, channel marketers, content marketers, corporate communicators and other professionals are all on a collision course into the same space, where they may find themselves using the same technologies to reach the same audiences with extremely similar products.

In Part 2 of this series, I told you about VinTank, a social CRM agency acquired by a PR agency that is now calling itself an integrated marketing and communications agency. It appears that all sorts of agencies are heading towards this same point, despite diverse origins. I also believe that many enterprises will converge their departments along similar lines.

Like most changes that I report on, this is being driven by the converging contextual forces of mobile, social, data, location and the Internet of Things. Millennials and their intimate relationships with these technologies are driving the changes, and these technologies are also the underlying tools that have triggered a shift of influence from sellers to buyers. That shift is forcing communications professionals to become more conversational and to listen to what people want rather than trying to persuade them on what they actually do want.

So how do these currently-disparate organisations converge and what do the results look like?

Will Turnage of R/GA told me, his agency was increasingly working on video storytelling. Instead of 30-second spots on commercial television R/GA was producing five-minute spots that were achieving measurable success on YouTube. In this age where everything seems to be moving to shorter and faster, R/GA is moving to longer and slower. As marketing increasingly gets into people’s faces, digital story telling is using a softer approach.

One R/GA example is the Game before the Game, which features footage of kids growing up in diverse places, all of them with families encouraging kids to kick soccer balls, all of them showing mentors encouraging children to do their best – all of them listening to music on mobile devices. It culminates at the World Games, with the kids being the star athletes of today. It received 29 million views on its first 30 days—on YouTube, not television. The sponsor was Dr. Dre’s Beats headphones, which was only mentioned at the very end of the production. The quality of the story and the brevity of the promotion were striking and memorable—in contrast to your everyday ad. The question really is: is video storytelling advertising, PR, content marketing or what?

YouTube is interesting for a few reasons. First, people have to go to find the content and they usually get there because friends recommend it. Second, Millennials are far more likely to watch a YouTube clip than a five-minute television commercial. What surprises me, is that YouTube seems to now be a mass medium for quality producers. And one free upload lasts long after Super Bowl ads become forgotten.

Is digital storytelling advertising, PR, content marketing, all of these things or none at all? I don’t know and it gets more complicated.

In Sweden, Apolosophy, a Swedish beauty-care brand has installed digital billboards featuring an attractive model with long, flowing hair in train stations. Embedded ultrasonic sensors in the billboards know when a train is arriving nearby. When it does, the model’s hair blows in the appropriate direction, grabbing commuter attention.

Okay, that’s advertising, but wait: BarncancerFonden the Swedish Children’s Cancer Foundation, posted very similar-looking digital billboards in many of the same stations. When trains rolled by, the model’s hair blew entirely out of the picture, revealing a 14-year-old girl made bald by chemotherapy. Commuters were reminded that one Swedish child is diagnosed with cancer every day.

This is more communications than advertising if you ask me.

In Switzerland, a digital billboard goes further still. Graubünden Chalet, a leading Alpine destination, has produced a digital billboard in the main Zurich train station, where a friendly, bearded man chats with commuters who pass within range, commenting on what they are carrying or wearing. Clearly he can see them and can communicate in real time. He invites them to take the next train up to the Chalet for lunch. He offers to provide them with free train tickets. If they agree, the billboard prints a free train pass, and the bearded man directs them to the right track.

It is not a billboard at all. The guy at the chalet is using a computer to talk on Skype and the billboard is merely on speakerphone mode. The most advanced tech involved is the ticket processor. So, is this an ad, or something new and game changing? This is why I maintain that the boundaries are blurring.

Another area where disciplines converge is in online niche communities. Among the most effective I have found is the Women’s Training Club that allows women on all levels of training to share experiences with each other. The mobile social platform is owned by Nike. It minimises product promotion and invites people using gear from other brands to join in. It’s as if Nike developed a virtual living room, where people who have similar interests can get together and share information and ideas.

So why would Nike bother to spend so much time and money providing free services to people who buy rival products? Because it builds a loyalty. Perhaps a member’s feet fit better in a rival brand’s shoes, but that person may be more likely to buy shorts, socks and perhaps a Nike Fuelband because of Nike’s apparent generosity.

These new communities are also examples of what I call Lethal Generosity: the idea that using technology to be kind to customers at every point will lead to greater brand loyalty. It will lock competitive effort out: customers will become champions. You will attract the best and the brightest of you next generation of employees. You will get more sales on lower marketing costs impacting your profits and absolutely befuddling the competition.

This article is the last in a three-part series I have written about communicators in the digital era. The first article covered the influence of contextual technologies and the rise of Millennials. The second unpacks the use of external data sources to provide pinpoint and personalised communications.

You can explore the case studies and concepts discussed in this series in my latest book Lethal Generosity.

Shel Israel is an author and speaker with a focus on technology’s impact on business and life. He has released a number of acclaimed books, most recently Lethal Generosity. His best-known works are Naked Conversations and Age of Context with Robert Scoble. He began his career in the 1960s as a journalist before turning to public relations in the Silicon Valley, eventually starting his own agency in the 1980s.