Ahead of tomorrow's historic vote, some communication lessons taken from a deeply divisive campaign. 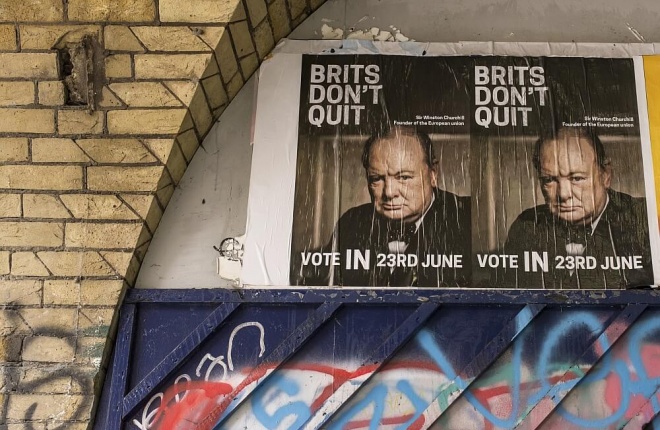 Just under a week ago, on 16 June, British MP Jo Cox was shot dead by a man shouting "Britain first". Tomorrow, the UK goes to the polls to vote on whether to stay or leave in the EU. Both the Stronger In and Vote Leave camps suspended their campaigns immediately following the killing of Jo Cox, if only for a few days. The death of Jo Cox was the tragic apotheosis of an unprecedentedly intense campaign that crossed the boundaries of freedom of expression.

What had been a campaign based on political communication quickly degenerated into doom and gloom forecasts, escalating in lies, drama, hollow rhetoric and – ultimately – an assassination.

The Leave campaign engaged the public by using the power of narrative. Feelings of national pride were triggered by presenting an historical narrative in which Britain is a mighty and influential country. In the style of Donald Trump, the Leave campaign wants to make Britain great again. It argues that, by becoming part of the EU, Britain has lost sight of its status as an extraordinary nation. According to this narrative, a leave vote will set the British free, allowing Britain to become great again.

Vote Leave has been running a campaign of misinformation to scare voters into quitting EU Including such misleading messages as “The UK sends 350 million euro every week to Brussels”, “London always get bossed around by Brussels” and “Turkey will join the EU in 2020”

Brexit supporters warned that if Turkey was allowed to join, free movement rules within the EU could see many Turks seek work in the UK and could lead to a five million increase in the population by 2030. Despite being shown that their facts are incorrect, “Brexiters” persisted in advocating disinformation on many issues from migration to EU payments.

The Remain camp, on the other hand, evoked the element of danger in case of leaving. “Leaving Europe would threaten our economic and our national security,” said Prime Minister David Cameron. A group of the UK’s most eminent academics indicated that leaving would encourage politicians to pull apart decades of environmental policy established through the EU.

Being in the EU has allowed us to implement legal frameworks that have improved our quality of life, including the air we breathe and the seas we fish in, and has protected wildlife that crosses national boundaries, they said.

Here are four lessons to be learned from the campaigns in favour and against EU membership:

Tomorrow, 23 June, the citizens of the UK will vote. Should the UK leave the EU? The Brexit debate is something on which not only the British, but almost all European citizens have an opinion. The murder of Jo Cox may have turned the tide towards remaining in the EU. History, especially during periods of constant change like this one, is often shaped by random events.

How would I vote if I was allowed to? I would vote to stay. That is how I voted on the Brexit Showt. I believe that the UK would win more influence by leading, not leaving, the EU. It has a fantastic opportunity to lead Europe if it remains. It will face major economic and geopolitical risks if it leaves.