Giving voice to the continent 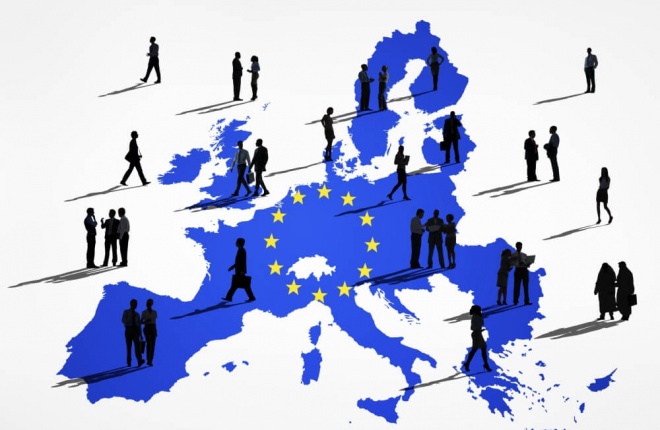 “Accuracy, Authenticity and Interest” was the slogan of Ivy Lee, one of the founding fathers of public relations, creator of the press release and pioneer in the field of crisis communications. Almost 100 years later, this slogan remains at the core of sustainable public relations.

Though it can take years to build, an organisation’s reputation can be rapidly damaged. This can happen to any kind of organisation including a supranational union like the EU.

In spite of the fact that the EU has overseen more than 60 years of peace in Europe, the eurozone crisis has paradoxically been its biggest media breakthrough. People from all over the world began to follow EU-related news due to the consequences of the eurozone crisis.

In June 2014, I found myself sitting next to former EU Commissioner Maria Damanaki during a networking dinner. As a communications expert I was asked if I had any suggestions for re-branding eurozone countries in financial trouble. My answer was that great brands are mainly built on PR, not advertising. The practice of public relations starts with policy and performance. PR works properly when the product is good and the message is clear.

In recent years the EU spent a lot of time and money to communicate with its citizens and explain its policies and its “raison d'être”. However, the information and communication messages were full of jargon and the impact was poor.

Communicating Europe is all about democracy. Transparency is essential to democracy. People need to see how leaders are elected. Despite efforts to improve transparency, the process of selecting the president of the European Commission is still not transparent.

The whole Brussels bubble is not very transparent and few understand what’s going on there – except those inside the two square kilometres around the Schuman Roundabout. There is urgent need of more transparency where EU affairs are concerned.

Good communication works when it is legitimated. This time is different was the slogan for one of the largest EU campaigns with a budget of 16 million euro in the run-up to the May 2014 European elections. Unfortunately, it didn’t work. The campaign, with its overall neutrality and sober image, failed to adapt successfully to the social, political and cultural diversity of the different EU countries.

“Communicating Europe is all about democracy. Transparency is essential to democracy.”

Despite the campaign, the votes for euro-skeptic parties increased and the abstention rate was historically high. The restoration of public approval for the EU and boosting engagement of the people are political and communication challenges that should become top priorities.

Being visible and creating a European public sphere is paramount. For most of the EU citizens Brussels is too far away from their bed. A new pan-European communication plan equal to the Plan D from the period 2004-2009 will help.

During that period the European Commission made communication a strategic objective and tried to create a European public sphere. The aim was to better anchor European debates in the parliaments and media of the member states. Another difficulty to overcome is the multilingualism aspect. Information and communication should be made available in all the official languages. The EU should communicate more and better on local level.

Supporting quality journalism and challenging myths and populism is also essential. At the beginning of 2015 I attended the #Media4EU event on EU strategy for independent and sustainable media in Europe. The event was organised in the European Parliament by Euractiv, a European media network focusing on EU news.

The debate revealed strong support for an EU strategy for the media sector. I couldn’t agree more with:

(a) the principle to support quality journalism and scrutiny and challenge myths and populism and;

(b) the overall opinion that most actions should be decentralised and the press corps should not compromise its independence.

Furthermore, I was pleasantly surprised to hear another former commissioner Connie Hedegaard saying that the European Commission is too slow and inefficient in policy-making as well as in communication.

Now comes a time to change this. Here are 4 ways to most effectively communicate Europe:

PR is like good journalism. It creates transparency by making important things clear and relevant to stakeholders. Good PR helps create dialogue and a basis for beneficial decision making. It is necessary to make messages coherent, clear, concrete, and free from jargon and, connect them to particular human needs and expectations. Messages to send out should be carefully thought and tailored based on the target audience. Don’t forget: you have about five seconds to capture media attention.

The EU should use more social media to reach out and connect with citizens and stakeholders in addition to the traditional communication channels. People should be actively involved in the debate. They want to see that there is a face behind an organisation like commissioners, spokespersons, officials etc. EU representatives should visit all EU countries and meet the citizens face-to-face in open debates, schools, markets, civil society and professional organisations, etc.

“PR is like good journalism. It creates transparency by making important things clear and relevant to stakeholders.”

The tendency to use viral videos as communication tool in a union with 24 languages is a little bit ambiguous. The European Commission’s campaign video Science it’s a girl thing from 2012 is an example of a PR nightmare. The video was described by Curt Rice of the Guardian as a "viral fiasco" and was quickly taken down. Originally meant to encourage young women to go into science, it received huge criticism and has been condemned as sexist and demeaning.

Communication itself is often considered inside the EU a secondary task proceeding from the administrative staff and often subjected to it. As a result, any communications project is essentially focused on management and is too self-centred. Using external agencies or consultants provides more flexibility; it brings in specialist skills and an extra source of ideas.