Authenticity in a time of environmental urgency

Many of the industries that drive economies and meet society’s needs do not have the public’s confidence on the environment. And many of the brands that consumers invite into their lives are not meeting their demands on the environment – and risk being viewed as inauthentic for claiming that they do. 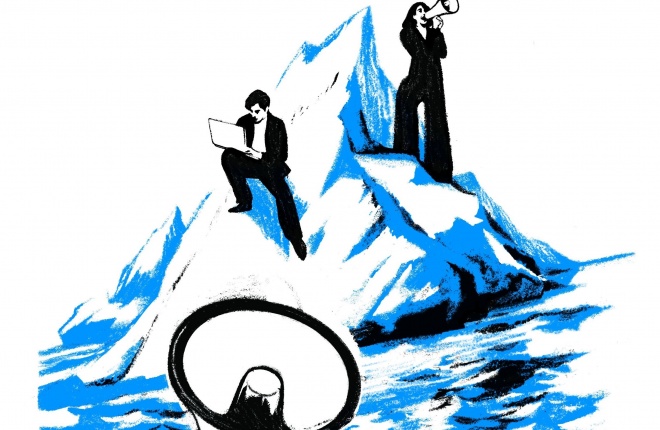 Companies cannot escape the climate and environment debate. And they shouldn’t try to. The ones that are bold in communicating how their commitments and actions meet or exceed consumers’ standards will be rewarded.

From ever-present media attention on environmental issues, to the rise of activists such as Greta Thunberg and Extinction Rebellion, to a growing discomfort about the climate amongst consumers, discussions about individuals’, corporations’ and society’s impact upon the planet are here to stay. The public has clearly stated that companies have a responsibility to solving the great challenge of this generation, whether those companies like it or not.

Expectations are higher than ever. The rise of every-day environmentalism is a fundamental shift in our lives, with concerns about single-use plastics, modes of transport and reusable products all leading to subtle behavioural shifts and purchasing decisions. Demanding action – and taking it themselves – has evolved from the realm of activists to the daily lives of consumers.

As a result, addressing the environment cannot be about small gestures. Communication about sustainability can no longer sit just within the world of corporate social responsibility. It must be backed up by decisions and actions at the heart of a business for consumers to regard it as authentic.

FleishmanHillard has studied authentic engagement each year since 2012, assessing how companies’ brand, including how they behave, talk about themselves and express their point of view, aligns with their reputation amongst the public and stakeholders.

Consumers expect the companies to live up to the promises they communicate and the values they espouse. There are damaging repercussions when companies fall into the ‘authenticity gap’ between the messages a company conveys and consumers’ experience of that organisation. Unsurprisingly, the greater the gap, the greater the problem.

Our research, conducted by our TRUE Global Intelligence Team, surveys more than 7,000 engaged consumers in Brazil, Canada, China, Germany, the United Kingdom and the United States. These individuals are informed purchasers who seek information about, engage in dialogue with and provide feedback to companies. When supportive, these engaged consumers don’t just purchase products and services; they advocate on behalf of brands to family and friends and share content from and about brands on social networks. 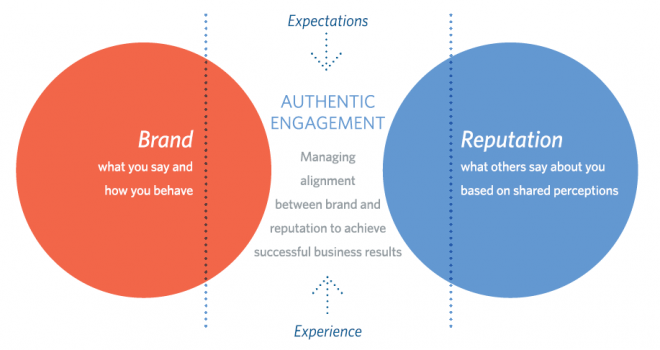 The past seven years have enabled FleishmanHillard to identify nine drivers of authenticity, attributes that affect consumers’ perceptions and beliefs about companies and industries. The three drivers under customer benefits, reflecting the experience of using a company’s products and services, define only 47 per cent of the perceptions of that company. The other half, 53 per cent, is shaped by the six drivers of authenticity under management behaviours and society outcomes.

What does it mean for communications leaders? Day-to-day interactions between a consumer and a company are important, but broader challenges such as impact upon the environment and community are too. A company may not be able to solve all issues, and not all are relevant to them, but our empirically proven model shows that it will be scrutinised about how it addresses the issues under its control and avoids communicating about them at its peril.

The environment imperative and opportunity

Consumer expectations have intensified and become more diverse, with no issue surging more than the environment in recent years.

In 2019, 79 per cent of consumers said climate change and environmental issues are important to them, an increase of seven per cent over last year. More significant is the role of business. Protecting the environment leapt up a full 20 percentage points amongst the issues that consumers expect companies will address, at 59 per cent of those surveyed. That’s a one-year jump from 17th to third on the list of issues to act upon.

The environment ranks behind only data security and data privacy amongst consumer priorities. At a moment of prominent populist economic movements, taking a stand on the environment comes ahead of income and wage gaps (52 per cent), and ranks far ahead of important societal issues such as gender equality (45 per cent) and diversity (36 per cent).

"'The environment ranks behind only data security and data privacy amongst consumer priorities."

This new landscape presents tangible communications opportunities. Forty-seven per cent of respondents want to know more about how companies are creating solutions to reduce their climate impact. For businesses doing meaningful things on the environment, there are consumers eager and waiting to hear from them.

Addressing the authenticity gap on the environment

The challenge for communicators is that all sectors are now facing scrutiny on their care of the environment, not just those that have historically been under pressure such as energy and extractives.

FleishmanHillard’s Authenticity Gap research queried consumers’ views on 20 diverse sectors, from apparel, online and media services and consumer electronic devices, to banking industrials and pharmaceuticals. The expectation for strong commitments and policies on the environment are predictably high for industries like energy and automotive, but are also high in areas such as personal care products and food and drink. Of these 20 industries studied, 17 have an authenticity gap between consumer expectations and their actual experience regarding care for the environment. For nine industries, the gap is greater than 10 per cent, a sizeable gulf. A large majority of the industries that drive economies and meet society’s needs simply do not have the public’s confidence on the environment.

The research also examined 160 individual companies from around the world, including many of the best known and most beloved brands that are part of our lives each day. Eighty-four per cent of them, 135 companies, showed an authenticity gap on care for the environment, with an average of nine per cent. Again, a large majority of the brands that consumers invite into their lives are not meeting their demands on the environment – and risk being viewed as inauthentic for claiming that they do. Communications leaders must recognise this potential blind spot. Consumers are questioning all companies, including those that may believe they have a strong environmental record, support sustainability initiatives and engage in climate-friendly behaviour.

But across communications, marketing and other disciplines, there is also an exciting opportunity for companies to position their commitments and actions to be more attractive to the public. It will take more than corporate social responsibility programmes and modest commitments.

To bring communications to life, we rely upon five principles of authentic engagement:

Our research showed companies must carefully consider the role of their leadership in communications about the environment. Three out of four engaged consumers in the UK expect CEOs to take a stand on issues that impact upon that company’s customers (76 per cent), products and services (72 per cent) and employees (76 per cent). Far less importance is placed on taking a stand on controversial issues that influence government policy changes (48 per cent) or are important to their own personal views and beliefs (43 per cent).

The message to CEOs is clear. Step back from the issues that may generate headlines, such as the spread of fake news, growth of artificial intelligence and debate about immigration, and focus on the topics that matter to your company and the people it touches. Environment is certainly a part of this.

Equally, the message to communications directors is clear. The environment has surged as an area of concern for consumers, many of whom are taking a more discerning view of the content, information and communication that increasingly bombards their lives. Companies that are taking action and show a positive impact through communication can close the authenticity gap on the environment. Seizing that opportunity to differentiate themselves will have a tangible impact upon their reputation and their business performance..

Michael Hartt is a partner and head of international affairs at FleishmanHillard in London, leading campaigns on geopolitical, economic and humanitarian challenges for nearly 20 years. He advises corporations, industry associations, UN agencies and foreign governments on communications and stakeholder engagement around climate change, sustainable energy investment and the intersection between international development and the environment in the UK, across Europe and globally.