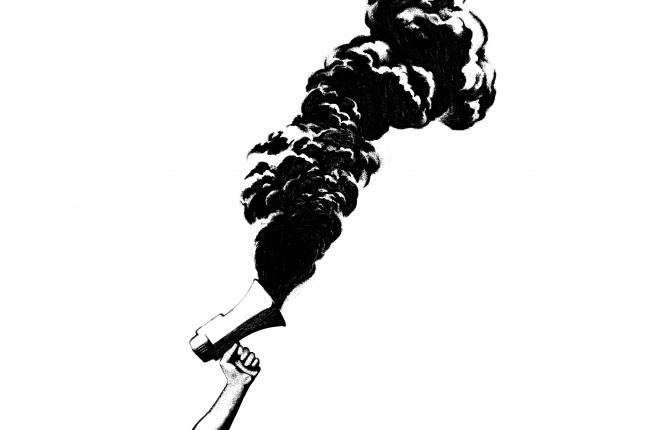 Growing stakeholder pressures on the impact of waste on our planet is an everyday news story that will only continue to gain momentum.

Plastics, the destruction of unsold garments by the fashion industry, dumping on third world countries, slavery in the supply chain and so on are but a few of the examples that are regularly exposed by the media, driven hard by NGOs and causing public outrage. This is expressed in mass demonstrations, social network campaigns, consumer boycotts, targeted attacks on corporations, as well as investor demands.

Sustainability today is broad and difficult to define, and, as such, subject to multiple interpretations.

For the sake of this article, let’s use Wikipedia’s definition: “Sustainability is the ability to exist constantly. In the 21st century, it refers generally to the capacity for the biosphere and human civilization to coexist. It is also defined as the process of people maintaining change in a balanced environment, in which the exploitation of resources, the direction of investments, the orientation of technological development and institutional change are all in harmony and enhance both current and future potential to meet human needs and aspirations.

For many in the field, sustainability is defined through the following interconnected domains or pillars: environment, economic and social”, also known informally as profits, planet and people.

However, in recent years a number of high profile cases related to false sustainability claims calls into question whether organisations are making genuine commitments and investments in sustainability or are merely paying lip service to it as a public relations exercise.

"A number of high profile cases related to false sustainability claims calls into question whether organisations are making genuine commitments."

Examples include the 2015 VW diesel emission scandal1, the 2018 Starbucks announcement that it would ban all single- use plastic straws in all of its stores by 2020 and replace them with “nitro lid”, which in fact contains more plastic material than the pre- ious lid and straw combined2, and various cases in the cocoa and chocolate industry including deceptive labelling and labour practices. In fact, before the diesel emission scandal, (which as of May 2019 is costing over 30 billion euros)3, VW campaigned heavily to portray itself as an environmental steward, with 77 million dollars spent in the US market in 2015 to advertise the “greenness” of their diesel cars.

The roots of sustainability reputation crisis

Today, nobody can dispute that sustainability is increasingly high on every corporate agenda. With ambitious targets and elaborate reports, organisations that make it to the top of Sustainability Indices such as the Dow Jones Sustainability Index4, can claim to have achieved a degree of recognition that can shield them from the worst. Yet is it really so?

Defined by Delmas5 as the “false claims regarding the environmental practices of a company (firm-level greenwashing) and the environmental benefits of a product or service (product-level greenwashing)”, greenwashing is regrettably still prevalent across sectors, and it can be evident in the following ways: one, significantly more money or time has been spent advertising being "green" than is actually spent on environmentally sound practices, and two, changing the name or label of a product to sound more eco-friendly on a product that contains harmful chemicals.

Legislation on this matter is far from consistent across geographies, though it has been tightened in recent years. When organisations make claims, launch aggressive and costly campaigns designed to demonstrate sustainability, and then fail to deliver or worse simultaneously engage in misleading practices (such as VW), the lack of credibility is exposed and stakeholder trust is shattered. Ultimately, the ability to retain stakeholder trust is the differentiating factor between a crisis and a reputation train wreck. Stakeholder outrage driven via social networks and news media exposure means that fingers are rapidly pointed at those organisations who do not walk the talk.

Statistics from the Institute of Crisis Management’s 2018 annual report show that 67 per cent of business crises worldwide are non-event-related or smouldering crises. Often the problem or issue exists long before it goes public, yet little is done to address and resolve it; or worse, it is hushed up, and then suddenly escalates. Misleading stakeholders can quickly and mercilessly catapult an organisation into a crisis and reputation melt-down with devastating effects - on the very ability of the organisation involved to continue to operate and on the affected stakeholders.

"Misleading stakeholders can quickly and mercilessly catapult an organisation into a crisis and reputation melt-down."

The fundamental question an organisation must ask itself about its motive to be sustainable is whether it is to “look good” or because “it’s the right thing to do”.

An organisation’s sustainability claims must rely on three key pillars: 1) Intention/Motivation; 2) Commitment; 3) Execution. All three have equal weight. If the intention is strong, but commitment is lacking and execution is weak, results are poor and the organisation will be called into question. Equally, when motive is questionable, commitment haphazard yet execution shines, the organisation will be blamed and exposed. Some of the elements essential to building a sustainability strategy include: transparency, internal campaigns to build awareness and culture, implementation and validation through strong governance and audits and a regular review of third parties and supply chain practices. But, let’s face it: Rome was not built in a day and continuous commitment above all else will drive results.

Organisations that have been exposed for poor sustainability practices can end up in trouble. Yet by going back to the drawing board, reflecting on motivation, embedding commitment, changing behaviours and implementing a robust and consistent strategy, it is possible to rebuild trust and grow stronger. The case of the Thai fishing industry is a useful one to introduce here. In 2014, The Guardian published the first hard-hitting article on slavery in the Thai fishing industry, which linked it to global supply chains.

A year later, the Associated Press published an exposé on working conditions in shrimp peeling sheds and later on about the trafficking of Thai people to islands in Indonesia and destined for the Thai fishing industry.

One of the companies exposed in this report was Thai Union, the world’s leading canned-tuna company and one of the largest importers of shrimp into the US, with well-known brands in its portfolio. At the time, Thai Union’s K. Thiraphong was one of the few CEOs who spoke to the world media about finding modern slavery in their supply chain, and what was going to be done about it. It was a galvanising force for Thai Union, but also showed leadership in the industry. The company chose to take immediate steps.6

For instance, in the shrimp sector, measures included annulling contracts with shrimp processors and bringing the business in house, issuing a code of conduct and sustainability plan governing itself and suppliers and extending it to labour and fishing practices on boats, establishing an audit process, and extending a traceability system. In 2017, as part of its SeaChange® strategy, Thai Union signed an agreement with Greenpeace to eliminate “exploitative and unsustainable practices” from its supply chain.

Ambitious? Yes. But critical times call for credible measures as the only way to save the day, and walking the talk is a must. Whilst in the case of Thailand fisheries, not all problems have been resolved, significant improvements have been achieved especially with regards to the issues raised in the AP story.

According to Darian McBain, global director of corporate affairs and sustainability at Thai Union, “taking a risk-based approach to sustainability helped us manage risks at all levels – reputational and operational – and also to identify the priorities for action and what needed to change. Through our SeaChange® sustainability strategy, we embedded sustainability not only into what we do as a business, but also in who we are.” Sustainability is not a catchy advertising slogan. A successful sustainability strategy is founded on values and ethics with long-term viability balanced against short-term profits.

"A successful sustainability strategy is founded on values and ethics with long-term viability balanced against short-term profits."

It is a strategy that integrates environmental, economic and social issues into its business operations, and is rooted in the culture of the organisation. In today’s context of intense scrutiny from stakeholders in all corners of the world and from all walks of life, those who do not walk the talk of sustainability will likely be found out and risk ending up in a reputation train wreck.

1. www.nytimes.com/2015/10/18/business/energy-environment/socialresponsibil...
2 www.theguardian.com/business/2018/jul/23/starbucks-straws-ban-2020-envir... https://theintercept.com/2019/04/19/starbucks-plastic-lidsrecyclable/
3 www.independent.co.uk/news/business/news/volkswagen-profits-dieselemissi...)
4 The Dow Jones Sustainability Indices (DJSI) launched in 1999, are a family of indices evaluating the sustainability performance of thousands of companies trading publicly, operated under a strategic partnership between S&P Dow Jones Indices and RobecoSAM (Sustainable Asset Management).[1] of the S&P Dow Jones Indices. They are the longest-running global sustainability benchmarks worldwide and have become the key reference point in sustainability investing for investors and companies alike.[2]In 2012, S&P Dow Jones Indices was formed via the merger of S&P Indices and Dow Jones Indexes.[3]
5 A., & Burbano, V. C. (2011).The drivers of greenwashing. California Management
Review, 54(1), 64-87
6 www.ft.com/content/225ad6d0-3be3-11e8-b7e0-52972418fec4

Caroline Sapriel is managing partner and founder of global consultancy CS&A International. Previously, she was general manager of Taiwan and regional business development director, Asia, at JMA Public Relations in Hong Kong. She has also been a guest lecturer in crisis management at the University of Antwerp in Belgium and Leiden University in The Netherlands.