How can constructive journalism push the sustainability agenda forward, and what messaging galvanises change? 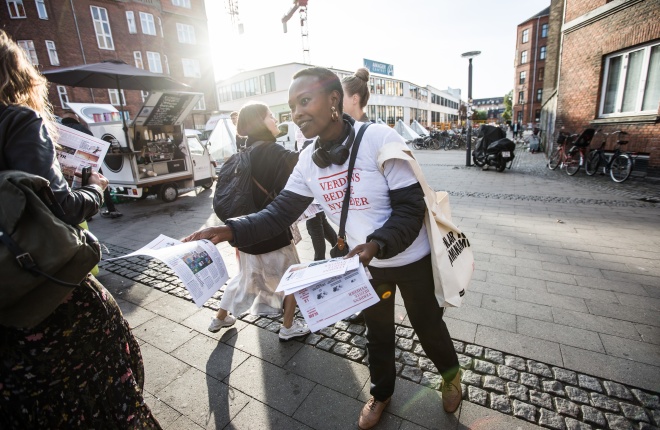 Thomas Ravn-Pedersen is the CEO and editor in chief of World’s Best News, an independent organisation that reports on progress and solutions to challenges in  global development.

It is also a frontrunner in communicating the Global Goals. He spoke to Communication Director about positive narratives and negative media.

What was the original impetus to set up World’s Best News in 2010?

Thomas Ravn-Pedersen: We recognised there was something missing in that contract between the public and those who are taking care of aid and development. World's Best News was established as a partnership between NGOs, civil society, the private sector, the Ministry of Foreign Affairs and UN organisations in Denmark, with the objective to communicate the successes of international cooperation and the status of the world in 2010. Then it became an annual campaign following the Millennium Development Goals, because we realized that there were a lot of strong stories hidden in the MDGs where the world made giant leaps forward when it came to expected living age, enrolment in primary school and universities, gender equality, improved infrastructure – in most countries across the world living conditions improved.

But that story was not told. We had contact from a lot of countries asking if they could copy the concept – Ireland, Sweden, Finland, Norway, the Netherlands and even the EU asked if they could take the concept of World's Best News, a way of telling your success stories about international cooperation.

We live in an interconnected world: why are we so ill informed about the real facts in countries that are much more accessible than they were even like 10 or 15 years ago?

When we started World’s Best News there was increased fundraising activity. Many NGOs were out on the streets face to face asking for contribution, so they were conveying a picture of something lacking. Which is true but does not tell the other side. The aid organisations have a responsibility here but the main responsibility lies with the media and the way journalists have been trained in this overarching focus on negativity in all conflict stories. ‘If it bleeds, it leads’.

So there has been a vicious cycle where journalists compete over having the most negative stories, whereas a story about success was not regarded as good journalism. We were some of the first movers in Denmark to practice what we call 'constructive journalism', and we are now not alone in that, which is great. We have global challenges that we need to address and so we need readers or citizens who at least have a hope that change is possible. 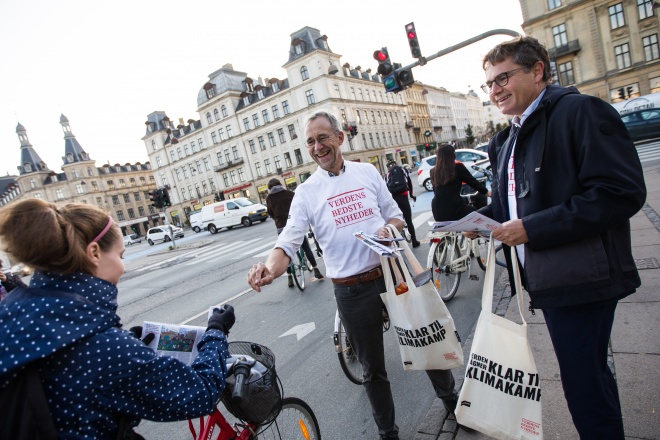 Why did you choose the Sustainable Development Goals as a particular focus for World’s Best News?

We were part of the preparatory conferences and were in close connection with the UN and different actors, and when we saw the final plan of the 17 global goals for sustainable development, we could see that they were building on the success of the former Millennium Development Goals and had this power of hope in them.

We immediately named them in a headline “The world's most important plan.” When we started bringing civil society and the private sector together, a lot of them had been fighting and pointing fingers at each other. The civil society were not sure if they could trust the private sector, they were just capitalists with bad intentions, whereas the private sector saw some of the NGOs always criticizing them unfairly, being very leftist, or whatever, so there was prejudice both ways.

And so we had five years of having that platform so when the Danish government were looking at communicating the SDGs, we suggested that we should develop a web portal presenting the SDGs and journalistically follow how Denmark performs according to the goals. It was an advantage that it is run by a neutral organisation and not the government itself. It has been fun also to combine the experience with constructive news and seeing how well it actually fits the spirit of the SDGs: here is an ambitious plan that’s full of hope and based on science and results, so in a way it fit perfectly with our qualifications and experience.

Has the UN found the right way to communicate the SDGs?

Yes, they have done great. The more detailed answer is in fact it was not the UN who invented the SDG communication strategy, it actually came from outside and that's better. That's a wonderful fairy tale in itself.

Richard Curtis, the man behind blockbusters like Four Weddings and a Funeral, Love Actually and Mr. Bean and also the brain behind the Make Poverty History campaign back in the early 2000s, went to the UN and offered to apply his skill in emotional communications to preparing the SDG communications and making them memorable. Ban Ki Moon and his team at the UN really liked that offer and now we have this wonderful design of the wheel and the 17 icons with very simple words which are possible to translate into all languages.

As a communicator, I must say that even though it was not originally the UN's idea, the fact that they saw the power of good communication is fantastic, and the honour belongs to the present deputy secretary general, Amina J. Mohammed, Ban Ki Moon's special advisor at that time, who shared that very difficult bridge between the diplomatic UN system, with its dos and don’ts, and on the other hand an anarchist like Richard Curtis, and was able to control that process up to the 25th of September 2015 where the General Assembly agreed on all these colours and icons and films on the screens… it was a wonderful emotional moment. It was agreed in harmony with all 193 countries. There were groups who tried to object to the communication plan, but it has been such a gift for the whole UN movement to look modern, to look smart, to have such a huge ambitious plan of transforming our world in 2030, which basically means revolution, then to be able to communicate it in a such a beautiful, colourful way.

What about the framing narratives behind sustainability communications? Take the ‘sustainability or collapse’ narrative, which says we have to take action or face catastrophe: that is great for protests and immediate action but may not be able to sustain itself as a narrative before fatigue sets in. What's the middle ground between messages that reassure us that there is positive change in the world and messages that galvanises us to skip work and go out on the streets to protest?

Greta Thunberg came to Copenhagen in May. I have been to many demonstrations in my life but this demonstration was the most positive, happy demonstration I have ever been to, even though the subject was saving our planet. However, there is one area where I do not agree with Greta Thunberg and that is when she says we need to panic because the house is on fire.

Definitely, the house is on fire in many places, in the Amazon most recently. But with sustainability comes solid answers about to how to act accordingly; that also applies to news that offers solutions and points at for example transformation in the energy sector, which is much more rapid than anybody had expected. So what can we learn from that? We can learn that it is possible to change something that everybody thought was impossible. The sustainability wave is not just a trend or fashion; it is building on facts and real, constructive results. The New York Times had a story that there are three billion fewer birds now than 50 years ago in the US. That is scary. But let us combine it with constructive news: 30 years ago one of the things I was afraid of was the ozone layer – we talked about how we may be grilled if the ozone layer disappeared and there was a big hole over the Antarctic. Now that layer is the smallest it has been in 30 years or so, because the international community reacted based on scientific warnings and put carrots and sticks into legislation so that companies stopped using Chlorofluorocarbons and develop something else. The same with acid rain: young people today do not fear it because governments reacted.

So sustainability is becoming a narrative with very solid argumentation in so many spheres: the economic sphere, the social sphere, the environmental sphere… the whole ethical sphere about have we've been too greedy as a human race. That is what the kids are telling the parents today..

Thomas Ravn-Pedersen is the CEO and editor in chief of World’s Best News, an independent news organisation for constructive journalism and campaigns that reports on progress and sustainable solutions to challenges in global development. World’s Best News also publishes verdensmål.org, which is sponsored by the Danish government as a pilot for how a national digital platform on the Global Goals can be rolled out globally. Thomas is a member of The 2030 Panel, an advisory board to the all-party coalition The 2030 Network in the Danish parliament, a board member of Game, a NGO working with street sports and street culture, and member of the advisory board at Orestad Innovation City Copenhagen.