A look at recent highlights in the world of content marketing 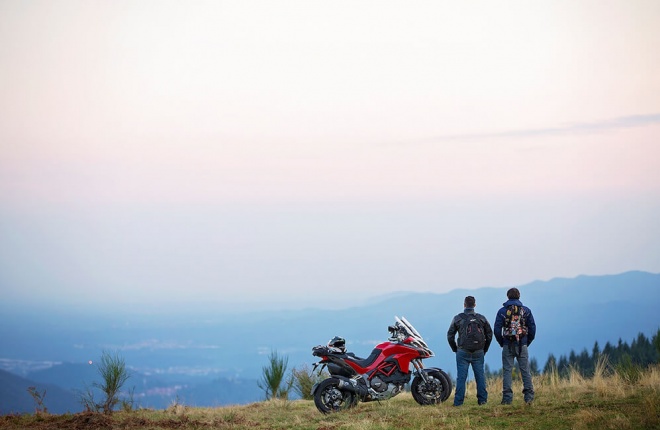 Last year, 40 WordPress blogs were published, 500 hours of content were uploaded to YouTube and 38 million searches were made on Google every minute. Confronted with numbers like these, brands face a serious challenge to make their content stick out in 2017. For inspiration, we look at some outstanding examples of content.

Image: Influencer Alex Chacón and a fellow traveller during their #betterride journey on motorcycles using the Bosch security and drive systems.

In 2017, content marketing has well and truly established itself as more than just a buzz word: according to a report from the Content Marketing Institute, almost 90 per cent of brands are using the technique. Furthermore, research from Curata shows that 75 per cent of organisations increased their content marketing spend in 2016. With more than 200 million people using ad blockers according to PageFair research, communicators and marketers are aiming to attract consumer attention by spreading content that aligns with the buyer’s journey, with information designed to be valuable and relevant to consumer interests.

But with NewsCred data suggesting the average reader spends just 37 seconds with an article or blog post, it’s essential that communicators get creative when planning and executing content marketing campaigns. This is evident in the following standout campaigns, recent examples of content marketing that have received widespread coverage and dramatically boosted brand engagement and recognition.

In conjunction with their new partnership with Apple Music, Sonos saw an opportunity to promote their smart speakers. Their aim: to display the benefits of listening to music out loud, unconstrained by headphones. Their content: the Music Makes It Home study, which used a live beta test to measure people’s physical and social well-being for a week without music versus a week with music, culminating in a comprehensive study of 30,000 people’s music and relationship habits worldwide.

During the test Sonos and three journalists went to 30 homes across eight countries and tracked biometrics though Apple Watches, measured proximity with iBeacons, witnessed interactions through installed motion sensing cameras and built a custom application to collect and transmit all the data in real time. This led to 515 global media placements. Registrations of Apple Music on Sonos were 18 times higher than any other service launch by the end of the full campaign. Music Makes It Home came first in the Content Marketing category at the most recent European Excellence Awards.

adidas Group took the decision to replace their blog and the "Feature Story" section of the Group’s corporate website with a band new content platform. Adidas reduced target group complexity and focused on the overlap between employees, candidates and corporate brand advocates. As the first sports-inspired digital business-lifestyle magazine, GamePlan A aims to provide a hard-line focus on value-adding content and emphasis on community-building ideas.

Adidas staff, partners, athletes and role models use the platform to share their experiences of a sport-infused work life, while curated third-party content, which might not be directly related to adidas but supports the sport-life balance it advocates, is also featured. According to adidias, the platform now attracts on average 21,500 sessions per week. Just three months after being launched GamePlan A exceeded the former platforms’ number of subscribers.

Robert Bosch: In pursuit of a #BetterRide

Bosch had consolidated its motorcycle technology development into a new division, but its brand awareness lagged behind other motorcycle manufacturers. Bosch wanted to give motorcyclists something to remember them by, based on the feeling enthusiasts get on their very first ride. They sent noted motorcycle blogger and adventurer Alex Chacón on a journey through Italy and India, equipped with Bosch security and drive systems to showcase the safety and eco-friendly benefits of their technologies.

This #betterride journey was accompanied by a microsite containing engaging infographics and animagraffs (that’s animated infographics for the uninitiated) as well as easy-to-follow explanations of the Bosch technology in the motorcycle in 11 languages. #Betterride drew 360 million impressions and 5.8 million engagements with 16,000 shares. Following the journey, Bosch’s share of voice increased from 33 per cent to 55 per cent.

In the past, Allianz FC Bayern team presentations had been stadium events at a sold out Allianz Arena with the presentation of the squad accompanied by an All Star match. Not bad. But with only eight per cent of FC Bayern fans of German nationality, Allianz wanted to offer more than an on-ground event by looking digital to engage millennials worldwide to boost brand awareness for Allianz and FC Bayern. For their new presentation format, #FCBday1, they setup a late night show format streamed on Facebook Live and moderated by two youth team stars.

On top of this were three topic rooms produced in cooperation with partners: e-gaming with EA Sports, lifestyle with adidas and the #FCBchallenge. With FC Bayer stars and other influencers appearing throughout the coverage, #FCBday1 reached 32.2 million people on Facebook, including more than 599,000 live stream views and 69,793 stream reactions. More than three quarters of those reached came from outside Germany.

To face up to tough competition in the virtual reality market, Samsung put the potential of virtual reality to the test by helping people face up to their fears. A common phobia among the Nordic population is spiders. The Face Your Fear experiment helped four Nordic influencers cure their arachnophobia in three hours by using only Samsung Gear Virtual Reality. The virtual reality -app Itsy – a virtual experience based on KBT research to help people in treating their fear of spiders – was customised and also released to the public

. News of the experiment spread through American media outlets such as NPR, The Daily Dot, Uproxx and VICE, before receiving coverage through Swedish media, such as Sveriges Radio and Expressen. This sent it viral with an estimated online reach of 41,012,331 people. Downloads of the Itsy app increased with 50 per cent.