How does bad news affect employees and what does it mean for internal communication? 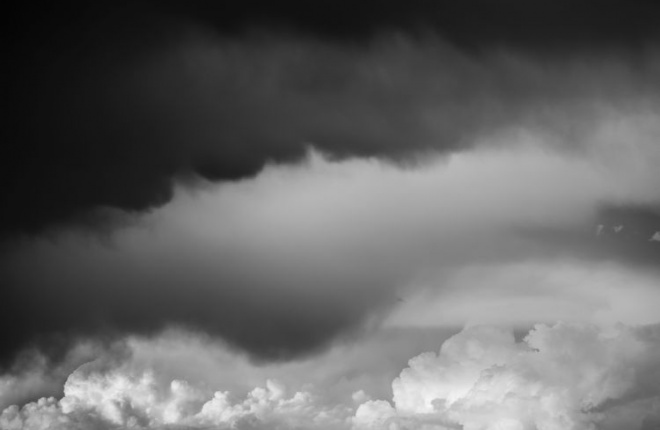 The fact that bad news is more attention-grabbing than good news is old news. Evolutionary psychology teaches us that this is a result of human survival instinct: ignoring a dramatic event could negatively affect a person’s health or existence and therefore needs to be attended to for reasons of survival.

The modern business equivalent of the Pleistocene era’s sabre-toothed tiger are events like business failure or economic downturn because they represent a threat to our economic wellbeing. This applies particularly to those who are most closely connected, physically and emotionally, to an organisation: its employees. For them, negative news about their employer contains a threat, if not always to their life then certainly to their reputation, since they are perceived as part of the organisation.

If the attack of the sabre-tooth tiger was expected, our prehistoric ancestors had a chance to prepare themselves and gear up for the threat. But when the attack caught the person off guard, he or she was extremely vulnerable and most likely reacted in a disadvantageous manner. Exactly the same is true for employees. If they learn bad news about their employer from an external source such as the media, they are more likely to be shocked and taken aback than if they had been informed about it beforehand by their employer. Also, trust in their employer takes a hit because employees assume that the organisation’s management team knew about the unfavourable event and withheld this information from its staff.

In a series of empirical studies we analysed how employees respond to negative news about their employer and how organisations deal with it through internal communication. Despite the many recommendations found in handbooks on internal and crisis communication that stress the importance of “internal before external communication”, we found that employees often learn bad news from the media. In a survey of 496 workers in Germany, nearly 300 had received bad news about their organisation from the media. For about half of these, external mass media, such as newspapers, television, internet and radio, was the first source of bad news. Less than one fifth had been informed through official internal communication measures.

Unsurprisingly, employees experience predominantly negative feelings when their organisation is portrayed unfavourably in the media. In interviews with people whose employer was subject to negative coverage during a crisis, interviewees described their feelings when receiving the bad news as unpleasant, anxious, appalled, concerned, ashamed, helpless, pressured or simply “bad”. This impinged on their work motivation and loyalty to their employer.

To keep up with the bad news, conversations with colleagues were particularly important. Exchanging feelings and perceptions with peers who are in the same boat is a common reaction in coping with anxiety in critical situations. A problem shared is a problem halved, as they say, and conversations with colleagues create an atmosphere of unity und mutual support (however, this can also be fertile soil for rumours). Employees also mentioned team meetings and the organisation’s intranet as important sources of information. Furthermore, the internet was noted as a channel of heightened significance in quickly gathering new and independent information.

Dark clouds on the horizon

While employees are particularly attentive to bad news about their employer, survival instincts – or just cravings for sensation – are also triggered in other stakeholders such as customers, local residents or acquaintances and family members of employees. In their hunger for more information, they are especially keen on receiving insider information. Thus, employees are not only recipients of bad news but also sought-after sources of information.

More than 80 per cent of participants in our research were confronted with the bad news in both their professional and private lives because they were addressed by customers, acquaintances or family members. Since regular employees have particular credibility – generally more so than spokespeople or other representatives of the organisation – the way they respond to questions can influence how well the organisation’s reputation is preserved or restored in a critical situation.

Whether or not employees react in a way that defends and supports the organisation depends on how much they want to and are able to do so. Employee willingness strongly depends on their level of identification with their employer. “Identified employees” feel strongly connected to their organisation: they feel personally attacked by the negative coverage. They are therefore more motivated to defend the organisation than their colleagues who are not identified.

Employee ability to respond to critical inquiries by external stakeholders, on the other hand, is influenced by the quality of internal corporate communication. Our research shows that only about one third of those who received negative news felt prepared by their employer to respond to critical questions from outsiders. This is unfortunate, because feeling prepared correlates significantly with defending the organisation and clarifying the situation. Managers felt somewhat better informed and prepared: they also claimed to have defended the organisation more often than employees without a managerial position.

The importance of external media for employees is not contested, and how the organisation is portrayed externally is considered very influential on internal perceptions. Communicators state that they are approached and questioned much more often by employees when the media report negatively about the organisation than when news is neutral or positive. They see at least two major challenges for internal communication: reaching employees in time (that is fulfilling the demand “internal before external communication”) and lacking credibility.

Because employees are, like most people, affected by information overload, getting through to them in time is a challenge. This is aggravated by the higher credibility of external compared to internal news. Our interviewees complained that employees often trust external media more than their official internal communication sources.

Internal media must be chosen wisely. Informing everyone quickly and simultaneously is only possible through push media such as flyers at the entrance gates or email alerts. Also, the management team can be used to cascade information. In fact, our interviewees consider managers as central figures for communicating unfavourable issues and bad news. However, this requires that managers are well aware of their role and the necessity to communicate quickly, openly and in dialogue with their teams.

In some cases, explicitly telling managers to share the information with their team may be necessary. Also, providing them with an official version of the corporate message, question-and-answer interviews and background information is clearly helpful. These should be provided on the intranet or any other appropriate medium every employee can easily access.

Because information from internal and external sources is received simultaneously, messages have to be integrated in order to avoid discrepancies . External media coverage, including internet sources, needs to be closely monitored to be able to seize and refer to external media reports in internal communication. In case of considerable uncertainties it is advisable to organise discussion circles where employees’ need for communicating with their peers can be satisfied. These circles should be accompanied by a member of internal communication who can answer questions and thereby support employees to better understand the situation. This also helps prevent the spread of rumours.

If employees understand the situation and the organisation’s position, they can help calm the situation by explaining the circumstances. For employees, the likelihood of defending their organisation grows with their level of identification and an open internal communication climate contributes to the development of identification. Thus, an organisation should continuously practise an open style of communication, in both “normal” and in turbulent times. If planned and implemented adequately, internal communication has the capability to pull out the sabre-tooth tiger’s teeth.

Christine Korn is a doctoral researcher at Johannes Gutenberg University in Mainz, Germany, where she also teaches in the department of communication’s master’s programme in corporate communication. Her research focuses on employee communication and crisis communication.