Grappling with bullying in the workplace means taking a long hard look at the areas of organisational functioning that enable bullying to occur – especially the interface between managers and employees. 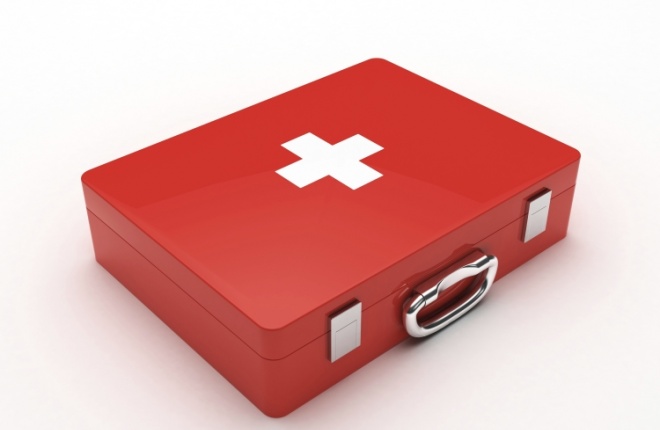 I once read an article that named bullying the cancer of the workplace. I used to agree with this belief.

Like cancer, the most severe consequence of bullying for its victims can be death or other devastating health effects – through suicide or by creating strain and vulnerability to mental and physical illness. Like cancer, bullying will affect a majority of employees during their working life, as a victim or a witness, or perhaps as the alleged bully. The fifth European Working Conditions Survey suggests that each year across the European Union four per cent of workers are exposed to bullying at work (the figure is nearly 10 per cent in some countries).

Yet at any one time up to 70 per cent of employees report being bullied on a less frequent or less intense basis. And like cancer, there is no silver bullet to cure bullying; it is considered by many as being an intractable problem. To illustrate, well over 200 academic studies have been published on the negative effects of bullying and the potential causes but just 12 published studies have evaluated methods to tackle it.

Approaches to bullying prevention within organisations highlight aggressive behaviour as the problem that needs to be treated. The rationale of existing prevention programmes is to increase employees’ awareness, self-confidence and skills in managing negative workplace interactions and/or to improve social relationships more generally. Priority has also been given to anti-bullying policies that clearly define bullying and emphasise management commitment to zero tolerance.

While such policies are a key ingredient in addressing inappropriate behaviour at work, unfortunately they do not prevent bullying or shape organisational responses to it. The ultimate effect of anti-bullying policies and existing training programmes is to place responsibility on individual employees to regulate their own behaviour, rather than on eliminating the underlying processes that allow bullying to occur.

So is bullying the cancer of the workplace? During the last 10 years researching this topic I’ve come to understand one fundamental point of difference: unlike cancer, bullying is not the disease. Rather, bullying is a symptom of poor organisational functioning. Treating the symptom – focussing only, or even primarily, on the bullying behaviour itself – will not stop the underlying illness. To prevent bullying and to resolve issues connected to harmful behaviour, managers at all levels need to make changes to restore to full health certain vital aspects of organisational functioning.

What underscores my view of bullying as just one of a range of undesirable symptoms of underlying organisational ill health? For a long time, academics have known that the balance of evidence highlights organisational rather than individual factors as the primary contributors to workplace bullying. Across the body of scholarly research, workplace factors like having ambiguous roles, facing conflicting demands and dealing with constraints such as ‘red tape’, are consistently associated with the perception of being a target of bullying. On the flip side, having greater control over when and how the work is done is linked to lower reported bullying. My own work suggests that bullying behaviour might be triggered by competition for scarce material resources such as budget, equipment and human capital.

Despite forming a consistent account across many studies, key questions remain unanswered. Theoretically, how is it that workplace conditions like ambiguous roles or bureaucratic rules and regulations translate into bullying at work? What actually takes place in a stressful work environment to cause harmful and aggressive workplace behaviour? Practically, what can managers do with the prevailing findings? How can the scientific data help minimise the risk of bullying? Key recommendations to date have been to reduce role ambiguity and role conflict, minimise job demands, improve job control and provide appropriate resources to support the work. But what does that actually look like? What specific changes should be made and how can they be embedded within daily operations to ensure long-term effective bullying prevention?

The most persuasive evidence, for me, emerged from my recent study of 342 real-life workplace bullying complaints which, in addition to addressing unanswered questions about the underlying processes involved in bullying, offer detailed information regarding how to improve prevention efforts. The complaints were lodged by workers with the local work health and safety regulatory body from 2010-2013. Together these cases contain hundreds of episodes of perceived bullying. My team and I looked across all of these workplace interactions – detailed in over 5000 pages of information – to identify the common functional components of bullying risk.

By looking at real-life cases, we integrated a diverse range of workplace bullying events within four areas of organisational functioning that together operate as the risk contexts for harmful workplace behaviour. Our results showed that in around 90 per cent of the complaints, the bullying episodes could be understood as tensions in the manager-worker interface.

In particular, our analysis revealed that bullying and its perception most commonly arise as part of the daily supervision process, when supervisors communicate with employees to clarify tasks and roles, manage under-performance, or enact human resource management procedures and processes that impact on issues of central relevance to employees. These contexts offer an ideal risk management opportunity because they can be modified before bullying and its perception occur.

A picture of bullying arising at pressure points in the organisational system is also painted by the rare studies that have provided insight into the perspective of accused bullies. Managers accused of bullying employees feel trapped in a stressful organisational system. A lack of capacity to cope with the demands of the system sometimes causes these managers to use aggressive actions in an attempt to meet organisational goals. Managers may also be blamed by workers for upstream pressures from the system. At the frontline, workers experience these tensions as being created by managers in the pursuit of organisational goals; if these tensions continue, they are labelled as bullying.

When bullying does occur, how managers respond is the major ingredient for successful resolution. In the right sort of organisational system, wherein employees feel like their mental health and well-being is valued in its own right, there are a number of safety signals to workers that they can speak out and expect that their concerns will be acted upon. In this sort of a system, problems with potentially harmful workplace interactions are identified early and addressed successfully. The most important factor, in my view, comes back to supervisors who take responsibility for understanding the issues and addressing them at the source before a negative cycle can develop.

So having made an argument that bullying is a symptom and not the underlying disease, what can be done? Where should bullying prevention efforts be directed? Our analysis of the real-life cases is the foundation for a new approach to addressing bullying at work. It offers practical clues for changing the underlying processes and behaviours that give rise to bullying and its perception, before the bullying actually takes place.

Hazard control measures are likely to be most effective in preventing bullying at work if directed at the areas of organisational functioning we identified as common to the bullying events in the real-life cases. In other words, these contexts are a crucial focal point for risk management efforts. Specifically, frontline supervisors and managers should be supported to:

Changes to the bullying risk contexts we identified – general supervision, role clarification, performance management and human resource management – need to be supported by changes in the policy and procedure infrastructure of the organisation, so that improvements are not reliant on particular individuals and eventually lost. These changes should be supported by efforts to develop a strong social infrastructure.

A range of methods could be used to enhance employee relationships more generally, alongside efforts to modify the functional risk areas. Or, better still, the workplace issues connected to negative employee interactions within the four risk contexts should be unpacked and strategies developed to improve communication and behaviour in these four areas in particular.

An equally important tactic is to introduce mechanisms that empower worker action in the risk contexts. Structures of this nature should be a fundamental inclusion in policy and practice guidelines addressing the supervisory functions connected to risk of bullying. For example, one strategy is for workers to have representation during interactions with supervisors in the risk contexts, such as when discussing the work role and reviewing performance. Likewise, a clear and independent pathway for workers to resolve problems with human resource management processes should be made available; one that enables early timely resolution without escalating problems up the hierarchy.

In closing, I wonder if the best way to effectively prevent bullying is actually to translate employee health and well-being outcomes into key performance indicators that are monitored and, crucially, rewarded. In reality, daily activities are primarily driven by traditional indicators such as productivity, revenue, innovation and public image. Faced with pressure to meet these objectives and without the right policy, procedural, and social infrastructure, what hope is there to prevent undesirable consequences like bullying?

So, senior managers, how about setting – and rewarding – organisational and departmental performance indicators concerning low levels of bullying and stress? After all, what gets measured and reinforced in organisations gets done. By signalling the importance of health and well-being through relevant assessable indicators that have real consequences, combined with tackling the underlying functional components of bullying risk, we might just be able to conquer the cancer of the workplace.

Dr Michelle Tuckey is a senior lecturer in the School of Psychology, Social Work and Social Policy at the University of South Australia, as well as acting director of the university’s Asia Pacific Centre for Work Health and Safety. Her research has been applied within organisations in industries such as corrective services, emergency services and healthcare, and informed changes within the national surveillance to monitor psychosocial risk factors at work.