From disruptor to incubator

How to adapt communications to new digital environments and employee expectations? 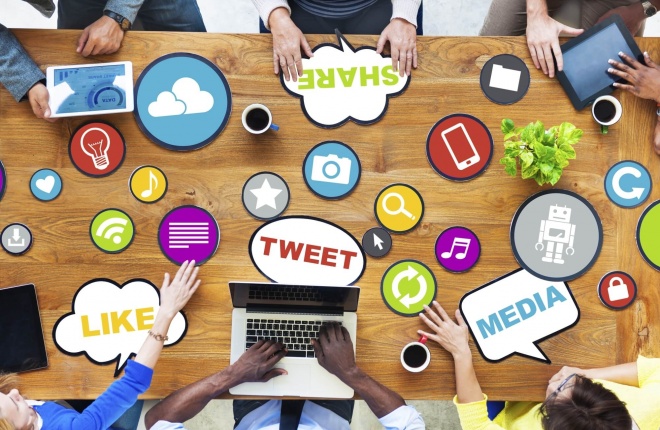 “Why don’t we create a big digital department in Communications?” asked a colleague during a seminar.

The communications function of Societe Generale is undergoing a complete reorganisation with more integration and centralisation at Group level. And so it was decided not to create a big digital department but to continue on the track we have been following, which could be summarised as a disrupter–to-incubator approach.

In a world where Facebook has more registered users than China has inhabitants, and in which the Pope or the US president choose Twitter to announce their election victories, it is hard to believe that in a modern and efficient communication function, some people continue to ignore social networks and digital culture.

This digital revolution, maybe as important as Gutenberg’s was five centuries ago, implies radical change in the way people consume information. If you add mobile, smartphones and apps, the communication landscape has been totally reshuffled and communicators need to learn new skills and uses, and adapt.

This revolution has had an unforeseen effect on communication and on the way new actors emerge. Thanks to the development of collaborative tools - from comments on intranets to enterprise social networks - employees have become a new information channel. And this channel is often faster, with less restrictions than the official one, with its lengthy validation patterns. The result is often too much information, on the wrong screen and at the wrong moment.

The role of internal communication should be instead to accompany this evolution, empower staff members to become new actors and not be by-passed.

"Digital completely changes old uses and new skills are required for each aspect of communications."

Take press relations. What would happen today if a press officer ignored journalists active on Twitter and simply relied on a community manager to address them? Would a press officer rely on an email manager for his or her contacts?

Digital completely changes old uses and new skills are required for each aspect of communications. Advertising, for instance, went from print to radio and television and then to the internet. But the explosion of social media and big data has transformed the way ads reach audiences. Targeting and programmatic advertising make it a wholly new discipline requiring new skills and understanding. Here also, just a large digital department wouldn’t be the right answer.

The bringer of disruption

So, what should the role of a digital department in communications be today? My answer would be to bring disruption and new usages to help the digital transformation of a company.

The pace of digital change is more than fast, it’s one of the fastest, with new technologies appearing and disappearing every day, and important changes in usage become standard in no time. Thus, monitoring, benchmarking and incubating new usages before spreading them to other departments is a key role of a digital department in a communication organisation. So are running pilots and testing new solutions and technologies before validating a larger roll-out. A digital department should be seated in the middle of communications, IT, compliance, businesses, legal and HR, and be able to act as a visionary go between. And a word of warning: digital teams are currently often populated by early adopters who are deeply involved and passionate - maybe too much so.

"Monitoring, benchmarking and incubating new usages before spreading them to other departments is a key role of a digital department in a communication organisation. So are running pilots and testing new solutions and technologies before validating a larger roll-out."

One should keep in mind that digital technology, however powerful and smart, is just a new set of tools, bringing incredible power and capabilities that will only add benefit if we remember that they should deliver new solutions and new opportunities to businesses, to practices, to companies and in the end: to people! We should be wise enough not to over-specialise and overconsider skills and forget the real target.

To conclude, we should not forget education and training - a key asset of the digital transformation for companies to benefit from. Digital communicators (even the most radical pioneers) should be able to share their passion and pass it to their colleagues, and be sure to stick to the fundamental of the 2.0 collaborative (r)evolution, which, even today, after all these years, is still badly needed.

As director of digital communications and e-reputation at French multinational banking and financial services company Société Générale, Jean-Paul Chapon is in charge of e-reputation, social media and web strategy and leads the deployment of the group’s internal social network and intranets. Previously he worked for different telecommunications companies, where he was responsible for the reorganisation of internal online tools, designed to take advantage of all web 2.0 resources. Jean-Paul is also the author of Paris est sa Banlieue, a blog on the complex relationship between city and suburbs.