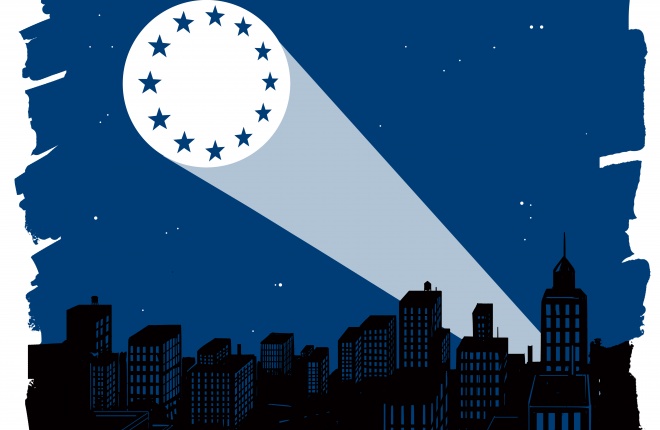 Large-scale criminal and terrorist networks pose a significant threat to the internal security of the EU and to the safety and livelihood of its people. The networks behind these crimes are quick to seize new opportunities and they are resilient in the face of traditional law enforcement measures.

In 2017, 68 people died and over 844 were injured as a result of terrorist attacks. Member States are rightly concerned about the threat of terrorism within the EU, in particular with jihadist terrorism, its most prolific form, and the closely linked phenomenon of foreign terrorist fighters.

"Large-scale criminal and terrorist networks pose a significant threat to the internal security of the EU."

Recent attacks on citizens in some of Europe’s most vibrant cities, such as Barcelona and Manchester, demonstrate the intent and lengths jihadist terrorists are prepared to go to so as to inflict mass casualties in an effort to induce a high state of well-publicised terror. Jihadist terrorism has shown to have a clear preference for attacks on people, rather than other targets, in order to provoke an emotional response from the general public. Additionally, we are now witnessing a shift in the way attacks are carried out, with perpetrators preferring improvised weapons, such as knives and vehicles. Although the number of casualties from jihadist terrorist attacks last year decreased, the number of the attacks did not. In light of this, Europol stepped up its preventative actions and foiled at least 11 attacks on EU soil.

Drug trafficking is big business, bringing in a fifth of all profits from organised crime. It ravishes communities, endangers businesses, strains government institutions and drags down the wider economy. The most commonly seized drugs in international operations are synthetic drugs, cocaine, heroin and cannabis. When investigating drug trafficking, we found that it is inextricably linked to other criminal activities, such as terrorist activities and labour exploitation. The ways drugs are trafficked are growing in technical and organisational complexity. What is not changing is the profitability of the drugs trade – every year EU citizens spend tens of billions of euros on illicit drugs.

The organised crime groups involved are becoming more specialised and more fully interconnected – and the overall rate of change is accelerating, partly as a result of globalisation. Activities related to trafficking are becoming concentrated in particular geographic areas, while instability in regions neighbouring EU countries could have profound effects on the drug market in Europe.

"Instability in regions neighbouring EU countries could have profound effects on the drug market in Europe."

Another form of trafficking which plagues the EU is the trafficking of human beings. Human trafficking is a serious crime that abuses people’s fundamental rights and dignity. It involves the criminal exploitation of vulnerable people for the sole purpose of economic gain, which is essentially a form of modern-day slavery. It is often transnational in character and its victims are of all genders and ages. Over the past decade, law enforcement authorities in the EU have witnessed a considerable increase in intra-EU trafficking. In 2014, for example, 71 per cent of human trafficking victims registered in Europol’s database were EU citizens.

Technical innovation can be harnessed for social good, but just as readily for nefarious ends. This is truer of cybercrime than of perhaps any other crime area. According to Europol’s most recent cybercrime report, the Internet Organised Crime Threat Assessment, the crime is becoming more aggressive and confrontational.

This can be seen across the various forms of cybercrime, including high-tech crimes, data breaches and sexual extortion. That’s why Europol and its partner organisations are taking the fight to them on all fronts.

The sheer range of opportunities that cybercriminals have sought to exploit is impressive. They include virtual currency laundering, online payment scams, social engineering and using botnets to transmit viruses and gain illicit control of devices. With such a range of activities being pursued with such inventiveness, the response of Europol and its partners must itself be comprehensive, dynamic and relentlessly innovative – and it is.

First, there is the institutional response. In 2013 Europol set up the European Cybercrime Centre to bolster the response of law enforcement to cybercrime in the EU and help protect European citizens, businesses and governments. Each year the Centre issues the aforementioned Internet Organised Crime Threat

Assessment, which recommends priorities to the European Council in the areas of cybercrime that are the focus for that year. The Centre also hosts the Joint Cybercrime Action Taskforce. Its mission is to drive intelligence-led, coordinated action against key cybercrime threats through cross-border investigations and operations by its partners.

Europol’s objective is to safeguard the citizens of the European Union, so naturally we are keen to spread our message throughout Member States. As one of the most diverse audiences in the world, communicating effectively to citizens from Dublin to Dubrovnik and from Latvia to Lisbon is obviously a challenge. Our primary mode of communicating with the general public is through multiplying media outlets within the Member States, targeted communication campaigns and social media.

Our communication campaigns have been successful both in terms of innovative communication methods and in catching criminals. Europol won the European Excellence Award in 2017 for its EU Most Wanted campaign, launched in December 2016, which featured an online advent calendar with Europe’s most wanted fugitives. The campaign attracted significant media attention, generating around 300 articles worldwide and over 361,000 video impressions over the course of December. As a result of the campaign, three criminals were arrested, adding to the 32 other criminals apprehended since the launch of the initiative. We recently launched similar campaigns using postcards and World Cup stickers, which have also been recognised with awards.

Our Stop Child Abuse campaign was also heavily picked up in Member States for its pioneering methods for gathering intelligence in the fight against child sexual exploitation. Our experts take everyday objects found in the background of child abuse images and ask the general public to identify them. This crowdsourcing campaign has gone beyond EU borders and we receive tips from around the globe. Since its launch just over a year ago, we have received more than 21,000 tips.

We also engage with our audiences on major social media channels and have amassed a loyal following. Obviously, we cannot share everything we do as it would undermine the challenging work of the Member States, but we try to share interesting behind-the-scenes photos and stories. Our social media channels are also heavily linked to our communication campaigns.

Europol is a digital agency and everything we produce in-house is completely paperless and to be accessed online. This includes Europol’s three flagship reports on terrorism, cybercrime and serious organised crime. These reports serve to alert the public and national governments on the trends and possible future developments in these crime areas.

Law enforcement agencies in EU Member States and non-EU countries represent are some of our key stakeholders. The European Police Chief Convention is the largest meeting platform for European police leaders and takes place at the Europol headquarters every September. This two-day convention gathers over 500 participants from more than 50 countries, bringing together prominent voices in the law enforcement sector. However, it is not just police officers who can visit the building, we also host many study visits and show students how Europol works and what we do here.

Unsurprisingly, our line of work attracts media attention. For this reason we have a 24/7 media hotline to answer journalists’ questions. At the last count, there were over and 160,000 articles about Europol in the media, so we also work round the clock to monitor emerging stories and anticipate potential crises. We now have over 200 country reports and open sources reports in our archives.

These diverse crime areas and target groups have a tangible impact on our communication strategy, which ultimately boils down to two things: to inform citizens and catch criminals.

Europol is the law enforcement agency of the European Union – our main goal is  to achieve a safer Europe for the benefit of all EU citizens. From our headquarters  in The Hague, the Netherlands, we support  the 28 EU Member States in their fight against terrorism, cybercrime and other  serious and organised forms of crime. Our work also transcends the Union’s borders,  as we work with many non-EU partner states and international organisations. Our diverse audience presents many communication challenges, treading a thin line  between top-secret operational information  and transparency to the EU taxpayer. In The Hague we are a team of more than 1000 staff members, including 220 Liaison Officers from law enforcement agencies around the world and 100 crime analysts, all of whom support over 66,000 international  investigations into serious crime or terrorism each year.

Clare Tynan has worked at Europol since 2018. As part of the corporate communications team, she creates and edits content for Europol’s internal and external publications. Prior to joining Europol, Clare worked in the communications directorate at the European Central Bank.