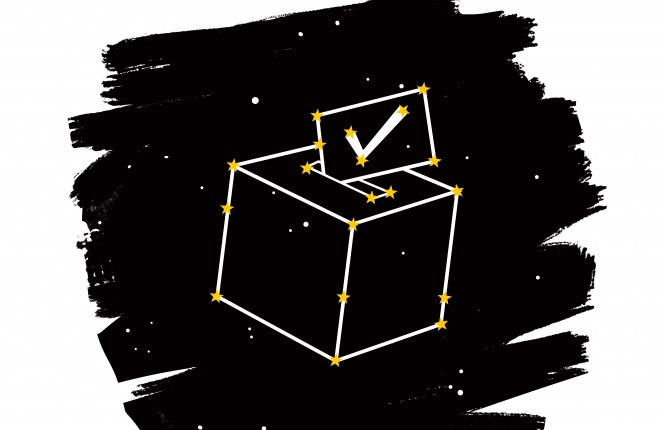 A number of respected international indices show that democratic quality is deteriorating in most EU member states.1 Liberal personal rights have been compromised more in Europe than in any other region in recent years.2 Even more strikingly, most European governments are placing restrictions on civil society organisations – in some cases, very directly, in other countries more subtly.3 Noted experts show how the rise of nationalist outlooks is coalescing with a less democratic style of governance in many European countries.4

"A number of respected international indices show that democratic quality is deteriorating in most EU member states."

These broad trends are, of course, played out in the national developments that have ignited so much comment. These include Viktor Orban’s ever-deepening authoritarianism in Hungary; the Law and Order government’s illiberal moves in Poland; the formation of a populist coalition government of the League and the Five Star movement in Italy; the far-right’s role in government in Austria; the rise of the AfD in Germany and also of the Sweden Democrats. While both Marine le Pen and Geert Wilders lost elections in 2017, they retain notable levels of support in France and the Netherlands.

While it is important not to exaggerate the threats to European democracy – the region still scores higher in democratic indices than any other region – it is undoubtedly the case that a fierce ideational battle is taking shape. And this battle between pro-European liberal forces and nativist-populists is likely to intensify in the run up to the European Parliament elections next May. These elections are set to attract more high profile attention than in the past, as they pit a nascent alliance of nationalist-populists against new groupings of pro-Europeans.

On one side, Hungarian prime minister Viktor Orban is speculating that the European Parliament elections will give vital oxygen to a pan-European ‘illiberal’ conservative movement – with Steve Bannon’s curious role in building this alliance providing a peg for much media comment. On the other side, President Macron will seek to replicate his success in France through a possible European equivalent of his En Marche movement. Other pan-European parties, like the newly named leftist European Spring, will also galvanise the election campaign.

The deeper debate that lies behind these trends and gathering political battles is about the right way to deal with the challenges to democracy and European integration. One strategy is to press ahead with deeper integration and hope this is capable of delivering real benefits to voters – and that as a result these move away from nativist-illiberal parties. Perhaps understandably, the instinct of many EU officials and leaders is to double down on their commitment to deeper European integration as a means of pushing back against their challengers.5  Politicians like President Macron often argue that this is the best way that European democracy can be defended and revived.

A parallel and more indirect approach is also taking root, however. This focuses on new initiatives aimed at opening decision-making up to citizens and accepting that voters may want to rethink some core principles of European integration. Many see the rise of nativist-populists as a cry for attention from citizens who have felt in recent years that they lack effective influence over key policy decisions. According to this logic, governments and EU institutions need to find ways to take on board citizens’ concerns over identity, communal or national belonging, and the need for certainty against a turbulent outside world – the complex combination of factors that are driving the turn to illiberal politics.

Direct and indirect strategies of engagement

A number of so-far fairly low-profile proposals are afoot to widen citizens’ engagement in EU decision-making. President Macron proposed a series of democratic conventions across Europe. These have morphed into a series of citizen consultations currently taking place in EU member states. The European Commission is carrying out its own separate online consultations, after holding a novel citizens’ panel in May to help design these. The Commission has also issued a new strategy promising to reach out to and engage with citizens, especially through better use of digital platforms. And it has recently proposed a stronger commitment to subsidiarity that gives national parliaments greater say over new EU laws.

The direct and indirect strategies will co-exist for the foreseeable future - a delicate balance between them is likely to condition European politics. On the one hand, the EU will seek ways of adopting a firmer stance against those threatening European liberal values. On the other hand, European leaders will want to find ways of addressing the grievances driving illiberalism.

Both strategies face enormous difficulties. In terms of the direct strategy, while Macron and other leaders are pushing for a leap forward in European integration, in practice member states’ policy preferences continue to diverge on many issues. With regards the more indirect route, it remains unclear for now how the EU can address the concerns of those drawn to illiberal populists without compromising its own liberal principles.

"It remains unclear for now how the EU can address the concerns of those drawn to illiberal populists without compromising its own liberal principles."

Moreover, there will be significant tensions between the two strategies. An increasingly common line of argument is that protecting the EU, democracy and the open market against nativist-nationalist forces may actually require curtailing citizens’ influence. Some policy-makers insist that the priority is to agree on a few very concrete steps forward in new EU cooperation on economic and social issues, rather than opening up a Pandora’s Box of more citizen participation. In this sense, contrary to much conventional wisdom, advancing EU integration and restoring European democracy are not necessarily synonymous with each other.6 EU elites both realise the need for more democracy while also worrying about the short-term results this might produce.

Think of the much-debated social media arena as one example of this tension. There is now a great deal of media comment on the EU’s new strategy against voter manipulation through social media – with the Commission stressing this is very much aimed at limiting the actions of anti-EU rightists in next year’s EP elections.

But, however important it may be to defend core electoral integrity, it is too easy too think that politically illiberal forces are in the ascendance only because of their nefarious online activities. The social media battleground epitomises the two sides of the democracy struggle: the EU and governments clearly need ways of mitigating the pernicious effects of misinformation and micro-targeting of political campaigning, but several governments, but need to do so without resorting to overly restrictive measures.

It is important to stress in all this that the issue at hand is not simply one of populism – the issue that is now so exhaustively the focus of most debate. Right-wing populists command an important level of support but are far from being dominant in most member states. Formulating the challenge as one of a binary battle between bad populism and good pro-EU liberalism does a disservice to what is in fact a far more complex set of considerations.

Rather, the starting point is that European democracy faces a multiplicity of challenges – populism is one but only of these, and in many countries not the primary problem at hand. While many writers paint a truly alarming picture of the current state of European politics, democracy is unlikely to dramatically collapse. Nor is there any single dramatic step that will revive it.7

The way forward will not be about simple, dramatic solutions, and will not be determined merely by whether particular liberal or illiberal leaders winning elections. Multiple improvements will be needed to strengthen the foundations of European democracy, and many of these will involve low-level incremental change of the type that will not hit the headlines. Debate will be about the very fine line involved in addressing citizens’ concerns without playing into populists’ hands. Pro-European measures are not necessarily always good news for democracy.

Most private sector firms have so far not engaged systematically in these highly political questions. They should have both the incentive and opportunity to become more proactive as and when the EU’s various consultations advance. Much debate now centres on opening up EU decision-making processes beyond well-entrenched lobbying arrangements. The private sector will have new openings to influence the direction of the EU, but will need to adjust its own strategies and build a broader set of alliances with civic actors if it is to do effectively. Turning back the tide of nativist-illiberalism will require carefully formulated long-term efforts involving all those actors that have an interested in maintaining an open and pluralistic Europe.

Richard Youngs is Senior Fellow in the Democracy, Conflict and Governance Programme at Carnegie Europe, where he works on EU foreign policy and on issues of international democracy. He is also a professor of international relations at the University of Warwick. Prior to joining Carnegie in July 2013, he was the director of the European think tank FRIDE. He has held positions in the UK Foreign and Commonwealth Office and as an EU Marie Curie fellow. He was a senior fellow at the Transatlantic Academy in Washington, DC, from 2012 to 2013. Youngs has authored 12 books. His most recent works are Europe Reset: New Directions for the EU (I.B. Tauris, 2017), Europe’s Eastern Crisis: The Geopolitics of Asymmetry (Cambridge University Press, 2017), and The Puzzle of Non-Western Democracy (Carnegie, 2015).