The OECD Guidelines for Multinational Enterprises are a long-standing tool for ensuring better behaviour from firms with global operations. 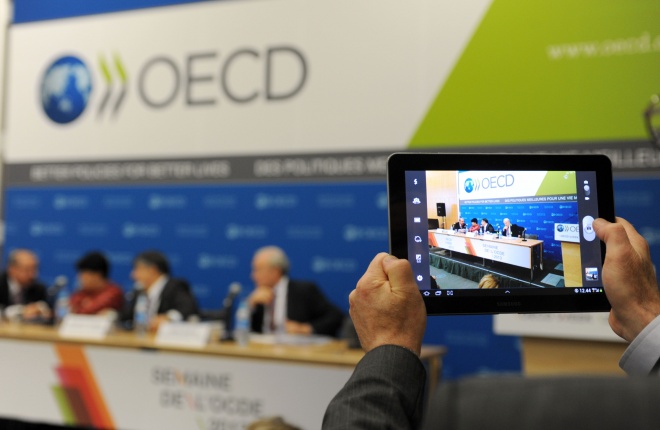 The effects that multinational companies have on the places and populations where they operate has been the bread and butter of media coverage, as well as the focus of non-governmental organisations, since the 1990s wave of globalisation linked to trade liberalisation.

Today, multinational enterprises account for a large portion of global trade and investment, and are also major employers. Their ability to influence the well-being and practices in the places in which they operate is significant.

Multinational enterprises are therefore often a force for betterment. A 2008 report by the Organisation for Economic Co-operation and Development (OECD) on pay and conditions in multinational enterprises found that in general, foreign multinationals pay 40 per cent higher in average wages than local firms, with an even higher differential in the low-income countries of Asia and Latin America. Many international firms have developed their own internal codes of behaviour in a bid to ensure high standards. For example, a leading chocolate manufacturer has created a code of practice under which the company voluntarily refrains from marketing to young children or selling through vending machines in primary schools. Similar codes have been replicated at industry and sector levels too.

But how well behaved are multinational enterprises in their host countries and what standards exist to influence their conduct? The evidence of the benefits they bring in terms of jobs, capital and technology transfer is too often marred by abusive wage practices, poor working conditions and child labour.

According to the United Nations Conference on Trade and Development, 10 of the world’s top 50 financial corporations have assets exceeding the gross domestic product of all but the six richest OECD countries. The economic crisis that began in 2007-08 and the great recession that followed has reduced the value of some firms, and wiped out others, but the sheer size of multinational enterprises leads many citizens to worry about the possible abuse of their economic power and political influence.

Addressing undue influence was one of the original reasons why the OECD produced its Guidelines for Multinational Enterprises in 1976. The original Guidelines were included in the OECD Declaration on International Investment and Multinational Enterprises (the Guidelines define an ideal set of investor responsibilities in a host country, while the Declaration contains commitments by governments to avoid discrimination against multinational enterprises, to avoid imposing conflicting requirements upon them and to co-operate on issues affecting investment). At the time, much of the pressure to create some kind of framework for the activities of multinational enterprises came from the firms themselves. The period after the second world war saw considerable restructuring of national economies.

Government intervention was direct and widespread, through nationalisations and strategies designed to build strong national champions in key domains. At the same time, today’s highly integrated, globalised economy was starting to emerge, and companies at the forefront of the process wanted reassurances that their investments abroad would be safe and government regulation would not constrain them too much. There were calls for new rules from other points of view too, for example trade unions seeking to protect their members, but also from developing countries. The OECD texts came only two years after the UN’s Charter of Economic Rights and Duties of States.

Today the Guidelines provide a comprehensive set of voluntary recommendations on good corporate behaviour. They seek not only to protect rights, but to foster good governance and better risk management through provisions on anti-corruption, transparency, disclosure and tax. They work because they are designed to foster an atmosphere of confidence and predictability between businesses, governments, labour unions and civil society. While not legally binding, all multinational enterprises headquartered in adhering countries are bound to comply. Member governments are required to deal with allegations of violations. At the time of writing, all 34 OECD countries and 11 partner countries comply with the Guidelines – a group that represents over 85 per cent of global foreign direct investment.

Given the impenetrability of much official language, then as now, the Guidelines were touted for being remarkably clear and straightforward, saying in a few dozen pages what companies and governments could and could not do, and recognising that there are problems, not just “challenges”.

The big question of course is how useful they are in promoting responsible corporate behaviour and resolving conflicts between firms and the communities they operate in. Without legal or punitive consequences, what compels companies to abide by them? The National Contact Points are in place to resolve issues through mediation and using statements to call out violations or offer recommendations on respecting the Guidelines. According to OECD Watch, an international network of civil society organisations promoting corporate accountability and responsibility, this approach works: “In the specific instance mechanism, the Guidelines possess a unique feature that provides the means to actively attend to and potentially resolve conflicts between aggrieved communities and companies”.

It is natural, though, that as the world economy evolved, and social relations with it, the Guidelines would evolve, too. As the financial crisis further eroded trust in global business in 2008, and a constantly evolving international investment landscape complicated traditional patterns of production and consumption, the OECD launched another review in 2010.  This addressed both technical and more substantive issues, and to make sure that the Guidelines are coherent with other initiatives concerning corporate social responsibility.

With a global community anxious to tackle these problems, it was with some anticipation that the new update of the Multinational Enterprises Guidelines was finally issued on the occasion of the OECD’s 50th anniversary Ministerial Council Meeting in May 2011. All G20 countries were invited to join and business, trade unions, and non-governmental organisations were involved. So what changed?

First, firms were now asked to address both current and potential adverse impacts of their operations as an integral part of their management processes. This applies not only to the enterprise’s own operations, but to those of its suppliers too. Firms cannot turn a blind eye to how their suppliers operate. They are bound to conduct “due diligence” to ensure the firms they deal with abide by the OECD Guidelines, too.

Second, human rights have been explicitly added to the existing principles and standards, of disclosure, employment and industrial relations, environment, combating bribery, consumer interests, science and technology, competition and taxation. The Guidelines draw heavily on the 2010 Guiding Principles for Implementing United Nations Framework for Business and Human Rights, whose author, John Ruggie, worked closely with the OECD in establishing that firms should respect human rights in every country in which they operate, even if the host country has a poor record on human rights itself.

The Guidelines also urge firms to maintain a vigilant eye, seeking out potential breaches of human rights on an on-going basis. In June 2011, then US Secretary of State Hillary Clinton pointed to this important stipulation as she voiced support for the Multinational Enterprises Guidelines, and more specifically the section on human rights, saying that “…they will be helping us determine how supply chains can be changed so that it can begin to prevent and eliminate abuses and violence.”

One pivotal, if widely criticised, element of the Guidelines continues to be the National Contact Points. Critics have argued that they have not fulfilled their role, pointing to long waiting times for considering complaints, potential conflicts of interest, weak oversight, and shortfalls in the public information effort. One such case against a tyre manufacturer in Tamil, India, was withdrawn due to delayed processing and a lack of confidence in the National Contact Points to handle the case.

The 2011 Guidelines ensure results are better known and include provisions to make the different NCPs act in a more uniform manner. It also provides guidance on how best to handle cases that are simultaneously brought up in a national court of law.

The balance of power between those with something to hide and those seeking to expose it has been altered. In the age of 24 hour news networks, citizen journalists with camera phones and email, and social networks that can reach half a billion people, multinational enterprises are being held accountable by an ever broader audience.

When the Guidelines were created, few cases received much attention in national let alone international media. Now, these violations garner more and more visibility. In August 2010, when trade unions in France and the USA announced they were going to bring a case under the Guidelines concerning labour practices in Colombia, the news was published in the online editions of major newspapers even before the unions had time to update their own websites. Then in late 2013, Privacy International filed a complaint against UK telecommunications companies for assisting the British Intelligence Agency with mass interception of telephone and internet traffic, profiting from the media attention generated by the on-going Edward Snowden story.

Whatever the details and outcomes of these particular cases, the fact that workers in North America, South America, Europe and India can mobilise so easily around a common grievance, and see the Guidelines as the best tool for doing so, suggests that the initiative taken over three decades ago can be a powerful instrument in the fight to make the 21st century economy fairer.