The unwritten contract in corporate governance

Companies that demonstrate trust in their employees and managers can find unexpected benefits along the way. 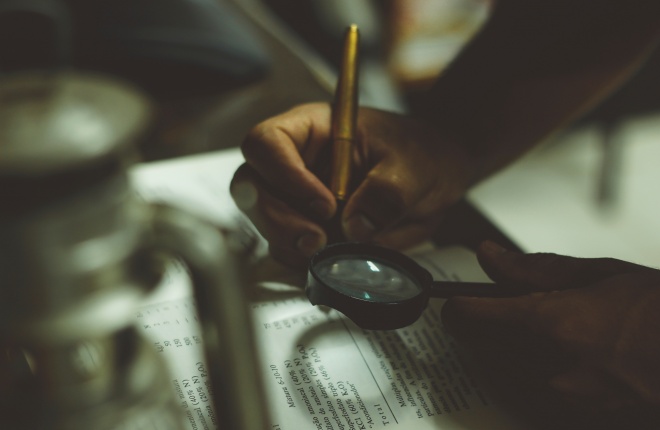 Although shareholders would like organisational participants - employees, managers, executives and directors – to work toward a shared goal of increasing corporate value, in reality each has individual interests that influence how they make decisions on a day-to-day basis.

(Photo by João Silas on Unsplash)

To economists, this is fundamentally an incentive problem: the incentive to work for one’s own benefit is stronger than the incentive to work for the firm’s benefit. The solution is to create a system – through contracts, controls and procedures – that corrects this imbalance by aligning the interests of insiders with those of shareholders and encouraging insiders to take actions that benefit the organisation as a whole and not just themselves.

An overlooked question is how extensive this system should be. The degree to which a company requires rigorous controls depends on the degree to which self-interest exists in the organisation. A look at governance systems today suggests that self-interest is high because the list of governance requirements is extensive. Companies spend tens of millions of dollars annually on incentive compensation, director salaries, audit fees, internal auditors and compliance efforts to satisfy a long list of rules, regulations and procedures imposed by legislators and the market. Would corporate governance improve if companies instead had fewer controls? Would shareholders be better off if organisations instead demonstrated more trust in employees and executives?

The role of trust

Although economists, psychologists and sociologists use different definitions, fundamentally “trust” is having certainty about how another person will act. In a corporate setting, a trusting manager knows that his or her employees will work diligently and in good faith to meet their commitments and a trusting employee knows that a manager will adhere to agreed-upon standards of oversight. Trust replaces the need for a written contract because these two parties commit in advance (implicitly or explicitly) to abide by a set of actions, behaviours, or norms that are mutually beneficial. Trust substitutes for rigorous controls because these controls become redundant.

For these reasons, a corporate governance system based on trust might be more cost-effective than one built on elaborate controls and procedures. However, in order for this to be true, self-interest within the organisation must be low. It must be understood and accepted by both parties that each will elevate organisational interests above self-interests. Employees have to know that they will receive market-competitive rewards for meeting their obligations to the firm and governance monitors have to know that they can trust the actions and motivations of employees. To build trust, a combination of structural and cultural changes is required.

Once established, a high-trust governance system allows for the reduction or elimination of many of the costs, controls and procedures that characterise today’s governance systems. In the extreme case (utopia), the following could occur:

• Board of directors. The responsibilities of the board of directors could be significantly narrowed. Rather than balance advisory and monitoring obligations, the board would focus entirely on advising management on matters involving strategy, organisational design and risk management. Board-related compensation, which averages two million dollars per year among mid-sized companies, would be greatly reduced.

• External audit. The external audit could become largely unnecessary. Rather than sample a large number of accounts for material misstatement and check internal controls for deficiencies, the external auditor would serve a much narrower role of clarifying the application of accounting standards when questions arise. Audit fees, which average 3.9 million dollars among publicly traded companies, would therefore also be greatly reduced.

• Internal audit. The internal audit function could also become unnecessary. Companies would not require an independent assessment of their accounts, controls and procedures because employees would be trusted not to abuse the system. Instead, the finance department would employ a small staff of personnel to check accounts for inadvertent errors. Headcount in the internal audit department, which averages seven to fifteen auditors in a typical organisation, would shrink.

• Executive compensation. Compensation contracts could be simplified. Most companies today offer a complicated programme of fixed and contingent payments that vest over short- and long-term time horizons to motivate specific employee behaviours. In a trust-based environment, an elaborate programme becomes unnecessary. Companies would also no longer have to pay the risk premium associated with contingent (risk-based) pay. Instead, companies would offer large fixed salaries, potentially supplemented with cash bonuses for achieving critical performance metrics. Equity programmes, which require a larger risk premium relative to cash programmes, would be scaled down or discontinued.

• Compliance and legal. Finally, companies could eliminate many of the bureaucratic checks and controls that are often implemented to prevent and detect legal or regulatory violations. Instead, employees would self-monitor, with line managers responsible for reporting inadvertent legal or regulatory missteps to higher level executives.

Several examples exist of companies that demonstrate trust in their employees and managers, and each benefits from the types of cost reductions outlined above. For example, Berkshire Hathaway is renowned for granting considerable autonomy to the operating managers of its various businesses. This allows the company to maintain an extremely modest headcount of only 24 staff at company headquarters, despite having 288,000 employees worldwide. Real estate company Keller Williams maintains a strict “open books” policy. All agents within the company’s market centers have access to detailed information about the office’s revenues, commissions and costs. This reduces opportunity for theft, waste, or special dealings; and also the need for a robust internal audit department.

Finally, Netflix is known for maintaining a high-performance culture rooted in the concept of “freedom and responsibility.” Employees are expected to work hard, take ownership and put the company’s interests ahead of their own. In return, the company offers top-of-market salaries equivalent to the combined value of the salary and bonus offered by other firms. Netflix does not offer incentive bonuses and equity compensation is only granted to employee’s that request it as a portion of their compensation mix.

“A corporate governance system based on trust might be more cost-effective than one built on elaborate controls and procedures.”

Still, a company that adopts a high-trust governance system cannot entirely eliminate the risk that its trust will be abused. The downside is potentially amplified because the company will not have effective controls in place to deal with the breakdowns when they occur. Such a situation might have occurred at Johnson & Johnson, which historically has maintained a highly decentralised management system. In 2009, this structure was challenged when the company issued the first of what eventually became three dozen product recalls due to faulty manufacturing in its consumer healthcare division. A Fortune magazine article blames the recalls in part on “a wrenching cultural change and a quality assurance department that crumbled as mistakes were overlooked.”

Research suggests that companies might benefit by raising the level of trust in their organisations. High-trust settings are characterised by lower bureaucracy, simpler procedures and higher productivity. Would shareholders be better off if companies had fewer formal corporate governance requirements and instead devoted greater effort to fostering trust?

Furthermore, prominent corporate failures in 2001 (Enron, WorldCom, etc.) and 2008 (Lehman Brothers, AIG and so on) ushered in an increase in regulatory requirements for corporate governance. However, the standards they imposed on board structure, internal controls and compensation were designed with the worst offenders in mind. Is it cost-effective to impose these same standards on all companies? Should average companies be presumed to be more “trustworthy?”

Finally, in order for a trust-based governance system to work, companies must first develop a culture that discourages self-interest. How should executives and directors go about achieving this? Is a reduction of self-interest possible in all industries, or are some industries inherently more likely to attract individuals who put their own interests first? Are CEOs of a certain personality type more capable of developing trust?

• Corporate governance structures and principles demarcate the distribution of rights and responsibilities among different players in the corporation (such as the board of directors, managers, shareholders, creditors, auditors, regulators, and other stakeholders) and includes the rules and procedures for making decisions in corporate affairs.

• Interest in corporate governance increased following the high-profile collapses of a number of large corporations during 2001–2002, most of which involved accounting fraud; and then again after the recent financial crisis in 2008.

Professor David F. Larcker Larcker is the director of the Corporate Governance Research Initiative at the Stanford Graduate School of Business and senior faculty of the Arthur and Toni Rembe Rock Center for Corporate Governance at Stanford University. Professor Larcker was previously the Ernst & Young professor of accounting at the Wharton School of the University of Pennsylvania and professor of accounting and information systems at the Kellogg Graduate School of Management at Northwestern University.