Influencers, identity and the human touch 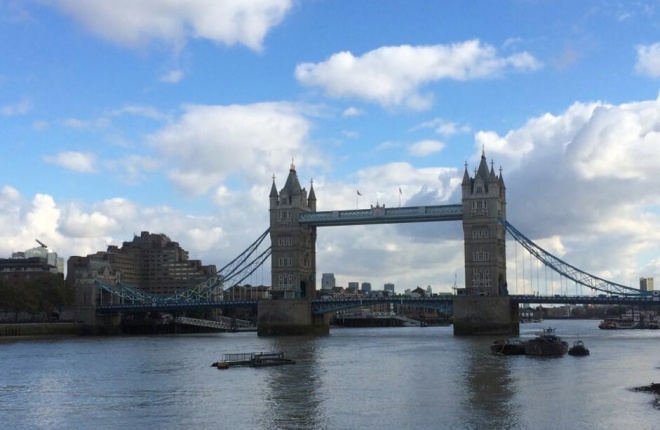 Coca-Cola certainly think so. As Lauren Sayeski, chief public affairs and communications officer at Coca-Cola European Partners told a packed audience at the latest #eacd10 anniversary event in London on Tuesday, Coca-Cola harnesses the latest technological tools to meet the challenge of  “voice(ing) the human story behind the most iconic brand in the world.”

(Image: View of the London Bridge from outside the EY building. Photo: EACD)

As an example, Stan Magniant, digital communications director for western Europe at The Coca-Cola Company, cited the company’s employee engagement app designed to empower employees as brand ambassadors. “Our employees are the best spokespeople for sharing their passion for the brand. Communicators want to bottle this and share it. Digital channels and social media are there for that,” said Stan.

Meanwhile, externally Coca-Cola is also making use of technology to connect to audiences, such as with the companies’ YouTube channel CokeTV. As Stan later explained to Communication Director, with the web becoming more and more a visual medium, the channel is designed to cater to the next generation. “We partner with YouTube influencers who are the heroes of CokeTV. We’re marrying the best of influencer communications with the best of a video network.”

Stepping into the social media age

Next to appear onstage was Drew Benvie, founder and managing director of communications agency Battenhall. His interactive session soon had the crowd up on their feet to test which social media platforms were being used by those in attendance.

While the corporate communicators showed their commitment to platforms such as Facebook, Twitter and Instagram, fewer were using Snapchat and just two had heard of YikYak. But as Drew assured the room, “Today's new social media platforms will be mainstream in three years”.

​Perhaps most pertinent to those working in communication were Drew’s three reasons for brands to use social: 1: reputation management – “If you don’t build on goodwill and support appearing on social media that is a missed opportunity.” 2. Staying relevant to the next generation 3. Shifting to what people use (as Drew put it, “People just aren’t seeing your message if you aren’t on social”).

Drew also raised the subject of how new technologies are changing media relations strategy. Brands can win positive coverage by making use of influential social media users, who attract the attention of journalists. Whatever the platform, be it Snapchat or Twitter, reaching out and cooperating with influential users is the right strategy, particularly when looking at narrower areas of interested related to your brand. Drew proposed that "the easiest way to generate social media coverage is through niche influencer engagement”.

Rounding off the evening, Nanne Bos, head of global brand management at ING, spoke of the task of rebuilding the reputation of the multinational banking and financial services brand following the global financial crisis.

Nanne outlined the influence of new technologies on ING's brand transformation. This included not only digital-based tools such as Kudos, an app that gives compliments and reinforces positive behaviours within the company, but brand design changes such as facilities and even the font used for ING messaging.

As Nanne told the audience, “When thinking about design, think digital first: starting with a 'smallest device perspective’”.

#eacd10 The importance of typeface in digital design for ING. Starting point is the smallest device. pic.twitter.com/uNANU0a4fI

For a more in-depth look at the ING brand, take a look at a piece Nanne wrote on this topic in the latest issue of Communication Director.

Many thanks go to hosts EY and the on-the-ground assistance from Jeraldine Neill, EACD ambassadors Angela Howarth, Marc Cloosterman and Emily Kirwan for their behind-the-scenes organisation and of course all four speakers and those in attendance.

A version of this article originally appeared on the webite of the European Association of Communication Directors.