Following a general decline in trust during recent years, there are signs that trends are turning. To spearhead reputation recovery, organisations need to prove themselves as good corporate citizens who conduct business with a commitment to social, environmental, employer and fiscal responsibility. 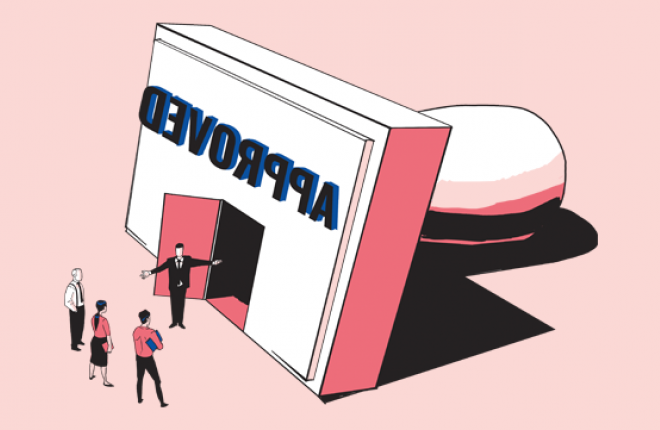 In the corporate world, reputation is an economic multiplier and an insurance policy, but it can also be a significant inhibitor to success.

Resultantly, it is no wonder that the C-Suite at major multi-national companies are wringing their hands more than ever before in being overly concerned about their own corporate reputation. But for good reason. Strength of reputation equates to strength of business, aligning with positive behavioural consequences such as increased likelihood to purchase from, advocate for, defend in a debate, invest in and even work for any given company.

However, the flipside is also true, in that lack of reputation translates into a business impediment. And it’s because of this that many corporate execs are looking at 2019 with some degree of cautious optimism – but also trepidation.

At the root of C-Suite executive concerns is less than stellar expectation for their own company’s strategic business outlook, given how challenging the reputational landscape was coming into 2019. Based on the Global RepTrak studyª – the world’s largest study on corporate reputation by Reputation Institute – 2018 was an unprecedented year with the first significant overall drop in reputation among companies measured across the G15 economies since the Great Recession, with an overall decline of -1.4 pulse points. 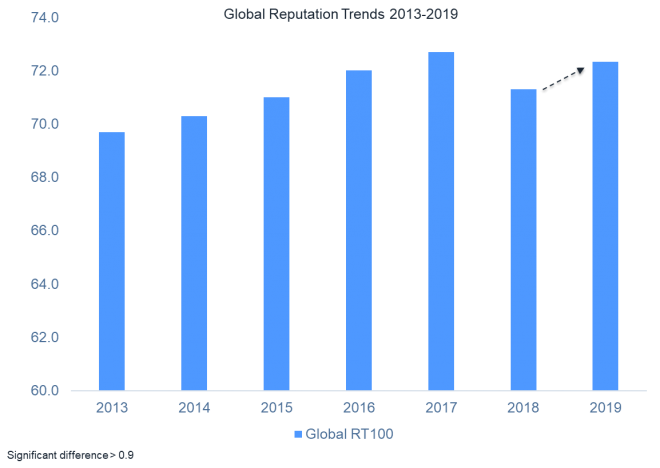 By contrast, in 2019, based on the same assessment criteria based on the Global RepTrak study, the reputation scores for companies globally increased +1.0 pulse points. While this represents a statistically significant increase, and perhaps indicates the beginning of a reputation recovery, the overall corporate reputation scores of companies across the world is still below the high levels of 2017.

From a macro-economic perspective, this suggests that while there is some renewed momentum in reputation and cause for cautious economic optimism, there are some underlying market forces at large impacting the reputation gains of all companies that needs to be better understood.

In many ways, it is a new era for reputation. With the dawn of the Fourth Industrial Revolution, the corporate world is at a heightened state of reputation risk alert. With the internet of things, cyber systems, artificial intelligence, climate change, global trade tension, amplification of human values, and desire for enhanced personal connectivity all emerging as macro trends, companies are confronted with a new set of strategic challenges relative to how to conduct their business affairs.

With the added overlay of social, geo-political, and new market forces in play worldwide, such as data privacy, female empowerment, and social activism, corporate leaders responsible for managing corporate reputation have an increasingly more difficult job to do.

From the viewpoint of the company’s stakeholders and the audiences they serve – with special consideration to the general population – it all translates into a more intense scrutiny of companies and a heightened awareness of morality, ethics and trust issues. Increasingly, stakeholders are asking of companies, “what are you doing to make the world a better place to live?”

And it’s with this perspective that they are judging companies not just based on what they make or how much profit they generate, but on what the company stands for, its sense of purpose and values it imbues. That is why it truly is reputation judgement day for companies, who are assessed based on their societal contribution to the world and the communities they serve, not just the economic prosperity generated.

However, being a more sceptical and ardent critic of companies does not translate into a negative predisposition. The good news is that most people among the general public don’t presume that companies are guilty before being proven innocent. Rather, it is just they are increasingly doubtful and even just not fully decided about the intentions of companies and how they conduct their business affairs.

Figure 2: How the majority of the world is doubtful of companies / Source: Reputation Institute / Global RepTrak 2019 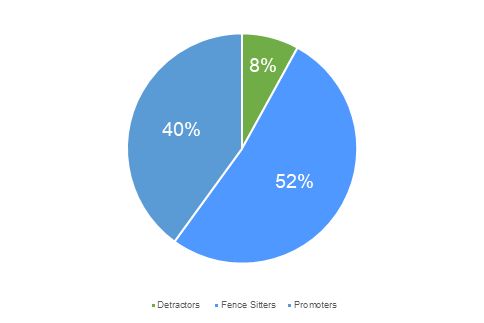 According to the most recent Global RepTrak study as shown in figure two, the prevailing sentiment is apparent with more than 52 per cent of the general population across the world designated as being 'fence sitters'. Or put another way, in the court of public opinion, the majority of people are doubtful or not completely sure about companies, and subsequently are less likely to support them.

The strategic opportunity for all companies is how to turn these fence sitters into promoters, given that the upside potential to increase levels of support and grow the business can be game changing. While conversely, it is also a harsh reality that many fence sitters could turn into detractors under the wrong circumstances.

And so, with the metaphorical jury being out among the general public, it begs the question as to what can a company do to increase the levels of assurance – and provide positive reasons to believe behind good intentions, as the means to the end to enhancing the firm’s reputation. 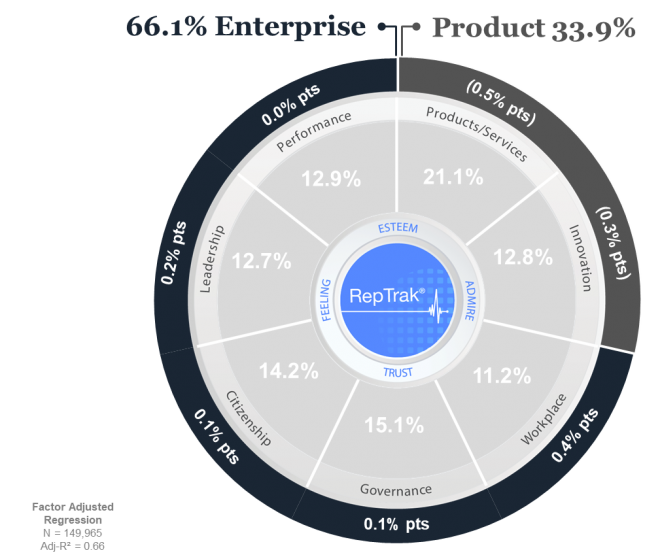 1. Focus on the enterprise: In today’s highly competitive marketplace, who you are as a company and why you exist in the hearts and minds of the general public matters more than what you sell. As a percentage of relative importance, the dimensions of reputation aligned with perceptions of enterprise – specifically performance, leadership, citizenship, governance and workplace, contribute more to a company’s reputation that merely Product related dimensions – namely, product and services, and innovation.

As highlighted in figure three, enterprise accounts for 66.1 per cent of a company’s reputation while Product accounts for 33.9 per cent, indicating clearly that a company cannot win on reputation based solely on the quality and value of its products/services experience. Rather, a company needs to differentiate itself on its enterprise-wide values, culture and sense of purpose, and in doing so can outplay the competition.

2. Deliver on corporate responsibility: By looking at the underlying importance of the drivers that shape reputation in comparison to how companies deliver on those attributes, it is possible to identify the trigger points that can have the biggest impact. Figure four outlines the strategic reputation playing field and showcases that the attributes of most importance that companies need to most improve on align with the dimensions of citizenship and governance.

These potential triggers reflect meaningful acts of corporate responsibility, such as positive influence of society, ethical behaviour, fairness, and transparency, point the way for what a company needs to do and say. Staying strong on product related attributes still matter and should be leveraged wherever possible, and the sustaining attributes provide companies with a foundation of strength, however they may not be especially important. But first and foremost, those attributes aligned with corporate responsibility provide companies with the biggest opportunity to enhance their reputation.

3. Unleash the voice of the CEO:In a by-gone era, companies may have been able to get away with locking the CEO away in an ivory tower, wheeling them out sparingly during earnings season, and only having them address the media with the support of a carefully scripted tele-prompter speech. Today, in time of corporate brand activism, inter-connected digital ecosystems, 24/7 news cycle, and world of social change, a company CEO has to be visible, relevant, and vocal.

Those companies who find ways to unlock the potential voice of their CEO will reap the benefits of reputation gain. In particular, those companies with a familiar CEO who is viewed as responsible, ethical and caring can drive reputation advantage of nearly +3.0 pulse points.

4. Express your purposeful corporate story: When it comes to developing your company narrative, perhaps the new mantra for corporate communications professional is to “let your purpose be your guide”. Living and speaking to your company purpogenerates reputation lift, and when balanced with the artful delivery of an emotionally resonant and highly informative message, your corporate narrative can generate good will and drive good business – including increased levels of sales, intent to invest in, and higher net promoter score. To garner attention and relevant traction, the opportunity exists for companies to emotionally connect with the stakeholder by uniquely expressing the corporate back-story of what the enterprise stands for.

5. Influence the influencers: In many ways market influencers represent the potential tipping point for reputation, and are especially key to any company because of the potential impact they can have on Fence Sitters as third-party validators. Influencers represent the leading indicators of a company’s reputation, given they are actively engaged in the issues that matter to them and care deeply how their values aligns with a company’s moral, social, and economic agenda. 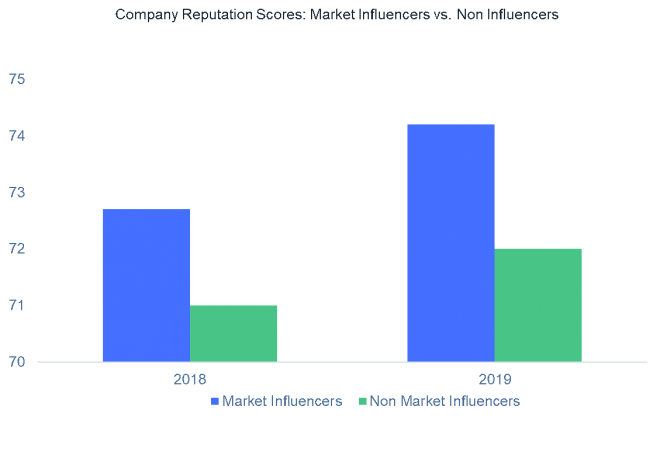 As seemingly ordinary people that exist among the general public (around 10 per cent) but who can extraordinary impact, they are either a company’s most passionate admirers, or harshest critics. Among the Global RepTrak 100 most reputable companies measured in 2019 (see figure five) influencers contribute to incremental positive reputation gain. This highlights that a company’s long-term success is dependent on the ability to actively engage influencers to yield elevated levels of positive impact.

Based on all this, the message to C-suite executives is clear. To win in the court of public opinion, companies need to provide evidence that their intent to conduct business with a commitment to social, environmental, employer, and fiscal responsibility is honourable. That means providing assurances related to the key things that matter to the stakeholders the company serves and to developing a fully integrated reputation strategy that delivers on the expectations for responsible corporate behaviour.

Doing so will build reputational equity and provide C-suite executives the luxury of being to tap into the bank of trust that is implicit in their company’s reputation when they most need. This deep trust can be leveraged in the eye of a crisis – and a way to emotionally differentiate the enterprise versus the competition, but for it to matter it needs to translate into more than lip serve. For a company to succeed in creating a stellar reputation, it needs to do and say the right thing – reinforcing its corporate rhetoric with meaningful action that can speak louder than words alone.

In this way, a company is better able to prevail during its judgement day, by having already won the hearts and minds of the general public. Subsequently, a company will be less likely to enter the courtroom of public opinion in a position that’s considered “guilty before being proven innocent.”. And more likely to canvass the critical swing vote it needs among the fence sitters, to ultimately build a strong if not excellent reputation.

And so, with all this in mind, how does your company plead?