A brief outline of brand Hungary

Even before the fall of the Berlin Wall, Hungary had a robust public relations sector that continues to flourish.

By
György Szondi
Communication Director Magazine
The Story of PR 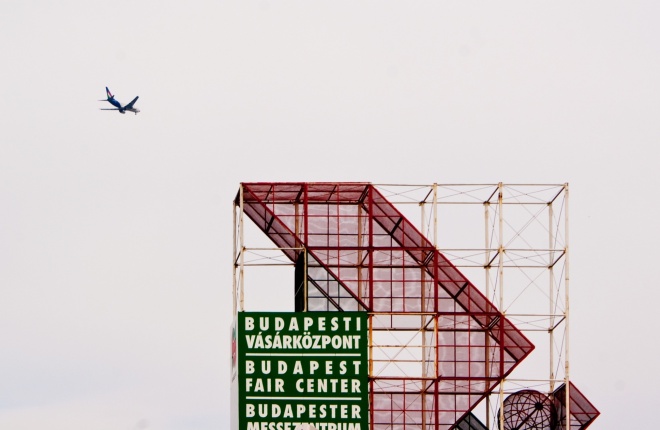 In November 2014 Europe will celebrate the 25th anniversary of the fall of the Berlin Wall, which marked the birth of market economies in eastern Europe.

According to the popular view, the fall of communism also marked the birth of the public relations industry in several eastern European countries. Many (western) writers are of the view that “there was no public relations in eastern Europe before 1989 because the concept was not acceptable under socialism.” This statement may hold true for Bulgaria (see the 01/2014 issue of this magazine) or Yugoslavia but it definitely does not for Hungary, where public relations dates back to the 1960s when the country embarked on economic and political liberalisation.

(Main image: A Malév aeroplane flies over Budapest. The bankruptcy of the Hungarian national airline was a textbook example of poor crisis communications. Photo: flickr.com/hettie)

PR in the socialist era

In January 1968 a series of economic and social reforms were launched in Hungary. The New Economic Mechanism attempted to combine features of central planning and those of the market mechanism. During the 1970s consumerism – together with a limited private sector in the form of small businesses and business partnerships – emerged in Hungary. Coinciding with the start of the reforms, Hungary’s first book on public relations was published in 1968 with the title Public Relations a Gyakorlatban (Public Relations in Practice).

In fact, it was the Hungarian Chamber of Commerce which consciously made use of and promoted public relations from the 1960s. The Chamber focused on export promotion and, in order to be more effective in foreign markets (particularly in capitalist countries), it turned its attention towards public relations. The Chamber’s aim was to promote export by creating strong corporate identities for Hungarian companies abroad as well as creating a strong country image in key markets.

In May 1966, the Chamber’s bi-monthly trade journal, Külkereskedelmi Propaganda (Foreign Trade Propaganda), devoted an entire issue to public relations. Twelve years later, the journal changed its title to Propaganda, Reklám and Public Relations, justifying the inclusion of public relations in its title as follows: “We wish to put public relations – an activity conducted with great success already in many countries– into its right place in our country”.

The Chamber also organised several training courses and seminars on public relations during the 1970s and 1980s where participants were awarded diplomas and were asked to write case studies about their own organisations. The first doctorate in public relations was defended as early as 1966.

The other line in the evolution of Hungarian public relations in the 1970s and 1980s was related to libraries, particularly the national library. Not only did it publish booklets on the subject but it also organised several conferences, seminars and clubs across the country about the theoretical and practical aspects of developing and maintaining relations with the public.

The first public relations conference in Hungary was organised in 1972 with more than 300 participants from all over the country and with several foreigners on the speakers’ list. By the 1980s, several organisations – department stores, export and trade companies, libraries as well as ministries – included public relations as a planned activity and a function clearly distinct from both advertising and propaganda. In 1988 the International Public Relations Association held its first east-west conference in Budapest.

After the fall of the Berlin Wall, public relations played a vital role in turning a centrally planned economy into a free market economy, involving the privatisation of 1,850 state owned firms and more than 11,000 hotels, shops and catering operations. The first Hungarian-owned agency, Publicpress, was established in October 1989 and international consultancies set up offices in Budapest to serve the newly arriving multinational companies. When the Hungarian Public Relations Association (HPRA) was established in December 1990, several of the 30 founding members already had long standing experience in public relations.

In 1992 public relations became a recognised profession by the Office of Central Statistics under the chapter of “business counselling”. In the same year, HPRA developed a standardised terminology and defined public relations as the “art of trust building”, a definition still frequently cited. Although public relations was already a university seminar topic during the 1970s, the first degree programmes exclusively devoted to the subject were launched in 1992. The first – and so far the only – public relations university department was established at the College of Foreign Trade in 1994 (the college is now part of the Budapest Business School).

The launch of PR Herald magazine in 1995 signalled the dynamic development of the public relations profession during the first half of the 1990s. In 2004 the journal was re-launched on-line (www.prherald.hu) and serves as the profession’s news portal, featuring case studies, trends and analysis. The journal has published two editions of its Who’s Who of Hungarian public relations. Kreatív, the marketing communication journal, devotes a section to public relations but there is currently no print magazine dedicated to the discipline.

During the 1990s many former journalists set up their own agencies by relying on their personal connections, while in the 2000s several former government officials and spokespeople left the public sector and set up agencies or worked as advisors. Many foreign-owned agencies faced the challenge of overcoming the lack of informal networks, which often meant that public tenders were won by the smaller, well-connected but often less professional firms.

In Hungary, public relations still remains strongly associated with media relations. According to a 2013 survey, media relations, media monitoring and analysis construct the bulk of the work of consultancies, followed by marketing public relations. Evaluating media relations (as well as other activities) remain high on the agenda and the debate is on-going about the use and abuse of advertising value equivalent as an accepted evaluation method.

Multinationals paved the way for corporate social responsibility in Hungary in the 2000s, and although it remains a hot topic, scepticism is on the rise. Corporate responsibility still does not construct an integral part of many companies’ business strategies but is often seen as an image management exercise and therefore managed under the auspice of the public relations department.

This has presented both challenges and great responsibility for in-house departments which often have to deal with shrinking budgets and limited resources. The Hungarian PR Association has done a lot to promote ethical practice: the Association’s CSR Best Practice Awards have been popular since its launch in 2006, the same year when June 1 was proclaimed as the Day of CSR.

The first lobby association was established in 2002. To make lobbying activities more transparent and accountable, the Lobbying Act was passed in 2006, defining the duties and obligations of lobbyists. In 2011, however, the conservative government abolished the original law, leaving the practice almost unregulated today.

Crisis communication emerged during the early 1990s but more out of necessity than a consciously-established field. The most frequent types of crises in Hungary have been political and company-based crises as well as industrial accidents. The country’s political culture is particularly characterised by permanent crises, which have both domestic and international dimensions. Political crisis communication is particularly dominant in today’s Hungary, especially given that any crisis will have a strong political dimension due to the heavy politicisation of the Hungarian media. Media outlets and journalists have strong political links and views and therefore impartial, let alone objective, media hardly exist in Hungary. The new media law of 2011 – which requires all media to provide “balanced” coverage of national and EU events – sparked controversy not only inside Hungary but abroad as well.

Industrial accidents are another type of crisis that Hungarian communicators have had to face during the past decade. The largest gas well eruption in Hungarian history started in 2000, and lasted over three months. The same year, 100,000 cubic meters of sludge contaminated with cyanide and heavy metals was released by a gold processing plant in Romania into Hungary’s second longest river. In October 2010 a waste depot dam storing millions of tons of red sludge broke, resulting in the deaths of 10 people and wounded more than 120. The original flood of 700,000 cubic meters of sludge turned into a two-meter high torrent and covered a vast area with an 8-10 cm surface of highly toxic red sludge. Public relations and crisis communication (and sometimes the lack of it) played an important part during the management of these crises, which often had long term consequences in lives and livelihoods of the local communities.

Finally, the global financial crisis had a huge impact on companies across Hungary. Though the entire public relations industry suffered from the direct and indirect impact of the crisis, public relations played a vital role in communicating factory closures, employee lay-offs, salary cuts or reductions in service. At the same time, the banking sector relied heavily on public relations to regain the trust of disillusioned citizens. The Hungarian public relations market has always been price sensitive – often at the expense of professionalism – but even more so during the financial crisis. Again, contracts or tenders were won by the cheapest offers rather than by the most professional, as smaller local agencies are usually willing to work for less. This was particularly true in the case of agencies manned by one or two persons that were set up just before or during the financial crisis by former politicians or journalists.

It was more than half a century ago that the term ‘public relations’ first appeared in Hungary. Practitioners of foreign trade quickly realized its importance in promoting Hungarian products and a strong country image abroad and soon after started to apply public relations tools to develop better relationships with domestic publics as well.

Since the fall of the Berlin Wall, the Hungarian PR Association has strived to represent and protect the interest of public relations and has had a vital role and responsibility in increasing the level of professionalism as well as showing clear directions for the profession. It is among the aims of Zsofia Lakatos - the Association’s newly elected president - to further increase the prestige of the HPRA and bring back the initial enthusiasm and dynamism which characterized the early years of the almost 25 years old Association.

György Szondi is a public relations scholar who has lectured at several universities across Europe, including the UK, Austria, Hungary, Poland and Estonia. He has designed and led communication training courses for the School of Government in the UK, the Government of Estonia, the Estonian Ministry of Social Affairs, and public diplomacy workshops for the Polish Ministry of Foreign Affairs and the EU’s European External Action Service in Brussels.