A world connected by dots

Wake up to the world of today, where the digital connections that bring people closer together allow for extraordinary brand and engagement opportunities. 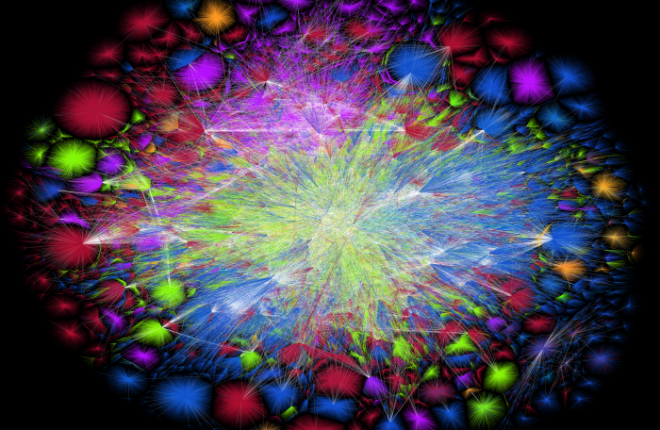 Our world is changing – and so are we. Almost everything today is becoming digital, and that includes not only the way we communicate but also our behaviour as human beings.

I once saw a very interesting interview between Bill Moyers of the PBS show World of Ideas and Isaac Asimov, one of the forefathers of science fiction and author of more than 500 books. In it, Asimov reflects on two essential concepts of the new “digital economy”. The first is the universality of information in a society increasingly connected by dots. The second is the way in which we access this information.

As many researchers and thinkers have already highlighted, the internet now facilitates the worldwide democratisation of information. Before the arrival of the world wide web (after the internet was born from ARPANET, the primary precursor network, in the US, it was Switzerland who gave birth to the world wide web at the acclaimed CERN research institute outside Geneva), it was extremely difficult – not to say almost impossible – for many people without resources to access education and information in so many countries across our planet.

Today, the situation has changed radically and new communication channels have opened a window onto a huge and exciting world of concepts, human stories and ideas that can be easily and comfortably accessed from our screen in the comfort of our homes. As Google likes to state, we are all one click away from our competitors, and this is an incredible advantage for all marketing and communication professionals: if we know how to use the tools effectively, they allow us to stay ahead in the new innovation era, where all of us are connected by dots.

I still remember how, at the 21st annual conference of the European Generic and Biosimilar Medicines Association in Berlin, our president began his opening speech by posing this question to the audience: “Do you remember what you were doing when you were 21?” This might sound like a light-hearted question, but, as I listened to the speech, I realised that, at 21, I was sending my first email to my parents from Washington DC, where I used to work at the correspondent office of the biggest daily Spanish newspaper.

I looked back in time and recalled that not so long ago, communication was still perceived as having a big gap between one side of the ocean and the other. But today you can be comfortably seated in your couch, sending the latest report to your colleagues in South America so they can read it in real time when they wake up in another part of the world.

Or even more amazing, is that people’s health and wellbeing have improved thanks to devices like Google Glass, when surgery can take place in real time from so many different and remote parts of the world with several doctors working online and debating the next step to take in front of the patient. And all of this in just one click!

Popularity, the public and the Pareto Principle

So how do we create a solid, engaged and coherent community around our brands and organisations? First (and this is hardly news) provide your followers with good, high-quality content. As we have heard so many times by now, less is more in communications. The Pareto Principle (named after Italian economist Vilfredo Pareto who in 1906 found that 80% of the land in Italy was owned by 20% of the population) never fails with social media channels: 80% of results usually come from 20% of the causes.

So why not try to be a bit less egocentric and add a bit more value by using 20% to speak about your brand and leave 80% to bring added value to your users? The logical consequence of this is that we will end up creating a long-term, real and loyal community around us. Try to speak less about yourself and more about others and you will gain a lot in terms of reputation, credibility and authority when referring to social media and building a strong community of followers.

Second, try to listen to your audience. It no longer makes sense to adopt a unilateral (even bilateral) dialogue, between brand and brand, peer-to-peer, you and me. This simply does not work with communications any longer. On the contrary, now more than ever the new agora needs to be an open and transparent forum for debate where there is always room for interaction… and for improvement! Of course, there will be critics.

Of course, we will receive some uncomfortable comments. But such is life, and before the arrival of social media platforms you were probably criticised outside of social media. So don’t you think that this is a great lesson to learn from and a chance to improve? Do we realise how much we have learnt so far from our followers and the invaluable information that this generates for a brand or an organisation? Each time I receive an invitation to speak at a conference, I do an exercise for one moment and practice a bit of crowd intelligence, another key concept in the world of social media.

And last, but not least, work on engagement. This word, used so often by the great pioneers of the new communications era, is so crucial that, if we fail to use it, our entire strategy will completely lack sense. Do not try to be active across all platforms – choose those where your audience is present. Dialogue with your users, follow them, retweet them and empower them because this is probably the best and only way to create a long-lasting community that remains vibrant as the years pass by. And raise awareness by engaging your partners, even your competitors, because this is probably the most successful way of moving the general public towards a central information point, sharing an idea or even changing a mindset or behaviour in a way that could last forever.

“Try to speak less about yourself and more about others and you will gain a lot in terms of reputation, credibility and authority when referring to social media and building a strong community of followers.”

Although not everything might be as good as the accolytes of social media tell us (and I include myself among this group), there is still plenty to be positive about. If we read Nicholas Carr’s great book Shallows (2010), we realise how, thanks to the development of unknown parts of our brain which are activated by using new channels of communications via social media, other parts – such as human personal relations – are diminished.

So the ideal situation would probably be to reach the right balance between both. We all belong to a world ruled largely by technology. But, still, technology can also turn human. Going back to Marshall McLuhan’s Understanding the Media: The Extensions of Man (1964), we know that the media is the message and that we are all part of this global village where all of us as individuals are connected and observed from a big brother that controls all our acts.

So how do we finally close the circle and try to connect all these dots? Imagine a world in silence, a world without noise, filled only with relevant conversations and where the unique reference point you had was the behaviour of other human beings around you reacting to your actions and matching your preferences. A world where you could start again from scratch, unlearn all you have learnt so far and go back to the beginning, where everything is possible again. A world where, through one tweet, one like, one share, you could cross borders, mountains and oceans and meet that person who, not even in your wildest dreams, could you ever have imagined meeting, not even by chance. This world, believe it or not, exists. And it has a name: today.

The main image by Barrett Lyon shows a map of the internet in 2015 created by The Opte Project. It is the first major release of the internet map since 2010. North America is represented by the colour blue, Europe by green, Latin America by purple, Asia Pacific by red, Africa by orange, and "Backbone" (highly connected networks) is white. See www.opte.org/the-internet

During her career, Doris Casares has contributed to designing the digital strategies of the International Generic Pharmaceutical Alliance (IGPA), European Generic and Biosimilar medicines Association and Spanish Generic Medicines Association (AESEG), as well as helping to develop the communications strategies of national generic and biosimilar markets across Europe. She is vice president of communications at the European Professional Women’s Network in Spain, collaborates with The Huffington Post and United Nations and has developed health and social entrepreneur cooperation projects in Chad, Ethiopia and Iran.