The case for rebranding Greece

Sustainable nation branding is paramount to economic recovery and should be high on the Greek agenda. 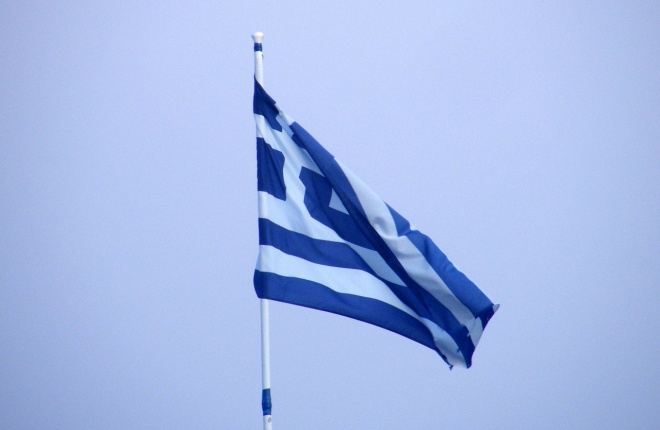 Between 2009 and 2011, Greece went from being seen as a stable eurozone member to Ground Zero in the Nation Brand Index, the concept of measuring global perceptions of countries across several dimensions such as culture, governance, people, exports, tourism, investment and immigration

The impact of the global financial crisis of 2008, in combination with deplorable state management during the last 35 years, a huge debt, punitive austerity measures, popular anti-austerity protests and the demonisation of the country by European media, was devastating. In particular, the anti-Greece campaign of mainstream European media took on grotesque proportions., seeming to push public opinion to conclude that the only solution to the problem is a Grexit because the whole country is populated by lazy and corrupt people.

A headline in the Dutch newspaper De Telegraaf on 19 May 2011 is characteristic: “Kick them out of the eurozone. Our citizens no longer want to pay for these wasteful Greeks.” Germany’s best selling tabloid Bild Zeitung was the champion of the Greek-bashing campaign, constantly referring to irresponsible practices of the past. In February this year the tabloid launched a new hate campaign with front-page headlines urging its readers to say “No” to “more billions to greedy Greeks”. Bild readers were invited to print a huge NEIN, take a selfie with it and e-mail it to the newspaper. It was not the first Bild Greek-bashing campaign and will probably not be the last one.

Many European politicians used the Greek crisis to monopolise the debate, changing the subject from job creation and investments to panic-driven austerity. EU member states from the north imposed their doctrine of cuts to countries like Portugal, Spain, Italy and Ireland. Most of all the German government forced other countries to follow policies that weakened their economies and their democracies. When citizens vote for a change of policy, especially those affecting their standard of living, but are told that these matters are determined by the eurozone or that they have no choice, both democracy and belief in the EU suffer. “Swiftboating” (the American term for unfair or unfounded political attacks) Greece became a common practice against the country.

The role of the Greek media – especially private television and radio channels – also contributed to the worsening of the country’s image. It showed a malformed image of Greek society at home and abroad. One could wonder, for example, why so many Greeks voted No at the last referendum, while 99% of mainstream media was in favour of a Yes vote. In Greece, media has traditionally been dominated by a group of business tycoons, with significant investments not only in media and publishing, but in sectors such as shipping, banking, oil, construction and insurance. Media owners have used their power over the 35 last years to wield major political and economic influence through the broadcasting of exaggerated pro-government propaganda and through the promotion of their own interests. Therefore the results of the 6 July 2015 referendum were remarkable for the current government, which has only marginal access to a traditionally hostile mainstream media. The exaggerated propaganda-style news coverage created a boomerang effect. Take for example the coverage of the two rallies for Yes and No on 3 July 2015. Greek media reported about 20,000 participants for Yes and 25,000 participants for No. However, aerial photographs reveal that the No rally was at least five times bigger. Therefore the credibility of mainstream media in Greece is quite low.

"Classic corporate branding is based on a combination of image, cause and effect, expectations and realities. It can successfully be adapted for nation branding as well."

After the rejection of proposals on austerity measures by the creditors of Greece in a referendum on 5 July 2015 the country lost its last credibility. It is crucial in the current situation and after the bailout deal of 13 July 2015 for Athens to find a way to accelerate the economic reconstruction and boost the country’s image.

During the past decade, nation branding has become a popular concept, studied by experts from multidisciplinary areas like communications, political sciences, diplomacy and international relations.

So how to rebuild the image of a state in such a deep crisis? Great brands are mostly built through public relations, not advertising. The role of communications in developing, disseminating and preserving brands is essential. Classic corporate branding is based on a combination of image, cause and effect, expectations and realities. It can successfully be adapted for nation branding as well.

Let’s take a look at two interesting national cases which, though not exactly similar with the Hellenic case, nevertheless give sufficient insight into how nation branding works

In Hong-Kong in 2003, 299 people died from Severe Acute Respiratory Syndrome (SARS). The city was perceived as the center of the global fight against the virus with serious consequences for local business and tourism. While global attention focused on fighting SARS, Hong Kong authorities and the private sector joined forces to prepare the post-crisis phase, promote economic recovery and prepare a post-SARS return to economic growth.

Hong-Kong authorities committed $129 million (€100 million) to a government programme seeking to: (a) promote local and international confidence in Hong-Kong; (b) promote business, tourism and local production; and (c) attract international business. An international communications plan was created to support these three objectives. The plan turned out to be very successful in restoring the confidence of the international community and in promoting economic recovery after the elimination of the virus.

In Iceland in 2010, the eruption of the Eyjafjallajökull volcano in April affected economic activities across Europe. The entire world felt the consequences of huge volcanic clouds of black ash. Airspace was closed down in major parts of Europe. Images of the volcanic eruptions together with chaotic queues in international airports could be seen in global media. The eruption was perceived as an international disaster and had major consequences for Iceland’s fragile economy.

A few weeks after the start of the blasts, the Icelandic government and 80 private companies from the tourism sector started a campaign with a budget of €4.5 million. The objectives were: (a) to decrease the negative effects of the volcanic activity on the tourist industry; (b) to maintain the same level of visitors as in 2009; and (c) to enhance Iceland’s image by taking advantage of the global media attention in the wake of the eruption. The successful campaign made use of conventional public relations, advertising and social media. The message that Iceland was open for business was well received and the target of rescuing tourist summer season 2010 was achieved.

A plan for recovery

In both the above cases we can see that strong private-public partnerships were able to raise the right budget, produce excellent communications and save the economy. So how do we re-brand Greece? Nation brands today are based on the economic, pragmatic and emotional value they deliver to their stakeholders.

Here are some suggestions for sustainable nation branding in Greece.

Reputation and image are fundamental for gaining the approval and admiration of stakeholders and the public. The best way to counter the image that “Greeks are crooked people” is to transparently drive out, purge and punish corruption. Transparency is essential to democracy. Increasing trust and credibility and reinforcing goodwill are important factors for reputation and image building; they can also be achieved through nation branding.

"Greece needs to show that it is emerging from the crisis. A clear and sustainable political commitment to act together is one of the cornerstones of achieving success in communicating Greece."

The restoration of the reputation of the country is paramount for economic recovery. The government should be actively involved in rebranding Greece in order to boost foreign direct investment and to support vital sectors of the economy like tourism, agriculture and shipping.

A co-operation between private and public sector on communications would sustain and inspire policy makers to find ways to boost the economy. I believe in Ivy Lee’s mantra, “Accuracy, Authenticity and Interest” as the core of good public relations: Ivy Lee was of course one of the founding fathers of sustainable public relations. What the country needs is an innovative and multidisciplinary approach: a constructive and out-of-the-box strategy allowing for simultaneous actions from different disciplines including communications. We can not wait for the new, improved product. We have to help the product to be improved. •