A prediction about the near future of corporate presentations 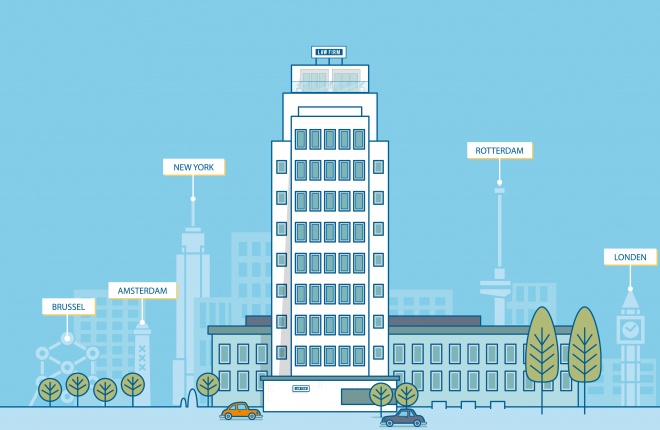 A report titled Fast Forward 2030: The Future of Work and the Workplace, by realty consulting firm CBRE and China-based Genesis, provides us with an interesting insight.

About 50 per cent of all occupations we know today will no longer exist by the time we raise our glass to celebrate the arrival of the year 2025. It’s a no-brainer that the pale computer hacking boy who used to live next door is who you should blame and artificial intelligence is what you should blame.

(Main image: A visual metaphor for the possible career of a talented law student. All Images by Mr. Prezident.)

As a communications professional, do you need to worry about this? Not per se. “New jobs will require creative intelligence, social and emotional intelligence and ability to leverage artificial intelligence. Those jobs will be immensely more fulfilling than today‘s jobs,“ the report says. This means that communications professionals are safe as long as both sender and receiver are made of human DNA and as long as the occupation does not just involve a single way of transmitting information.

After letting these results sink in and projecting them onto today’s communications, we must admit the trend of storytelling is here to stay. Future communications will be about sending and receiving emotions, which requires social and emotional intelligence. We all know that visuals, film footage and audio are the best carriers of stories and thus messages and emotions.

At this point we are all stuck in-between a generation that grew up with books, radio and television and a generation growing up with the internet. In a short while, it will be just the “internet-only” generation running the show, demanding a far greater amount of visual communication. Therefore, is visual storytelling the language of the future? You might consider the popularity of media like infographics, Instagram and YouTube as the first indicators of what it takes to captivate the next generation. 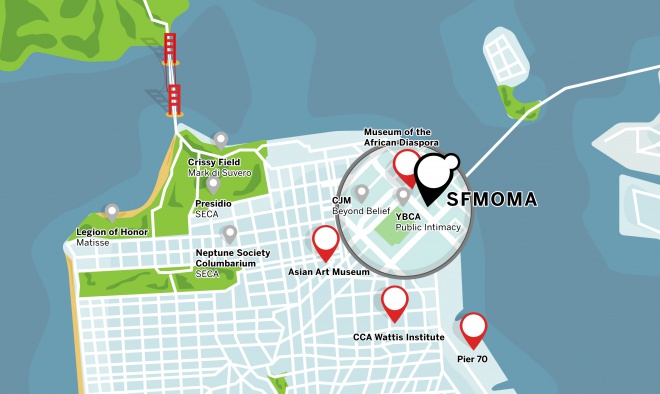 This internet generation, the generation Z, doesn’t really care about grammar, doesn’t really care about what app to use today (or tomorrow) and they do not care about information other than the actual message, emotion and social status they receive. This doesn’t make them, our future communication professionals, less eager or smart. In fact, this trend might allow them to get even smarter and more efficient when it come to processing and sharing information.

From the classroom to the boardroom

A revolution is happening in education and it all comes down to more visuals and the access and individualisation of information. A lot of tech visionaries are aware of this evolution. They are developing intuitive and strongly visual tools to help students collect, process and share information and ideas. Learning in the future means making sure to avoid an information overload by using technology as your personal bouncer.

Educators either embrace or ignore new technologies and communication principles, but in the end all their students will adopt innovation. Just like they will continue to take innovation and new ideas along with them through colleges and universities, straight into their cubicles and boardrooms. That’s when fundamental change occurs.

So what does it take to engage people visually?

You can usually tell whether or not a visual is well thought through. The complexity of information doesn’t necessarily affect the level of skills needed to come up with the actual creative concept. It’s about taking a step back and trying to figure out how you can explain the main message to a random outsider. Writing down your first visual story and the main structure of your story is the key to generating your first ideas. Skipping the details and/or coming up with a metaphor is often the road to simplicity and strong visuals. Next, try to make use of your resources when it comes to the execution. Find tools that might help you or ask a designer to create the visuals for you. In all cases, mind the quality of the execution: a messy visual is very distracting and it might hold your audience back from sharing or even understanding your message. If necessary, ask various groups of people for feedback. The following shortlist of trends and tools might help you see how versatile, limitless and easy your solutions can be, now and in the near future.

From small helpful tools to big disruptive trends - A shortlist of visual game changers that should be on your radar.

1. All things VR and augmented. Sitting in a Brooklyn sports bar, drinking a couple of beers with a former MIT-pioneer, left me dizzy for days and it wasn’t the beer. Sceptical as I was regarding virtual and augmented reality, this guy made me see the added value of visual information projected onto our daily lives. “Google Glass was a great way to prepare the masses for what is about to come,” my drinking partner said, “but it didn’t raise the bar technologically neither did it show us the future.” Recently Microsoft showed us the Hololens. It didn’t solve the Glass problem, but the promos did show everybody the impact virtual, augmented and holographic reality might have on our professions and households. Imagine what it would be like for kids to stand next to a knight in shining armour during history classes.

2. Design-it-yourself tools. ‘Everybody can be a graphic designer’ seems to be the proposition that convinced Silicon Valley-legend Guy Kawaski to help a start-up called Canva take things to the next level. By providing its users with a user-friendly interface and a database of attractive visuals, it takes just minutes to design your new brochure, Facebook cover photo, diner menu, business card and other forms of collateral design. I’m pretty sure Canva will claim its position as an easy to use Adobe Photoshop that will make some average freelancers eat the dust. There’s a bunch of start-ups working on similar tools so this trend is definitely happening.

3. Content. Communicators and content marketeers have always talked about the quality of content. So why is it worth mentioning now? Well it is because now Google thinks it is worth mentioning. Google’s recent developments concerning its algorithm are based on human interaction instead of technical interaction (like link building). Google now includes brand mentions and social activity in its algorithm. The Silicon Valley company even hired a small army of experts in order to manually judge the quality of content in websites. So make sure your content is updated frequently, is worth looking at, is worth sharing and is worth mentioning. This requires a lot more than some interns and service-desk employees playing with your Twitter and Facebook channels.

4. Presentation tools. With over 50 million users and over a 160 million presentations created already, Prezi is the first to disturb 20 years of slide deck domination. By using a digital canvas instead of slides, the structure of your story will become visible. By zooming in and out, details get visible and the power of repetition kicks in. The tool demands that the presenter take the presentation to the next level, both visually and conceptually. Features like online sharing and collaboration are all signs of Prezi knowing how to be future-proof. With some colleges and universities already obliging their students to work with Prezi, the software is becoming known as the next generation’s Powerpoint. Something recruiters in particular have to be aware of when planning to visit universities.

Another fresh presentation tool comes from the Seattle-based powerhouse Mircosoft. Where Prezi might leave some people dizzy when used wrongly, Sway allows you to leave one foot in the slide camp. Sway also has some great online features and visual gimmicks and it feels like the software is designed especially for touchscreens and one-on-one presenting. The software isn’t mature yet but the potential is huge. By being one of the youngest kids in the Office family, Microsoft might push Sway onto billions of computers and tablets somewhere in the near future. 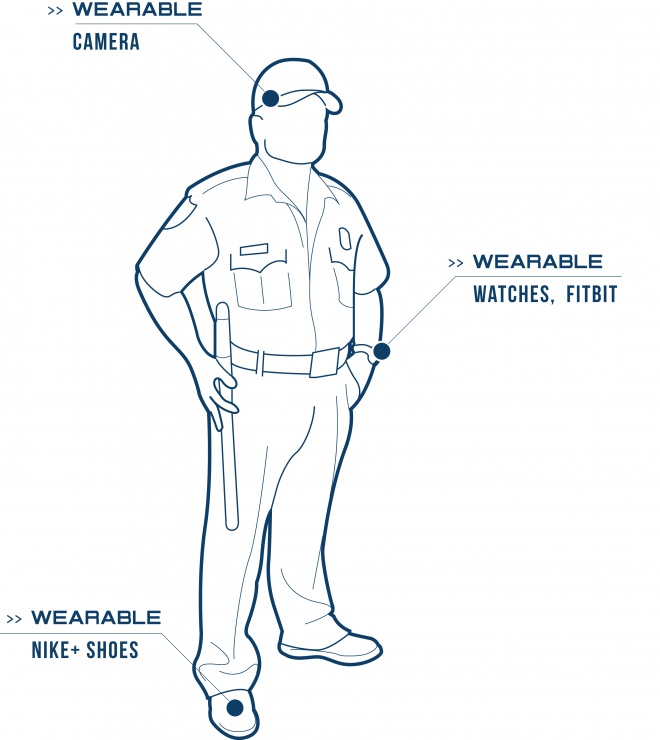 A police officer's gear is visualised 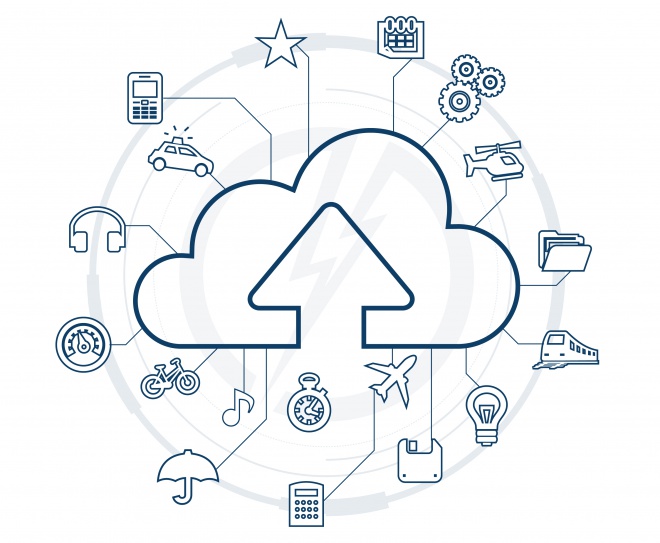 All names and trends mentioned above aren’t today’s news. This visual revolution was already happening yesterday and the tools mentioned are well-known and highly successful because of it. They are successful due to a similar vision of human interaction within our changing digital society. They all disrupt the way we visualise, share and control our stories.

Technology isn’t there anymore to help you cheat your way up to a strong online and real-life presence. Humans are going to decide whether your communications and brand is appealing enough to activate.

To be successful in such circumstances, organisations must raise their visual bar higher than ever before. They have to invest in a clear and genuine strategy, they have to reconsider their toolkits and they have to make sure the creative execution reflects the chosen strategy.

Generation Z is already influencing our society and economy. So in order to be a part of the near future’s sender and receiver game, be aware of your organisations visual storytelling capability and start sharing engaging content today.

Pieter Bosschaart is co-founder of the Amsterdam, New York and Singapore-based agency Mr.Prezident. Back in 2011, fellow students Paul van Hattem and Pieter were one of the first to focus on the strategy and design of corporate Prezi presentations. With clients in over 24 countries and a team of 20 strategists and graphic designers, they are now ready to take on all means of communications with their visual storytelling agency Picnic.