The wrong choice of words can shipwreck a political career 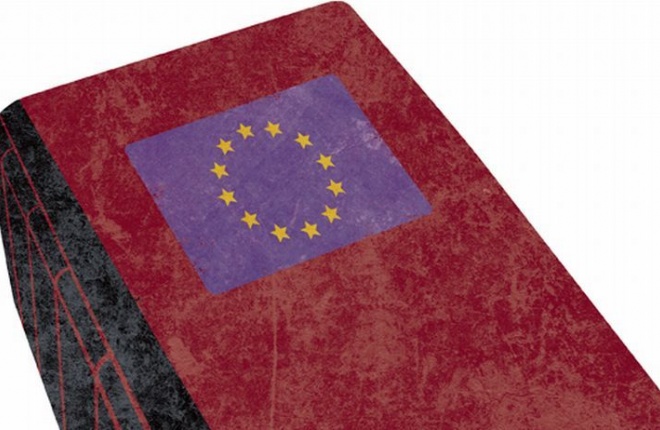 Communication is the currency of politics.

Politicians trade in discourse and argument, public statements and speeches, pamphlets and manifestos. The way they express themselves determines who they are and whether or not they will succeed in their profession. Keeping quiet for a politician is as useful as a shopkeeper who never opens his store.

So those who communicate on behalf of elected representatives may not quite be taking their lives in their hands when they issue press releases or talk to journalists but they certainly have the careers of their political masters in their hands. Yet getting heard often involves (requires, even) risk and stepping out of the comfort zone. Using an edgy title or controversial sound-bite in order to attract attention is often necessary, but can also spell disaster. It is not for nothing that press officers experience such a high turnover as, despite the maxim, the messenger is often the one to be shot.

Yet life on the edge can be addictive. Every day brings new dangers as well as rewarding experiences. The nature of the ever-changing political news cycle means infinite variety and challenge. Political careers rise and fall but the worst epithet for a politician is to have been anonymous or irrelevant. Political communication therefore matters a lot.

Writing a speech is not the same as writing a press release, or even a blog. Each requires a different approach, skill and an awareness of the audience. Good speeches are time consuming: research, structure, tone, style, language all combine together to create an impact on those listening and convince them by sheer force of argument. The British prime minister David Cameron's recent speech on Britain's place in Europe (23rd January) had been trailed for several months and had the daunting task of uniting a Conservative party split in several directions over the issue of EU membership.

Expectations ahead of the speech were sky high, for the prime minister's reputation and career depended on it. Arguably the future of the UK itself was at stake. Every word and nuance was carefully weighed up and scrutinised by a critical media.

Such a major policy statement was arrived at almost by accident. Following the EU summit in June 2012, Cameron had apparently indicated that he would favour a referendum in the UK if the EU were to push ahead with building full economic and monetary union. He was forced to develop this idea in a subsequent article in the Daily Telegraph. But rather than quell the rebellion within his party, the somewhat vague and non-committal language only fuelled it and they were soon calling for more details, which he promised to lay out in a major speech.

The speech had to mention a plan to renegotiate (repatriate) some powers from the EU and it had to offer up a referendum on membership whilst still sounding statesmanlike and avoiding diplomatic offence to other heads of government. Whether such a course of action was wise is debatable but the speech did do what was asked of it and calmed the atmosphere within the Tory party. The prime minister appeared later that day in the House of Commons with a stride in his step and a chorus of cheering MPs at his back. The speech had worked.

Press releases can be equally tricky to write, not because they take a long time to prepare but because they have to be so short. Those whose profession it is to speak on all manner of subjects and to all manner of audiences are not always masters of brevity. Language is condensed to its most terse. Facts are presented in brutal starkness and quotes pared down to their bare essentials. Everything that is superfluous is discarded so that the journalist gets the message as efficiently as possible. It is the opposite of writing a speech, but no less of a challenge. Journalists are flooded with information from all quarters and will be attracted only by the most concise and cogent communications.

"Press releases can be equally tricky to write, not because they take a long time to prepare but because they have to be so short."

Blogs and tweets are perfectly suited to direct, personal communication. Those following Twitter or blogs are looking for spontaneity and personability, not finely tuned, politically-correct masterpieces. Many politicians have succeeded in making a name for themselves in the twittersphere where previously they were rarely noticed by traditional media and, unencumbered by the standards and protocol of traditional communication, they have thrived in the new medium.

Being clear about whom you are addressing is obviously key to any successful communication, whether corporate or public sector. In the political sphere press work was traditionally targeted at journalists but the rapid growth of social media has led to a revolution in political communication. Firstly, politicians can now access their voters directly, bypassing journalists and editors. The general public is usually less informed on the details and so the language of communication must be adapted accordingly.

A press release to a Brussels-based journalist referring to the European semester, 6-pack, fiscal compact, ESM or SSM would not be considered strange. However, a similar message in a blog or newsletter to local constituents would look like a message from another planet.  Such acronyms become utterly meaningless to an audience that is not familiar with the terminology. Great care in the use of language is therefore essential if the communication is not to be wasted.

Communicating to a multi-lingual, multinational audience also benefits from simplicity. A press statement is not the occasion to show off one's rhetorical skills but rather the reverse - to express a message in clear and simple language that cannot be misunderstood or misrepresented. Colloquial expressions are best avoided, along with long words and convoluted phrases. Many of the recipients of political communication will not be native speakers.

Although English is quickly establishing itself as the international language of communication, with many non-native speakers exhibiting greater fluency than many native ones, it is still safer to assume that some messages may not be picked up or properly reported if the language is too complex. It is less a case of being lost in translation as being lost in the original.

This is probably not the time or place to examine the differences between corporate and political communication but one observation is that businesses tend to seek media attention when launching a new product, announcing a merger, presenting annual results or outlining successes. For the rest, they get on with running the company and media attention can even by an unwelcome distraction. Politicians, on the other hand, are either seeking to comment or react to media stories every day. It is a competition to get on air or in print.

The language is less calibrated than a carefully prepared corporate statement and there are generally no rules other than avoiding the charge of libel or calumny. The British parliament traditionally require members to address their colleagues as 'the right honourable member for X' in order to maintain a degree of polite decorum in debates. Indeed government and opposition benches are positioned two sword-lengths apart to avoid their predecessors from injuring each other when tempers flare. Even today, scuffles and punch-ups are not unknown in some parliamentary chambers around Europe when offence is caused by verbal attack.

Language can also be deployed to avoid potential conflict as well as incite it.

Having extolled the virtues of clarity and simplicity, the occasional deployment of a dose of constructive ambiguity can do wonders to defuse a potential conflict between differing views, especially when the outcome of a certain measure or legislation remains uncertain. It can be a cause of frustration to journalists, who will endeavour to read between the lines and dissect the language to get at the meaning hidden beneath, but a god-send to a press-officer or MEP steering a file between various national and political sensitivities.

One form of constructive ambiguity is mastering the art of generalisation. Most canny politicians standing for high office will endeavour to avoid committing themselves to any electoral promises they are not sure they will be able to fulfil. Entire libraries could be filled with the details of politicians whose careers foundered on the rocks of U-turns, breaking manifesto commitments or reneging on personal pledges. Furthermore, the scarcer the details of a certain policy proposal, the harder it is for political opponents to attack it.

"One form of constructive ambiguity is mastering the art of generalisation."

Election campaigns in particular can be quite nebulous and vague, aimed more at raising a candidate's star personal qualities and suitability for leadership than laying out the details of policy. Barack Obama thus successfully became the candidate of 'change' (whatever that means) in 2008 and inspired a generation with his positive up-beat message of 'yes we can'. Short, sharp, simple: it was hard to fault as a political election slogan and can apply to almost everything. Indeed it was subsequently taken up by numerous other causes and adverts, riding the wave of Obamamania.

This brings us to the use of positive or negative language in political communication. Broadly speaking, people want their leaders to offer hope and prospects of a brighter future, so persistent messages of doom and gloom are unlikely to attract a mass following. The news cycle already delivers a constant stream of death and destruction over which political elites have little or no influence. Where they do therefore, it is important that they offer a more uplifting message.

"People want their leaders to offer hope and prospects of a brighter future."

Parliamentary systems characterised by government and opposition tend to resort to confrontational politics and language. If one side says black, the other will invariably say white. National security issues, personal tragedies and the deployment of armed forces are the principal exceptions to the rule. Otherwise the government is there to govern and the job of the opposition is to return to power as soon as possible by constantly challenging the competence of the incumbent.

However, transnational parliaments and assemblies like the European parliament or Council of Europe do not face the same dynamics and a culture of collaboration pervades. Or at least there is a far greater degree of consensus on the broad questions, even if views differ on the details. This collegial atmosphere engenders cooperation rather than conflict and inevitably results in more compromising language as the goal is to seek common solutions rather than state ideological opposition for the sake of it. This is good for policy making but perhaps not so much for politics as the media thrives on confrontation and power games. Cosy deals, consensus and unanimity deprive correspondents and editors of a good story.

In conclusion, there are few taboos in the use of language in political communication. The objective of trying to stand out from a crowded field usually requires language to be pushed to the limits in the pursuit of good coverage. The only real constraints are ones of moral standards of behaviour amongst politicians - and even then they are generally protected by immunity privileges for expressing views that may appear objectionable. The increasing use of online communication through mass emailing can also lead to some technical restrictions on certain words in order to avoid spam filters. But otherwise the field is open to the richness and variety of language in communicating a succinct and effective message.

Neil Corlett has been spokesperson and head of press to the Liberal and Democrat group in the European Parliament (ALDE Group) since December 2004. He is responsible for coordinating and preparing the political message of the 85 MEPs and promoting their activities to the European media. Previously he worked as a policy adviser to the group in several areas including transport policy and budgetary matters. He was a Liberal Democrat parliamentary candidate in the European elections 2009 for the North West of England.