What will it mean when stakeholders have a consenus-based version of digital truth? 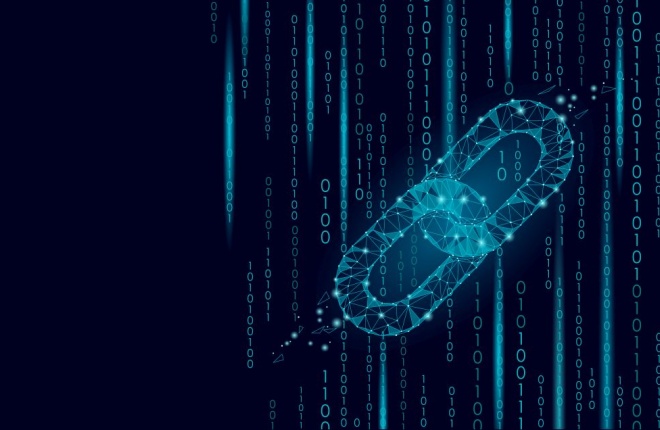 In October 2015, The Economist published its cover story about bitcoin and, more compellingly, the key technology that supports it: blockchain. (More later.)

Having spoken and written about this topic for nearly a year by this point, I excitedly wrote my colleague.

“No, Phil,” my colleague replied. “It’s just proof you’re not the only one who’s nuts.”

Since that cover story—from what is hardly an obscure fanzine for ardent crypto-enthusiasts—we’ve seen an explosion of cryptocurrencies, several compelling blockchain experiments from corporations (even governments) and, in parallel, rapidly increased interest from the media. If I was “nuts,” the madness is spreading and in truly remarkable ways.

Given all of this, why is our industry so reluctant to talk about the transformational effect that blockchain technology could have? Most surely, there are all of the evident signals that would ordinarily indicate a generational shift in how we think about technology and communications.

But we need to take this seriously—not only the technology but the philosophical shifts that give it life. For far too long our profession has relied on mastery of hierarchies in order to ply its trade. It must now understand how to operate in a world where consensus-based proof wins over institutional trust.

By way of an overview, a blockchain is a way to record data that is both consensus-based (participants or some majority thereof need to agree on the data) and tamper-proof (data is timestamped and grouped in blocks, with each block cryptographically linked to the previous one, forming a chain). Altering a record is rendered economically infeasible since it would involve rewriting all blocks afterward.

Given these characteristics, it could be said that a blockchain delivers a record of the shared digital truth between the network participants, based on proof rather than trust.

"For far too long our profession has relied on mastery of hierarchies in order to ply its trade."

Originally conceived by someone (or a group) calling itself “Satoshi Nakamoto,” blockchain technology was originally deployed as the way to record who held how much bitcoin, the first so-called “cryptocurrency.” While the idea of a ledger for recording financial holdings sounds fairly mundane, Nakamoto wanted to create “peer-to-peer digital cash” free from the limitations of the trust-based model. This meant:

Today, there are hundreds of cryptocurrencies that have joined Bitcoin—some with obvious utility, some far less-so. Just as compellingly, companies and consortia are taking the core blockchain ledger concept and looking to build greater efficiency and reliability in their business.

As a career communicator, it’s easy to point to times when a single, shared, consensus-driven version of digital truth would have been useful. In a crisis, particularly in the run-up to a recall, it often takes a distressingly long time to get all of the facts of who-knew-what-when and where processes failed—a trivial matter when an enterprise has had blockchain technology already deployed. (According to Fortune, a recent Walmart blockchain pilot project compressed the time it took to track its mango supply chain from more than six days to just a few seconds.)

Even in our personal lives, we accept the inefficiencies inherent in reconciling multiple versions of “digital truth” almost daily, such as the amount of time a bank transfer takes to show up in the target account or the settlement times in purchasing securities.

"As a career communicator, it’s easy to point to times when a single, shared, consensus-driven version of digital truth would have been useful."

But for all of this, there remain several relatively under-explored challenges.

For one thing, there is the pervasive notion that data stored on a blockchain equals “truth” in much the same way that pundits 15 years ago claimed that blogs automatically delivered transparency. This, of course, is almost fatally facile. As your grade-school computer lab teacher taught you: “garbage in, garbage out.”

For all of the brilliance that blockchain technology represents, the core challenge comes down to what I’ve started referring to as “the last millimeter”—that crucial spot where the data stored on a blockchain comes from a decidedly real-world source inhabited by erratic and flawed homo sapiens.

It’s well and good to have a temperature sensor (in, say, a poultry delivery truck) record its data to a blockchain, but such a sensor can be foiled by an ice cube or well-chilled soda can. Using an “oracle” (a term of art for an off-chain authoritative data source) might be a good idea until perhaps that source comes under the control of a party you disapprove of.

But the solutions to these problems are relatively simple, I think, and need not form additional rationale to support our industry’s characteristic reluctance to embrace this technology and the philosophies that support it. First, I argue that immutability isn't necessarily the primary benefit of a blockchain but, rather, consensus. In other words, nothing gets written until all parties (or a majority, depending on the system rules) agree on the data.

The more parties, the better. If the system was built to defraud its participants, the good news is that it would have to be completely up-front about its intentions.

Also, while it may be an easy matter to, say, place that ice cube on top of the temperature sensor, this is mitigated by the use of multiple sensors—in effect making this kind of fraud economically infeasible. Resurrected for a blockchain world, the phrase vires in numeris (“strength in numbers”) not only describes the consensus mechanism for recording data but gathering it as well.

Finally, blockchain technology is transformative enough without having to oversell it as “truth.” For all the reasons described above, a shared version of digital truth—within an enterprise, between industry participants, and a broad range of stakeholders—already enables applications and communications scenarios that weren’t possible before.

While many of the corporate-sponsored pilot projects that we've seen in this space have been stunning in their ambition and vision, no production-class case study in corporate adoption has yet emerged. I predict this will change in 2018. At the very least, the Australian Stock Exchange’s imminent deployment of blockchain technology could be highly instructive. We’ll likely see more deployments at scale this year.

My advice to all newcomers remains the same:

Toward a secure narrative

In closing, know that when you have access to a single, secure, consensus-based truth, you can start to conceive of what I have started calling a "secure narrative"—the result of pouring blockchain technology over conventional digital communications.

In simplest terms: traditional media publishing (e.g., print and broadcast) meant you could have "secure" content (the printed word was what it was; you couldn’t un-ring a bell once broadcasted) but not "open" (the means of production at scale were expensive).

With the advent of digital publishing and social media, the content wasn't secure (extremely malleable, in fact, as any Wikipedia-obsessed executive might tell you) but was very open—the barriers to entry were very low.

With blockchain technology, we can now conceive of both. In this exciting future, we can have previously unimagined certainty in our digital communications, plus the openness that can allow it to scale and be the most useful to the most stakeholders—companies, regulators, NGOs, media, and the public at-large.

"In this exciting future, we can have previously unimagined certainty in our digital communication."

As such, blockchain technology stands to mend the frayed fabric of digital trust, and so our trade must make every effort to contribute meaningfully to this ecosystem. In fact, as the conversation around native advertising has borne out in the U.S., our trade stands to help lead the discussion of ethical behavior and meaningful integration.

We therefore must approach this with confidence in the value of our trade's contributions, but also due humility in terms of the role we will play in cooperation with the innovators and thinkers who are already building this future.

We will only have one shot, lest any mishandled early efforts themselves become immutably recorded.

Phil Gomes is senior vice president, US of B2B Digital at Edelman, where he leads Edelman’s blockchain center-of-excellence and advises both enterprise and emerging companies on digital communications. His approach seeks shared surface area between hacker culture and corporate communications. Phil is widely considered to be the first PR professional to start a blog and the first to demonstrate blockchain technology’s potential impact in communications. He is also the communications director for the Chicago Blockchain Center, a public/private partnership.