In experts we trust again? 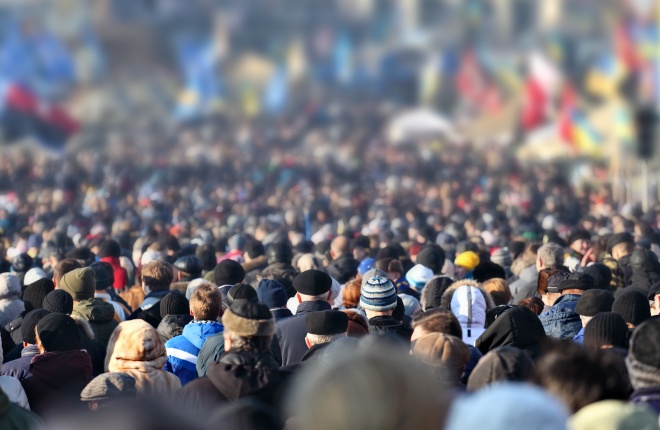 People may not have had enough of experts after all.

Contrary to British MP Michael Gove’s oft-quoted assertion, the general population increasingly considers voices of authority to be credible sources of information, after years of predominately relying on their peers. This is one of many surprising findings with far-reaching implications for communicators from the 18th annual Edelman Trust Barometer, a global study of the state of public trust in government, business, media and non-governmental organisations.

In the study of 33,000 people across 28 markets, trust in “a person like yourself” dropped six points to an all-time low, while trust in experts like academics, financial analysts and technical experts increased. Even trust in CEOs rose by seven points globally and eight points across the European Union,* after years of skepticism about the C-suite.

This shift may be symptomatic of a larger societal truth: at a time when people are grappling with whom and what to believe in, there’s a resurgence of trust in sources that will vet information and offer a sort of truth benchmark.

This year’s study, in particular, showed widespread fears about the spread of misinformation – 64 per cent of people in the EU are worried about fake news or false information being used as a weapon, and 57 per cent say that it is getting harder to tell whether a piece of news was produced by a respected media organisation.

This doesn’t mean that people are looking to the media to set the record straight; to the contrary, media is now the least trusted institution, actively distrusted in 22 out of 28 countries, including France, Germany, Italy, Spain, Sweden, the UK and Ireland. In fact, only about one-third of people trust the media to do what is right in France, the UK, Ireland and Sweden.

There are several reasons for this paradox, starting with how people in the EU define the media itself. Some consider platforms to be part of the media, including social media (39 per cent) and search engines (19 per cent), as well as newer kinds of publishers like brands (32 per cent) and influencers (17 per cent).

There is also the sense that the media is not doing its job, with 63 per cent of people in the EU saying media is more preoccupied with attracting a large audience rather than reporting a story, and 64 per cent saying they believe the media will sacrifice accuracy in order to be first to break a story. As a result, more than half of people in the EU (56 per cent) are actively disengaged from the news altogether.

Looking beyond the media to the state of trust in Europe more generally, this year was the first time the study indicated a disconnect between levels of trust and the broader macroeconomic or geopolitical picture.

In Europe, trust levels among the informed public – those with the highest education and levels of income – stayed largely stable in “neutral” trust territory, despite uncertainty from a range of troubles such as forming a coalition government in Germany, Catalonian independence struggles in Spain, a looming election in Italy and the ongoing saga of Brexit.

Not surprisingly then, when asked what is the most broken institution in the EU, respondents cited government– with the outlier being France, where trust in government increased, likely following the election of President Macron.

All of these findings demonstrate that earning trust can be increasingly complex and often paradoxical. The bright spot for corporate communicators is that business has unprecedented opportunity to build long-term value and fill the leadership void left by other institutions – if business seizes the moment.

Business is the second-most trusted institution globally, just behind NGOs, and far ahead of government and media. In Germany, business actually is the most trusted institution. What’s more, people expect businesses to make a difference far beyond their doors: 64 per cent of people globally agree that a company can take specific actions that both increase profits and improve the economic and social conditions in the community where it operates.

In fact, 56 per cent of respondents think that companies that only think about themselves and their profits are bound to fail.

CEOs, who are now more trusted, are expected to be catalysts for this change – 84 per cent of people expect CEOs to inform conversations and policy debates on key issues like climate change and automation, and 64 per cent of people globally (59 per cent in the EU) expect chief executive officers to lead on making change, rather than wait for government.

In fact, earning trust is viewed as a top priority for EU Cchief executive officers – just one point behind offering quality products and services.

Yet there’s a gap between expectation and reality, with 62 per cent of Europeans saying that chief executive officers are driven more by greed than by making a difference.  This is an opportunity where communicators can be champions of change, working with the C-suite and across all of an organisation’s stakeholder groups to help chart a course to determine where a company can make an effective and credible impact.

There are some specific and tangible actions corporate communicators to take to help make this happen. Some principles to apply from the Edelman Trust Barometer include:

The changing state of trust continues to advance both the role of the corporate communicator and how we practice our craft. In addition to continuing to be a strategic business partner, communicators would be wise to think more like journalists in order to earn trust: informing over advocating, presenting the facts in a clear manner, and engaging reliable sources to advance their companies’ missions.

The Edelman Trust Barometer is the firm’s 18th trust and credibility survey conducted by Edelman Intelligence, a global research and analytics consultancy. The online survey was conducted in 28 markets among over 33,000 respondents. All fieldwork was conducted between October 28 and November 20, 2017.

Michael Stewart is the president and chief executive officer of Edelman’s Europe and CIS region where he oversees 1,000 professionals in 18 offices and 13 markets. Prior to joining Edelman, Michael was a partner and global director of communications for McKinsey and Company, where he spent 12 years. Before joining McKinsey, Michael spent 15 years as an executive with international institutions concerned with business and society. He has held executive positions in the private and voluntary sectors in Brussels, Geneva, London, New York, Rio de Janeiro and Singapore and is a Fellow of the Royal Society of Arts and Manufactures, on the Board of Trustees of the Institute of Public Affairs and a member of the Page Society, The Seminar and Chatham House.

Deanna Tallon is senior adviser to Edelman global chief operating officer Mathew Harrington. She joined the firm in 2007 as vice president of editorial and creative; prior to that, she worked as an award-winning journalist at the Los Angeles Times.