Public value for all

A new, all-inclusive approach to corporate activism puts public value at its heart, with society and the environment accepted as active stakeholders of any corporation. It's time to join the sustainability revolution. 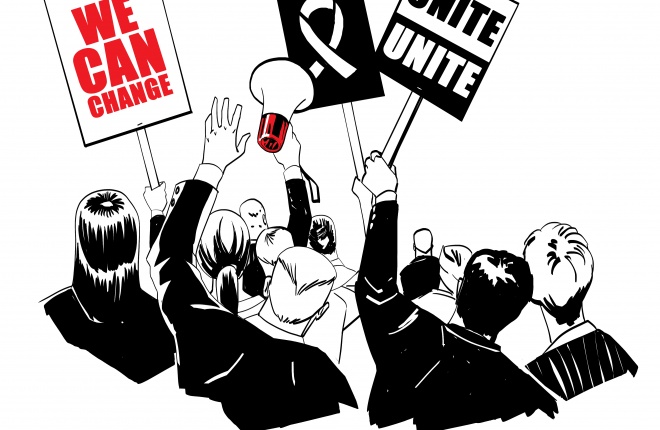 Imagine a world, where everything we buy is produced without any unfair treatment.

A world, where consumerism no longer destroys our planet; where business is driven by what the public values and where business addresses the needs of society and the environment; and where transparent and inclusive business practice leads to growth.

This is not science fiction. The call for public value is growing around the world. All of us, citizens and consumers, experience the increasingly damaging effects of climate change and over-exploitation of resources. And some of us have started to take action.

The 2018 Edelman Earned Brand study shows that a large majority of consumers around the world say they now either buy or boycott a brand because of its position on a social or political issue. Such behaviour, the report says, is a staggering increase of 13 points from last year. Belief-driven buyers are now the majority across markets, including the US, Japan, the UK, and Germany. This trend comes across all age groups and income levels.1

Such belief-driven attitudes can be found in other instances. In France, over 12000 students recently committed to refuse any job in one of the multinationals whose impact is considered predatory for the environment and society.

The students wrote in their manifesto: “Today, we can all choose between either perpetuating the destructive trajectory of our societies, being satisfied with the commitment of a minority of people and awaiting consequences; or collectively deciding to embrace a social and environmental mission in our daily lives and our businesses, and by so doing bringing change and avoiding any dead-end".3

Today, corporate social responsibility is a given in all multinational corporations, but ethical business has only become central to corporate strategies in around eight per cent of them.4 In these companies, addressing the needs of society and the environment is considered a priority, a way to generate growth and remain sustainable.

This trend started in the aftermath of the 2008 financial crisis. Some CEOs, such as Unilever’s Paul Polman or Danone’s Emmanuel Faber, understood the dangers of short-term thinking in business strategies. They foresaw that putting the interests of others ahead of their own would be in their self-interest.

Ten years later, external pressure often forces companies to transform. In October 2018, following an Oxfam campaign denouncing a lack of transparency in their supply chains, Aldi announced their intention to appoint a senior international director responsible for human and labour rights and to publish an international human rights policy. Oxfam had singled out Aldi for not having any senior executive in charge of human rights in their supply chains, and not having made any explicit commitments to the UN Guiding Principles and Human Rights.

“Brands are now being pushed to go beyond their classic business interests to become advocates”, Edelmann writes in its report. It is now a fact that companies and consumers have developed a new kind of relationship based on the brands’ willingness to live their values and act with a purpose that resonates in their ecosystem.

When the United Nations launched the Sustainable Development Goals (SDGs) three years ago, it became clear that the global challenges they were defining – ranging from climate, water and food crises, to poverty, conflict, corruption, and inequality – were in need of solutions that only the private sector could deliver. These challenges represent a growing market for business innovation, and the figures speak for themselves: the UN Global Compact leadership initiative argues that SDG-related market opportunities could be worth at least $12 trillion a year in revenue and savings by 2030. Its forecast breaks this down into $1.8 trillion in the field of health and wellbeing, $2.3 trillion in food and agriculture, $3.7 trillion in cities and urban mobility, and $4.3 trillion in energy and materials.

Public value considers both society and the environment as active stakeholders of any corporation and offers an all-inclusive approach of value creation for the benefit of society. With this approach, companies are not seen as being ‘good’ or ‘bad’ and there is no longer any blaming and shaming. Instead, collaboration among all stakeholders, dialogue and mutual understanding help find appropriate solutions.

"Public value considers both society and the environment as active stakeholders of any corporation."

What does public value mean to you?

Ahead of our Berlin Public Value Lab last September, we reached out to experts in large and medium companies, consulting firms, research institutions and NGOs and asked them what public value meant to them. We received over a hundred answers to our qualitative survey and the results were quite unexpected.

Although literature on public value is vast, the results of our survey show confusion over the concept of public value creation in the corporate sector. Answers to our first question: “What does Public Value mean to you?” point to either an emotional, value-based dimension or to a very concrete and tangible space, where proposed solutions are tested and impact future generations.

One word regularly appeared in respondents’ answers: for many, public value is about the “common use of best value”, the “common good” or the “shared commons”. In the emotional space of public value, respondents see public value as being “positive” and “benefiting society”. In a context of fake news, marketing techniques are no longer enough to inform corporations of what their stakeholders expect from them. Here, both inclusiveness and a multi-stakeholder approach are key in the mind of respondents.

In the tangible space of public value, the words that came most often were “impact”, “positive effect”, “KPIs” and “impactful”. Repeatedly, respondents saw that addressing the needs of society and the environment should be seen as potential growth opportunities. They articulated a long-term perspective that could increase the credibility of their organisation or corporation.

In all cases, respondents acknowledged the new emotional dimension of business and its impact on their own life, on their community and nature. They agreed that successful companies are those able to bridge emotions and solutions. That is exactly what CSR has been doing for the past 10 years. To build trust, however, it appears that transparency is no longer enough. Companies now need to include participation and a multi-stakeholder approach in their corporate strategy.

How can companies implement genuine dialogue with their ecosystem and reach mutual understanding with their customers without being seen as trying to green-wash their brand?

An interesting example came from France last year. France is a country where milk and cheese are essential, not only key to nutrition and gastronomy, but also a symbol of France’s national pride. The milk industry in France has a turnover of almost 30 billion EUR per year. With over 56,000 employees, it is the second biggest food-related industrial sector after meat processing. Milk producers, however, do not experience any of this pride, as the situation has become tragic: in France, one farmer commits suicide every other day.

"C’est qui le Patron?" [Who’s the Boss?] is a new initiative that quickly became successful, while breaking all traditional marketing rules.5 Its initiators call themselves a “useful brand that gives meaning to consumption” and offer only healthy and responsible products, even if they are more expensive than similar products. Their competitive advantage is not on production costs, but on “doing good”. Over a year after their creation, success is here: consumers increasingly prefer to pay up to 30 cents more a litre of milk so that farmers are decently paid.

To ensure the success of their marketing, prior commitment by consumers is essential. “C’est qui le Patron?” asks customers to fill a questionnaire on their website before the launch of any product. Once validated, products are manufactured by partner organisations sharing identical values and embracing the sustainable and responsible specifications selected by consumers. Advertising costs are replaced by a network communication that makes significant savings on the selling price.

In their world, network communication, sustainability and empathy are key, the keys to the new world we have imagined and now want to build together.

Sharing knowledge via our respective networks, relying on empathy to understand what works and what does not – we know these are successful features of activism. As the new business initiatives show us, corporate activism can also be a useful approach. It is now up to each citizen and consumer – to each one of us – to decide whether we want to be active in shaping the world we want to live in.

Dr. Virginie Coulloudon is the executive director of Your Public Value, a Berlin-based NGO focusing on business ethics and developing dialogue between business and society through Public Value Labs. Previously, she was group director for external relations at Transparency International, spokesperson of the Organisation for Security and Co-operation in Europe, and head of communications, Europe, at Radio Free Europe/Radio Liberty. A former investigative journalist and permanent correspondent in Moscow, she then was research director at the Harvard Davis Center for Russian Studies.