What's the purpose of PR?

Spin is dead: what millennials demand is purpose – in companies, in brands and in public relations. 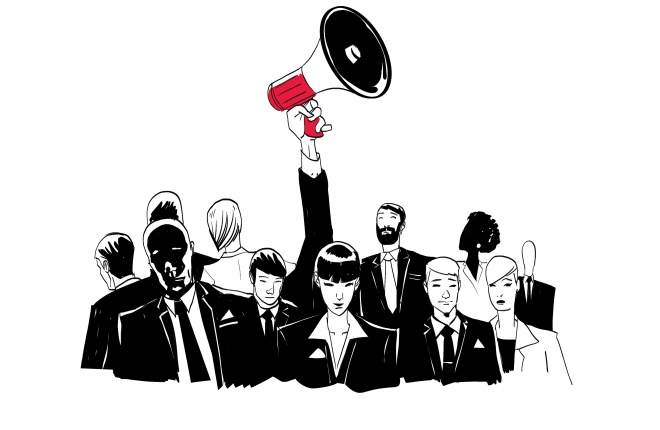 Around 12 years ago, I was on a date in central London. The guy, who had bought the first round of drinks, turned to me and asked what I did.

Me: “I’m actually a lobbyist.”

Him: “Oh right. I’ve never met anyone who works in a hotel.”

Now happily in a relationship (not with him) and having left the world of public affairs for public relations, while questions about what I do are no longer asked on dates, I am met with the same bleary-eyed stare each time I try to explain.

The question – what is PR – is, however, the wrong one. The real question we should be asking is: why PR? What is its purpose?

The Cambridge dictionary takes a fair stab at defining public relations as “the activity of keeping good relationships between an organisation and the general public.”  If we accept that, who are ‘the public’, and what do they want?

A new generation is on the ascendancy. They are angry, because they will probably earn less than those before them. They have a different view of companies and brands, and having started work in the age of social media are used to using their voice. They are the millennials and by 2025 they will make up 75 per cent of the world’s working population.

The ambitious social and environmental change our parents’ generation promised has not fully materialised. The difference is, we are committed to doing something about it.

The millennial manifesto is a very different one to that of the baby boomers. Some 75 per cent of millennials would take a pay cut to work at a purposeful company. It may surprise you that three quarters of millennials look at a company’s environmental, social and governance policies before even considering a job interview.

"Some 75 per cent of millennials would take a pay cut to work at a purposeful company."

Some 68 per cent vow that creating positive change is a “personal goal that I actively pursue”. In addition, more than nine in 10 millennials (93 per cent) buy brands that have a purpose beyond product.

Put in the simplest of terms: it is no longer enough to just sell. You have to sell your why. Moreover, this gets us closer to defining the purpose of public relations.

There are two uncomfortable truths that companies and brands are just now getting to grips with.

1. The first is around responsibility.

Apple was the first company to be worth 1 trillion US dollars. That makes Apple the 18th most powerful country in the world.

Along with Amazon and Alphabet – the trillion-dollar trinity – the three are more powerful in economic terms than either the UK, India or France.

What responsibility do we have as communicators for companies who can exert more financial, economic and political influence than democratically elected governments?

2. The second uncomfortable truth is around transparency.

If I told you today, on authority, that Tim Cook was about to resign, how long do you think it would take before rumours appeared on the BBC, Twitter and Gizmodo? And how far would that news spread?

To make the point in a different way, during the Russian revolution – just over 100 years ago – it took a telegram six days to reach one person in St Petersburg from Moscow. By contrast, it took less than six hours for the video of an alleged attack on a German citizen by two immigrants to reach millions of Germans, sparking violent protests.

Technology has given us great power. We demand to know anything, anywhere, and we have the tools to learn more, quicker.

The profound impact this has on how fast we consume information about companies is just being understood. What is new is how much information we demand from them. A different sort of revolution.

To recap: the millennial public expect a different way of doing business; great corporate power brings great communications responsibility; we can and therefore demand to know as much about companies as is possible.

Which brings us back to the original question – what is the purpose of public relations? Or to put it differently, what does purposeful PR look like?

If knowledge is the new economy, then information is its currency, and the public want it in as unadulterated, authentic flavour as it comes.  We don’t just want to know about what the company does. We want to know what the company thinks on important issues. For example, our own Authenticity Research for 2018 tells us that 60 per cent of UK consumers believe it is important for companies to express their views on a range of social issues from MeToo to Brexit.

Therefore, this has to be the first building block to purposeful public relations. We do what we do to create transparency and fulfil a need for information.

The other building blocks need to be about what sort of effect we are trying to have.

In its simplest form, public relations is a set of actions to get people to understand, so they believe or buy. That is the output. But what’s the outcome? Products and services have an impact. Nutritious food solves hunger. Recycled plastic bottles are better than their alternatives. Fairtrade products create employment in vulnerable, poor communities. Not buying that Patagonia jacket saves resources. Electricity from Ovo probably means less pollution in the long run.

So, we have two ‘effect’ building blocks here: 1) creating demand for ‘better, purposeful’ products, and 2) communications as a tool to support better outcomes. Better outcomes for business, for people and for the environment.

The third is change. When the Swedish government charged Returpac with increasing recycling rates, it gave them no legislative powers, and no powers to fine or to prosecute. Just a communications challenge: make people believe that recycling is good, and the opposite not civic and undesirable. Recycling rates in the Sweden have gone beyond 95 per cent.

And the last? There is a simple joy in the art of reading a great story. Or of understanding the reason for Nike’s championing of Colin Kapernick. Tell a Cannes Lions jury not to cry at Philips’ breathless choir’ project or plus size models that they can’t be proud of their ‘Real Beauty’, championed by Dove. The pursuit and delivery of happiness. The fourth building block.

Transparency. Better outcomes for me, you and for business. Behaviour change that’s better for all of us and just simple happiness.

If public relations needs a purpose we would do worse than to focus more on outcomes and what we’re trying to effect with our outputs. Coverage and clever Facebook videos are only useful if they create change.

And if companies and brands are expected to be more purposeful, shouldn’t PR too?

On average, consumers believe that a company should respond or take a stand on an issue within two weeks of it breaking. These are the highest-ranking forms of communication consumers want companies to engage in. And remember, consumers want to hear from the CEO!