#ResponsibleTax – the story so far

Creating a global dialogue on responsible tax, with a new consensus emerging 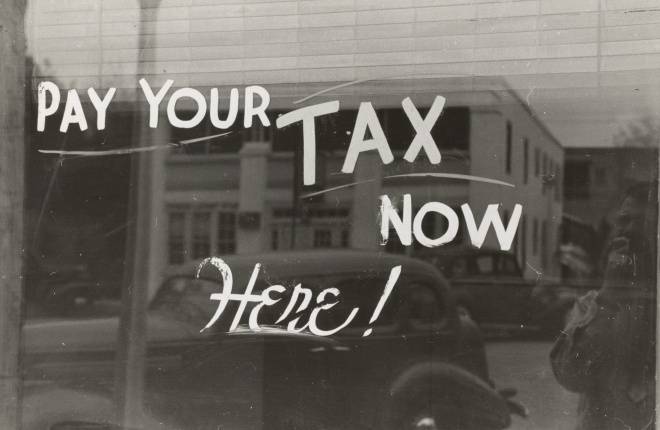 Photo by The New York Public Library on Unsplash

The Responsible Tax project started with a simple proposition – that tax is the entry fee we pay for a civilized society – and the project has since flourished into a growing global movement with a “wise crowd” community of over 1,300 experts and voices from across the spectrum.

This community started with a discussion among only 14 people in the UK and has flourished as a global peer-to-peer network of expertise, influence and change.

The conversation continues to expand across borders and industries, bringing a multitude of voices to the table, which/ otherwise would not be in the same room together.

The global programme includes a content and publishing platform (articles, audio, film) and a series of convening points, including a roundtable series hosted at national, regional and global levels. The first publication, Responsible Tax & the Developing World, was released in November 2017. A second title (What to Tax?) followed in mid-2018. Current areas of enquiry include Tax & Trust and Digitisation and Corporate Tax – with publications on these subjects scheduled for the second half of 2019.

An issue of significant public interest, the tax debate sits at the epicenter of the wider conversation on justice, fairness, globalization, digitization, (in)equality and trust. To openly address tensions in the world of tax, KPMG recognized the need for radical, new forms of communications and engagement, substantive action and more purpose-driven approaches to policy.  Conventional approaches were no longer an option.

The process of change

Challenge: A number of KPMG member firm partners worked with a small group of external stakeholders and provocateurs to help develop the original Responsible Tax proposition: that tax is the entry fee we pay for a civilized society and a new debate and consensus is required. Moreover, tax is a legal duty but does have a moral dimension. This is reflected in KPMG’s tax principles - informed by the stakeholder crowd - and in the wide-ranging online and offline debates (more information below).

Collaborate and content: Collaboration runs to the heart of the Responsible Tax project. Examples include Responsible Tax in the Developing World, an e-booklet promoting changes in the way tax in the developing world is approached and implemented, including contributions from organisations as diverse as Center for Global Development, OECD, Christian Aid and Shell International.

2018 saw Responsible Tax become a theme of wider global discussions, from the World Economic Forum to the B-Team. In February 2018, Chris Morgan, KPMG’s Global Head of Tax Policy, chaired a breakout session on the role of responsible tax at the launch conference of the Platform for Collaboration on Tax, a coalition between OECD, World Bank, IMF and the UN. What To Tax? – a publication bringing together 15 diverse and global perspectives - appeared towards the end of the year and was the focus for an Ideas Exchange, convened in London in the autumn.

The collaborative spirit continues in 2019, through a series of events, roundtables and publications. Meanwhile, the Responsible Tax web platform continues to be a rich source of ideas, challenges and inspirations from across the community. Recent subjects covered include: should we tax wealth – a question posed by former UK Government Minister, David Willets; issues surrounding land and property taxes; plus ideas on the impact and implications of blockchain.

It has established productive relationships with the OECD, UN, World Bank, IMF, EU Commission, EU Parliament (and others) and has a working relationship with a wide number of NGOs and development organisations, including Oxfam, Action Aid, Christian Aid, TJN, Transparency International, CAFOD, ICRICT, and CGD.

Global discussions in 2017 included Life After BEPS in January in Paris, led by KPMG with the OECD’s Pascal Saint-Amans, among others; Responsible Tax in the Developing World in April in London (with Lord Rowan Williams and others); Developing Trust in June in Copenhagen, and a discussion on Avoidance vs. Evasion in Amsterdam in September. Full reports on these events are available on the Responsible Tax web platform.

2018 and 2019 have seen partnerships in development with OECD and World Economic Forum, specifically on the subject of globalization, digitization and the future of corporate taxation and roundtables have been held in Paris, Rome, Cancun, Nairobi, Cape Town and London.  The future of Corporate Taxation was explored in further depth at a specially-convened roundtable in Brussels in late June. Prior to that, the issue of Tax and Trust was covered at a roundtable in Dublin in May/ June – reports will be made available on the web platform.

KPMG — with the support of Jericho Chambers — is now leading a critically important global debate and a different conversation around responsible tax. New voices representing actors from across the political spectrum are included in the conversation, which is open and collaborative and extends way beyond the usual echo chambers. At its heart, the Responsible Tax movement is leading to the development of new ideas and better tax policy.

It remains true to new organising principles for communications and engagement, based on activism, participation, accountability and dissent..

Jane McCormick is global head of tax and legal services for KPMG, where she has advised multinational clients and held a number of leadership positions. Together with Jericho Chambers she founded the Responsible Tax project in the UK in 2013 and is now taking it global.